I don't cry easily, never did really, not to say I haven't had my tearful moments but in recent years even though I might get emotional or feel as though I could cry but then I just water up a bit and then it passes. I've thought maybe it's just age or that I am all cried out.

And then I watched this. 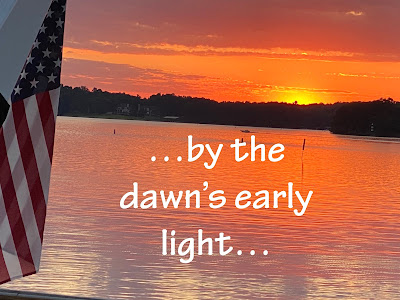 An intercepted conversation between a Senior Tempter and his apprentice:

"The use of widespread crisis is to distract the attention of men from their real dangers. The game is to have them all running about with fire extinguishers whenever there is a flood, and all crowding to that side of the boat which is already nearly submerged... As a result, while their minds are buzzing in this vacuum, we have the better chance to slip in and bend them to the action we have decided on.”

(Adapted from The Screwtape Letters by C.S. Lewis)

This is going to be a long one but as we come to another Independence Day, I must confess, it breaks my heart to see the country I have loved all my life being allowed to be destroyed because those who fear to speak out will not lest they be labeled ‘racist’. If this continues, if those who can still speak, do not, there will be no more reason to celebrate July 4th because the opportunity for speaking will be eliminated, as has happened over and over again under the boot of Communism.

America was never perfect, just as no country on earth in the history of mankind has ever been perfect. Why? Because countries are created and run by humans. But what America has always been the standard for other countries to be modeled after is respect for individualism and the right to speak which was wisely inserted into our Constitution. This was not established by perfect men but it did set a benchmark for humans to be able to pursue happiness as they define it as individuals. There are no guarantees in the document that defines the American way of life, just the opportunity to try. Promised to every citizen. Do it or don’t. Your choice.

But the current mayhem, seizing on the Covid-19 opportunity, is seeking to destroy this fundamental right and hypocrisy is the operating system. This is a common tool that satan uses quite successfully, because it is diversionary and redefines good and evil. Even as the latest focus is on the kind of slavery that no longer exists in America, pedophilia, child abduction, sex slavery do and are well-acknowledged as global multi-billion dollar businesses. Given all the light shed on Epstein and the elite who partied with him, for years, it’s not all that big a leap to assume the cesspool is deeper and wider and that his death instantly and so conveniently took the spotlight off the topic. But that does not mean it doesn’t occur. Where is the outcry for this slavery though?

Regardless our desire to ignore the ugly and focus on all things beautiful, evil does exist and is allowed to do unfathomable damage by those who choose to turn a blind eye as much as those who practice it. And it usually finds ways to assume power because it always knows how to garner financial support. The love and worship of money is the root of all evil so money often does equate to power. If a rich politician or celebrity has an opinion, he/she must be right. Right?

Those whom we choose to idolize and trust and herd us is a real and ever-growing danger to the future of our country.

Evil comes in all sorts of forms too, but most usually slides into society dressed up as righteousness. The Devil is clever that way. History is a teacher and should never be allowed to be erased because of current ‘feelings’. As Hitler came to power, most of the educated, credentialed ‘elite’ chose silence. Even in the end, when the unspeakable evil that had taken over Germany began to be revealed, there were still many who refused to believe what was true because, while in power, the propaganda pushed out by the Nazis, in the form of news and motion pictures, seemed easier to digest even after the truth reared its nasty head. Pretty lies are always easier to digest than unpleasant truth. In later years, during the Nuremberg Trials, the most recurring response to the question, “Why did you let this happen?” was - “I was just following orders.”

Years ago I was at a neighborhood party of a friend. I had a casual conversation with a woman who was born in Germany and was a young child during the war. Her well to do family was able to immigrate to the US. I don’t recall how the topic began but somehow it segued into the touchy topic of evil in power during the Hitler era but the conversation abruptly ended as she swelled up in a chin out pose of righteous indignation and replied in a thick German accent, ‘It vas not so bad!’

Thus, it is so much easier to fool people than to make them accept they have been fooled. What is true and real is gold, though, not glitter. It stands the test of time. It doesn’t change with the latest human definition of sensibility or ‘rightness’.

My frustration is knowing that in any given moment, we are mostly lied to and manipulated by those who do have dark agendas and yet who believe they are ‘right’ and therefore anyone who disagrees should be silenced. Or worse.

Our only defense against this onslaught to destroy what was once blessed into being is to be willing to ask tough questions, stay free-thinking, open to God’s truth, not man’s, and to be willing to speak out when it is clear that evil is afoot.

Even if it means being in the minority and/or being at risk of being suicided, or shunned by people we have loved all our lives, ultimately, not being under the spell of delusion is worth it.

In the depth of my soul I know this is a bigger war and more about finally and at last doing away with anything that resembles Christian values. Is it possible we are in the edges of the End of Days? If so, I stand on this: I will not denounce my faith or be silenced or cowed down anymore. Do with me as you wish. Shun me, vilify me.

This blog is owned by Google and therefore I am at the mercy of being blocked or erased because that is what those in charge of social media are doing now but over the next few weeks I will be posting here the words of those who feel silenced by the new virus known as the ‘cancel culture’.

I conclude that I can’t remain silent anymore and also claim that I am, 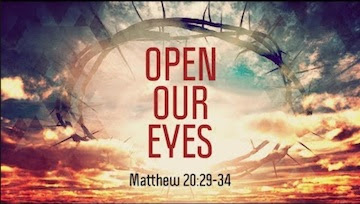 In her last few months, my sister and I had some pretty deep conversations. We talked quite a lot about the state of the world, the insanity that seems to be spreading much  worse than a virus. We often reminisced about our history, our childhoods and the different perspectives we had of our mother. Jo, being twelve years older than I, and since she was the first born, had to deal with a younger, less experienced mother than I did.

Jo, born in 1935, spent her tender formative years as World War 2 was raging and doing without and rationing was the norm. Life was much different for her as a child than it was for me, as I was born two years after the war was over and life was in the surge of high hopes recovery mode. Thus Jo, even though she was one who always considered the glass to be half full, right to the end, still fretted over the cost of things.

On our weekly shopping days, she would stop and compare the price of different brands of chicken breast. If one brand was ten cents cheaper per pound, that’s the one she would pick. In reality, she didn’t have to care about the cost of her groceries but she did because it was ingrained in her. It was part of who she was. She loved a bargain more than anything. Getting something BOGO made her day.

She also liked things tidy. Even when she hurt everywhere and could hardly walk, she made her bed and cleaned up her little kitchen after every meal. She would not think of leaving the house, even a quick trip to the grocery store, without makeup or hair done or her outfit matching her shoes and purse. Even when she was days away from being bed bound she insisted on getting her hair cut and permed. Then, even after she was bed bound, she insisted that her chin hairs be shaved.

To her last day she represented her generation with best effort.

Above all else, she was a good mother who loved her family. One of the more difficult topics we broached was the tough reality of having to leave our loved ones as we move on from this fleshly plane. Even as she fretted over the cost of things, she stressed over any and all life difficulties her offspring might be dealing with.

I tried to reassure her that, not only is it impossible to shuffle off this mortal coil with everything tidied up, we aren’t assigned to manage the lives of our children or devise their destinies. We are each and everyone, responsible for our own choices. Our progeny reap the rewards or consequences of their actions just as we have in our lives. All we can hope is that, somewhere along the way, we taught them how to discern what a good choice is.

Ultimately, we grow up, in our own eras, to be the people we are, highly influenced by our collective experiences, wisdom, joy, grief, regrets, all pulled together to be the sum of us.

As Jo and I discussed this, I had little hope that she would be comforted by anything I could say. Fretting was also one of those ingrained habits. I concluded that, truly our only option is just to pray for those we love. Pray that they are open to want God’s will more than they are determined to have their own way or that they can see the difference between choices made with emotion and those made with spiritual awareness.

…  That they recognize their own strengths as well as shortcomings.

… That they learn from their wise choices as well as their unwise ones and resist repeating those.

… That they choose God’s righteousness over self-righteousness, even if it means being at odds with the world.

And above all else that they willingly desire to have a personal relationship with Christ that is theirs alone so they can stay on the best path possible, regardless what others do.

Deliver us from evil, shield us from tragedy, and open our eyes, Lord.