The Elephant and Social Justice 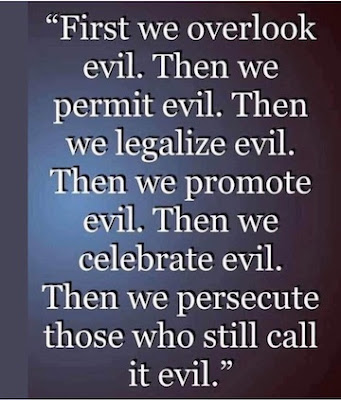 If you assembled a random, diverse group of twelve people together and asked them, “What does Social Justice look like?” Would you expect to get a consensus? Would you get mostly similar answers with variations based on individual biases/experiences? Would you get some unexpectedly passionate answers?

Would you find that some answers were vague and perhaps more idealistic than realistic?

Would it be not unlike the blind men describing the elephant by the small parts they could touch?

Social Justice, as a war cry, has done a predictable number on the gullible American people (all ethnicities included). Since we have been carefully conditioned for decades to accept that being ‘good’ and ‘fair’ is our mandate to make up for any and all success we might have achieved, we are ripe for shame manipulation. If we have built businesses we are especially called upon to step up to the demands of virtue signaling or risk being boycotted. But, just as one can’t define ‘love’ and ‘hate’, you can’t really pinpoint a specific definition for goodness and fairness either. Like gender, nowadays, these are fluid conditions and depend on who, and under what circumstances, is interpreting.

To one, Social Justice might mean laws put in place to protect and insure that no one is discriminated against based on race, gender, age, or religion. Of course, that was done with the passing of the Civil Rights Law of 1964.

Someone else might say that Social Justice represents zero police brutality. Does that mean that no one, even if they resist arrest, should be man-handled? Does it mean no perp because of color should ever be arrested for theft, assault, rape, child abuse, or murder because some overly zealous cop might get too rough?

Does Social Justice mean minorities should be given extra help up the ladder by putting pressure on companies to fill a ‘color quota’ such as Affirmative Action? Does it mean that minorities of color should be allowed to go to the head of the line of college applicants and be exempt from taking SATs and ACTs?

Does Social Justice require that laws be put in place that can be interpreted loosely to fit situations that point to specific racist based hate? How does that work? How do you determine that a crime/offense was specifically committed based on hate and, if that were even possible, what difference does it make anyway? Is not all crime based in some kind of hate? How close are we to the Thought Police stage of our development?

If Social Justice was a real thing that we could actually agree on, would we all be required to take sensitivity training classes so that we could get better in touch with our good and fair sides? Would we already be living in Utopia where unicorns and butterflies chase each other under a big rainbow?

When the riots started I noticed an uptick in heartfelt posts in social media asking us to just love one another. To take a test to really examine ourselves and expose our hidden racism, the classic call to our ‘good’ and ‘fair’ sides. But, frankly, I decided it was time to set the blue pill aside. I’m not racist nor ever have been but I am tribal, like most humans. I love my tribe. We are no different that any other American family. When we have a gathering of friends and family we are uniquely inclusive. However, we have always invited those we know and allow for new folks to be able to invite guests to join. This open invitation has allowed us to broaden our circle over time. Would Social Justice mean that we should go out into the dark alleys of downtown Atlanta and invite drug addicts, gang members and career criminals to attend one of our parties in the interest of diversity, goodness and fairness? I think not for obvious reasons but does that make us racist or just prudent?

I live honorably as best I can, for one thing, because I abide by my Christian tenets which supersede most manmade laws. I understand that humans are naturally more comfortable with their own kind but who, if standing by certain values, have no ill will against any other person, regardless of race. How ironic that Christianity is one of the most vilified religions in the world and is now threatened with being erased and yet holds the very principles that define real Social Justice and is about as close as we will ever come.

Social Justice begins and ends with individual accountability or it is just an illusion devised to herd us toward a dark agenda. Those with such agendas will continue to play us though, regardless our race, for all it’s worth, and apparently they count on us being too busy being good and fair and thus blind to see the whole elephant.