(Matthew 25:28-30) Take ye away therefore the talent from him, and give it unto him that hath the ten talents. (25:29) For unto every one that hath shall be given, and he shall have abundance: but from him that hath not, even that which he hath shall be taken away.  (25:30) And cast ye out the unprofitable servant into the outer darkness: there shall be the weeping and the gnashing of teeth. 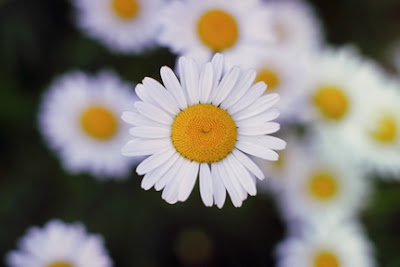 My mother planted flowers everywhere we lived. No matter how simple, old, or shabby the dwelling, she brightened it up with blooming color. Her philosophy was that everyone should leave a place better than they found it and she lived this tenet in the only way she could afford by planting seeds and seedlings into soil she had first turned with a good fertilizer.

It has occurred to me, as I remembered this lesson from my mother, that this exemplifies in a way I have never considered before the parable of the talents.

Jesus tells the story of the master who entrusts to three servants five, two, and one talent. The first two servants get right to work and double their portions and when the master returns he commends them for their industriousness. There is no report that the servant with only two talents is jealous of the servant who has five. The story concludes with the servant who was given one talent complaining that the master was too hard on him and so he buried the talent and offers it back to his master un-multiplied. The master is angry and takes away the talent and gives it to the first servant.

I’ve heard it said that this master was cruel and mean-spirited for not giving equal portions to each servant and thus being more “fair”, giving each servant an equal chance to do good things like the others. To these I say, you have completely missed the point.

First of all, nothing is fair in this life or was ever promised to be except in regards to one thing: we each have an equal opportunity to do the best we can with what we have, be good stewards of what we’ve been charged with, bloom where we are planted and if and when we move on leave where we were better than we found it, and thus ourselves enriched and grown for the experience. Everyone, without exception is issued this “talent” but many never recognize or seize the chance in front of them, mores the pity.

A young woman dreams of being a movie star. She longs for the fame and riches she thinks comes with performing on the silver screen. With no way to fulfill her burning desire she settles for less and marries a young man who drives a milk delivery truck. She tucks her dream away and soon has two children to care for. But the ache to be something she could never be pulls on her and, over time, she becomes sullen, moody and withdrawn. Several times a year, without warning, she runs away, “to find herself” leaving behind her steady husband who takes care of the kids and drives his milk truck. When she runs out of money, she comes back home, unrepentant, taking up where she left off. She is never happy though, and makes this clear to her long-suffering husband and her children grow up knowing that they can never please her in any way. Her story ends in a shelter for indigents. She dies alone, her husband having died years before, her children far away from her, who think on her death as one would pause over the demise of a distant relative.

A young teen, full of promise, destined for law school, gets his girlfriend pregnant and because it is the norm of the day, they marry and move in with his parents until the baby is born. The part time job he works as a salesman in a men’s clothing store becomes a full time job when he finishes high school. College is not a possibility. By the time he is twenty-six he has been promoted to assistant manager and is the father of three. Every day of his life his resentment for his wife burns in his gut like an ulcer, as he works and she stays home with the kids. In his mind, the marriage and his little family is the thing that keeps him back, holds his dreams of being a successful attorney out of reach. He doesn’t like being at home so he finds reasons to stay away, and often self-medicates his heart-sickness with alcohol. He meets numerous women in the bar that becomes his secret retreat from the life he was given. By the time he is thirty-two, he is all spent, divorced, an alcoholic and out of work.

Another young woman marries the summer after she graduates from high school to a young man who is soon to be deployed to Viet Nam. They have two weeks of married bliss before he departs with his unit. On his first short leave home, she conceives. He returns to war and never gets to meet his son. She, determined to find happiness, works full time and goes to night school. Being sleep deprived, over-worked, and under-helped, she digs in with the hope that one day it will be better for her and her child. Eventually she gets a business degree and finds a good job. She also meets a man who seems to be everything she ever wanted. They marry and soon she has another child. Three years later she discovers he is not the stellar man she thought but a cheater, liar and an embezzler. He is caught, put in prison and she, over-whelmed by debt, in her name, that she had previously known nothing of, loses her house, her car, her good credit and reputation and struggles to support her children on one-third the income she had made before. For several years she cleans houses on the weekends for grocery money.

Through it all, even in the darkest most difficult days, she never loses hope that one day things would be better for her and her children and it is this hope that keeps her moving one foot in front of the other. Being sole provider she has to be everything, which means she never sleeps more than four hours a night. If her child is sick in the night, she nurses him and still gets up and gets to work. She cleans her house in the evenings after she  has cleaned other houses. She never misses a school event or a soccer game. Her children grow up healthy and both graduate from college with honors. 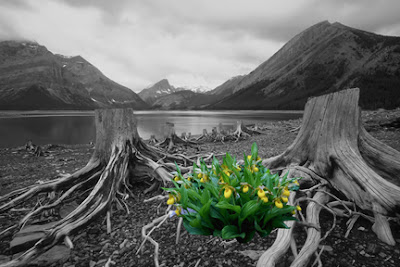 Though the old dream of having a normal home life with a loving husband was not the life she had been given, she never wallowed in self pity or groused that hers was a life wasted. On holidays, when her grown children come to visit her, bringing their children with them, they usually find her in her back garden, digging in the dirt, planting roses or some other blooming plant. Her yard is the envy of the neighborhood and she is happy.

Conclusion: The only difference between flourishing and dying on the vine depends on how determined you are to bloom where you are planted no matter how rocky the soil. And what could be better than hearing, in the end,


“Well done, good and faithful servant: thou hast been faithful over a few things, I will set thee over many things; enter thou into the joy of thy lord.”