(Proverbs 17:10) A rebuke entereth deeper into one that hath understanding than a hundred stripes into a fool. 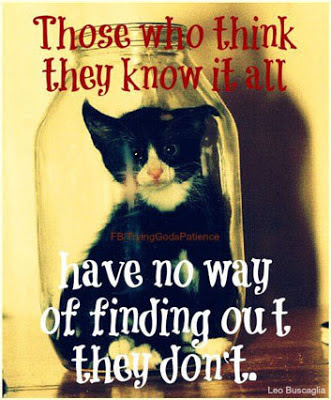 Unless you are completely unplugged and have no access to daily news, you probably saw the recent item about the teen girl in Florida disrespecting a judge. The video clip of her incredible reaction to his contempt order brought on by her insolent attitude and crude hand gesture was so mind-boggling it merited attention and repeated air-time on a variety of national news programs. Watching her impudent response to the judge was shocking and embarrassing but also painful. In a matter of seconds a lifetime of ignorance, from beginning to end, was revealed.

Clearly she had no idea that anyone could have any power over her, much less this old man in a black robe. She giggled as though she  thought she was the star of a reality show and everything the judge said to her was a joke. One can only wonder about her upbringing, or lack thereof, that brought her to that defining moment.

What is truly unfortunate is that this pitiable young woman is unaware that she is severely handicapped by an insolent attitude. Several days later a followup report showed her apologizing to the judge. She was tidied up and teared up appropriately but her words sounded more like they were perfectly coached by legal counsel. One would be willing to say anything to get out of thirty days in jail so we can’t know if she truly grasped the gravity of her condition, or just the predicament that held her hostage. Did she learn the greater lesson to be had from her experience? Did she realize she has much yet to learn? Can she learn?

Sad to say, she is not unique and is possibly irreparably damaged in a way that is becoming a type of norm in a modern pop culture that deems itself proud of its insolence.  Respect, regard for natural order, etiquette, social grace, and the laws of civilized conduct are rapidly being replaced with something akin to anarchy. No getting around it, insolence begets insolence. Civilization rapidly descends into a downward spiral when respect for authority, beginning with the first authority figure in a child’s life–the parent–is not passed down from generation to generation; lawlessness and respect for nothing is the by-product of such parenting failure. Children live what they are taught or not taught.

(Proverbs 22:6) Train up a child in the way he should go, And even when he is old he will not depart from it.

As bad as this growing narcissistic social ill is, it’s not the root of the problem but merely a fleshly manifestation of a spiritual sickness that is, as they say, going viral.

I call it the Haughty Spirit Virus. It’s a common low-level evil, just a mere chip off the antichrist spirit, but nonetheless powerful enough to destroy its host if left untreated. There is no medical test for this malady, but there are signs.

You might be infected with Haughty Spirit Virus if:

1. Nothing is ever your fault.
2. You resent any criticism real or imagined.
3. You can easily, glibly find excuses for yourself, preferably pointing out the flaws and missteps of  others quickly flipping confrontation back on the confronter.
4. Your opinion and being right is all that matters to you thus you are rendered unteachable.
5. You are forever the victim of circumstance.

In its advanced stage, the Haughty Spirit Virus causes behavior to dissolve into a type of social dysfunction. Self-soothing by lying to oneself becomes an alternate reality. Ultimately, the victim of this spiritual disease is doomed to huff through life at the ready to be offended, angry, resentful, and bitter. At its worst it causes vengefulness.

It’s epidemic now so many will read this and instantly be able think of someone who is afflicted. Ironically, those who are infected will think of others but not see themselves at all because the insidious insolent nature of Haughty Spirit Virus first attacks and disables the ability to self-evaluate, then blocks humility, effectively locking up remorse and repentance functions.

This, then, is the core of the problem; those who need  the Antidote, the Truth that could heal them, have no idea they are terminally soul-sick so they cannot see or hear and therefore they never seek the Cure.

If this were a microbial pandemic the CDC would issue a warning, but the only way to warn against a spiritual virus is to announce to those with ears to hear: when a soul-sick world refuses to seek the only Cure, at the point of no return, the remedy is withheld.

If you love someone who is infected, pray for whatever it takes to open his/her eyes, then step aside and do not interfere with what is often a painful treatment/recovery process.

The only proper attitude for the learner is one of humble self-distrust. "I am ignorant," he says, "and am willing to be taught. I am wrong and am willing to be corrected." In this childlike spirit, the mind is made capable of improvement. ~Tozer
Posted by meema at Saturday, March 02, 2013