As the year wraps up, it’s a common practice to reflect on the previous twelve months and count blessings, failures, successes and, above all, what was learned, if anything. At least I do. I’ve been measuring my progress in yearly increments since childhood. Some years I proudly note strides, other years I barely manage to claim having maintained status quo. All in all, in this winding down stage, I am grateful for anything and everything, including status quo. Mostly I live in my own little world anyway, but they know me here so it’s okay. Whatever I do, or don’t do, accomplish or not, isn’t earth-changing and isn’t the thing that everything else is hinged upon, which is not a small comfort, I admit.

This year, however, I’m more focused on something other than my own report; I’ve been thinking about the impact of silence and when it is a good thing as well as when it is bad. 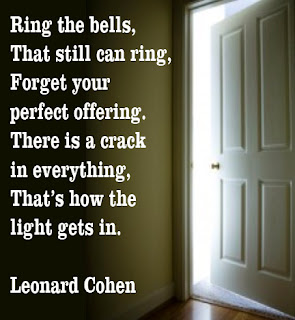 Silence is a noun but it can also be a powerful verb. In the doing it can often accomplish ten-fold more than the noise of disingenuous words. So, silence used properly can shut down contentious debates and quickly remove the vehicle for nefarious lying. Who hasn’t resorted to silence on occasion to put an end to conflict? When one is hiding from a threat, one instinctively goes silent and thus silence becomes a defense mechanism. Sometimes silence is often the only possible equalizer in a situation where there can never be balance or consensus. Faced with knowing that what one has to say has no chance of being heard, one is effectively muted for lack of fuel to continue.

I can recall several occasions, and for different reasons, that I have utilized silence as a way to declare there was nothing left to say. In each case I will never know whether or not my silence caused angst or frustration or any kind of detriment though I can assume it did because the absence of sound usually leaves a void of unanswered questions on both ends. Life is rarely tidy and sometimes things must simply hang out unfinished, unresolved and left to ongoing speculation, if for nothing else, in the interest of prudence. Sometimes this kind of non-ending is merited because it was inevitable anyway, other times it’s a hard pill to swallow, especially when it wasn’t expected or foreseen. It just happens, like a blow from behind, and then...nothing, no reason, no explanation.

There have been times when I elected to go silent to stop myself from saying something I instinctively knew I might regret someday; a classic example of silence being golden.

Many times I have been able to walk away from strife of one kind or another by choosing to shut up so I can easily sympathize with someone else who takes that road. And this is why I am unable to judge another for doing so; I get it, completely. But there is a subtle difference between acquiescing to keep the peace, and knuckling under to sinister intentions or influence. That is when silence, coerced in one way or another, is most assuredly not gold.

The decision to speak or not speak is always a painful judgment call. There are times when words left unspoken are the very ones that should have been said even though breaking the silence risks causing discord. Wars have be launched on less. Stephen, the Apostle, found out the dire consequences of choosing to speak over remaining silent. But what he said needed saying and though he paid the ultimate price for it, he looked up to glimpse his reward for having said it.

Personally, and keeping it real, I’ve never experienced a reconciliation once silence has fully closed a door, whether I closed it or it was closed on me. But I am experienced enough to realize and accept that, even though silence most definitely is better than witless yammering, a day is rapidly approaching, if not already here, when those who choose silence for the wrong reasons, find out that while a thing said cannot be unsaid, a thing that ought to be said does far more damage in all directions when it is silenced.

What I learned in 2013 about silence is that it works both ways, for good and for bad.  Knowing the difference is the blessing.

(Acts 7:57) But they cried out with a loud voice, and stopped their ears, and rushed upon him with one accord;  (7:58) and they cast him out of the city, and stoned him: and the witnesses laid down their garments at the feet of a young man named Saul.  (7:59) And they stoned Stephen, calling upon [the Lord], and saying, Lord Jesus, receive my spirit.  (7:60) And he kneeled down, and cried with a loud voice, Lord, lay not this sin to their charge. And when he had said this, he fell asleep.