The Value of Small 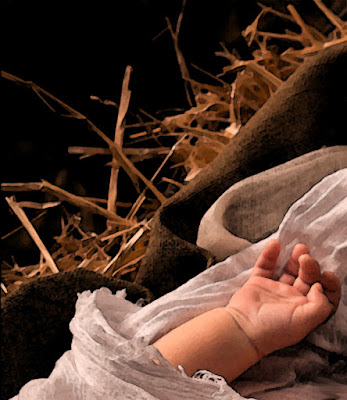 Imagine the known world as it was the day Jesus was born. It certainly was smaller, much of it remaining to be discovered. It was clearly less hyper-spectacular, compared to this modern age, for sure.

The Christmas Story, as it has been passed down generation to generation, leaves out a few small, utilitarian details for the sake of not messing with the big beautiful picture but those particulars did/do matter - in the big scheme of things anyway.

Those not-so-pretty tiny pieces all came together one by one to write the greatest story ever told.

Taking Mary’s POV, imagine being huge pregnant and straddling a donkey on a miserable trek across a wilderness to find yourself sheltered in a stable. Now imagine you go into labor. Whoa. The donkey ride alone might be considered a cause to effect. Was there a moment when she wondered what she had gotten herself into? Was that how she envisioned giving birth to the Son of God?

When the long promised day came for God’s Son to enter the world, considering the omnipotence of the Author, it could have been a massive production with flash and thunder for all the world to see. Though the angels appearing to the shepherds was a big deal still it was a private concert. The star that guided the wisemen was likely seen by others who might have taken a second glance and wondered but had no clue what it meant. They might have squinted at it momentarily and then resumed the tedium of living, completely oblivious to the significance of the sky light that guided noblemen to the obscure, humbly orchestrated, birth of a child.

This ostensibly keyed down moment, that would completely alter the balance of time, is a classic example of how small is a highly under-rated adjective. Which makes it all the more confounding when one notes that God often does use small in very big ways. Imagine the shock of Anton van Leeuwenhoek (1632-1723) viewing through his newly invented microscope for the first time at wiggling living things theretofore never seen or considered to exist.

Even in this era of all things big, small remains significant.

Every day we are presented with opportunities to do the smallest thing that could be the beginning of a whole new deal. A kind word, a hardly noticeable putting out of a bit of extra effort, an encouragement, a gift of listening. Two dollars in a Salvation Army kettle. A prayer.

A small hand up when all hope is lost.

Because we never expect dynamic results from all things small in our day to day existence and because we are deeply influenced by this ‘go big’ age, we lean toward going for the all or nothing show, the flash and boom that will likely garner the largest attention and reaction. And for that miscalculation we often lose out on being the unseen impetus for that which could be seen to actually happen.

History is replete with recollections about turning points, discoveries, and unchartered territories conquered, mapped and claimed. But records skip over the smallest moves made by individuals that were instrumental in changing the course of humankind’s journey from there to here and beyond.

Everything is made of something. All things, whether seen or unseen, come together to make up the whole. Since God is in charge of time and size, we ought to reconsider how enormous that which is deemed unimportant can be and is most often the true cause of all that really matters.

Merry Christmas! May your new year be full of grand opportunities to be small.

(Colossians 1:16) For by Him all things were created, both in the heavens and on earth, visible and invisible, whether thrones or dominions or rulers or authorities - all things have been created through Him and for Him.