Hypocrisy and Other Illusions

I’ve tried to understand. Truly I have. And for that cause I have given my best shot at momentarily setting aside long held biases, attitudes and point of view. In a grand egalitarian effort I have factored in natural changes in societal behaviors as dictated by naturally unchangeable human nature. I have researched history to help establish a baseline of repetitive therefore predictable outcomes.

Unfortunately, even if I could completely disengage common sense and view the world through the perspective of a self-righteous narcissist, I do not believe I could ever solve or understand the conundrums of modernity. 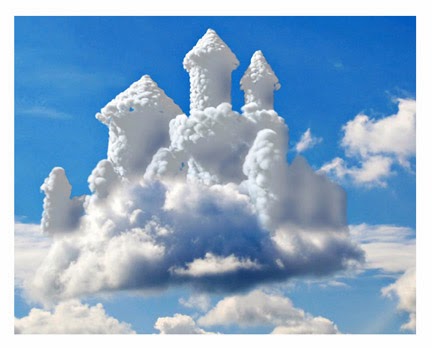 While watching an old movie, forced to suffer through all of the advertising (because it wasn’t recorded, the way we normally watch programs), the primary sponsorship was a coalition of charitable organizations. There were at least two groups, each represented by a celebrity spokesperson, pleading for help to feed hungry children. Swapping out in fair rotation there were also two separate groups stating, with equally heartfelt passion, the case for abused animals who desperately need support. Each and every fervent plea, featuring either emaciated weeping children or sad-eyed, shivering dogs and cats, was accompanied by the mournful random notes of a piano, gently plunking out a tuneless tune in minor key. In every commercial break–ten minutes of movie for every three plus minutes of commercial–the viewer was presented with profound gut wrenching pathos. One appeal minimized the cost to the potential donor a mere seventy cents a day and another only required, “just fifty cents a day,” as the actress entreated with the tiniest edge of guilt-baiting, “to feed a child who would otherwise die.”

Fifty cents a day to save a child’s life. What heartless dolt could turn that down?

It was almost too much to bear. Those devastating faces. I could hardly get back into the movie in between the haunting ads. How could I even think of anything but all that need? Little hungry children and abused animals?

An hour and half in it was too much but in an unexpected way.

After the fourth or fifth run through, I was suddenly more aware of the formula of coercive persuasion, and the actors pushing it, than I was of the compelling messages. I started thinking about the audience these well-crafted mini-documentaries were directed to. Americans, of course. Americans who are known to be the most charitable people on earth. And, amazingly enough, (here comes the conundrum part) Americans who rally passionately to preserve the right to abort their babies, at all stages of development, by the millions annually. These are the same Americans who are targeted because they are easily convinced to heed the compassionate call to donate to save children in third world countries, even as they (and their famous spokespersons) vehemently support the “Right to Choose” here in the most prosperous country on earth. And, as an aside, as they ignore the kids in their own city, who often go to bed without supper, because, you know, one doesn’t want to get involved.

Again, I’ve tried and I cannot figure this out.

Now before the ire of indignation rises up and comes crashing in on me,  I wish to establish that I am not seeking to dissuade anyone from signing up to send money to other countries to help feed hungry children. There are many noble organizations that champion such great causes, many selfless, Godly groups who do immeasurable good in the worst places on earth and they deserve to be supported. As it so happens I have a special calling to feed others, especially children and small defenseless animals. Perhaps it’s the mother instinct in me even more than my Christian mandate.

My point is not about the real need, which seems to be growing exponentially, in every corner of the globe, but about the rise in the feel-good hypocrisy of this waning age. We flutter here and there crafting our ice cream castles in the air, all the while we are so easily led to believe that need is something else, something ethereal and less touchable. All it takes is sound and imagery skillfully spliced together, presented by a familiar icon in an audio/visual appeal to tap into the most vulnerable senses and then a quick click on the “donate” button and we’re all righteous. Children are fed and allowed to live, animals are rescued and comforted.

A world where we are not only allowed but encouraged to cherry pick our sensibilities, where words and meanings are often redesigned and retrofitted to the concepts du jour, where illusion and coercion are expertly devised and is preferred over the unpleasantries of truth, is a world knee-deep in hypocrisy so debilitating that there is no remedy that humankind could ever muster of and by itself.

While I may not be able to fully understand why this is, I do fully grasp that this condition cannot  ever right itself at this far gone point. A day of reckoning is over-due.

lyrics from Both Sides Now by Joni Mitchell