When I mentioned to my friend that I was pulling together materials to create a soft sculptured tree, she replied that the thought made her chuckle. She recalled a time long ago when, as a child, she told her father that “only God could make a tree”. 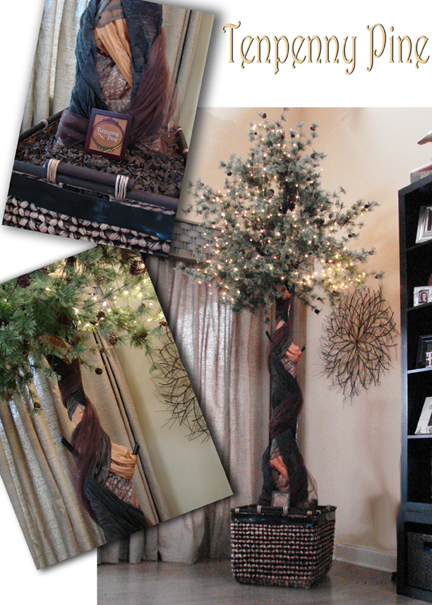 And, yes, while that’s a true statement, it’s really more than simply true. It speaks to the human condition of desperately desiring to be our own god or at the least, bringing God down to our level. Since human nature can never mature, this never changes. The Tower of Babble is an ancient classic example of humans believing they could build their own greatness.

And because of infinite grace, God smiles at the idea, until He stops smiling. That’s when humans find out just how ungreat they really are; how truly small and flawed. The Tower came down and humans were scattered and left unable to communicate with each other. That’s how that ended. Apparently the lesson didn’t hang in very long because we just keep on trying to get to heaven by our own devisings.

As I began to put the materials together into my facsimile tree it occurred to me how representative it was. For all our intelligence and inventiveness, humans are intrinsically small and flawed. We hustle and fill our days with our all important busyness and striving to build our lives into a form of significance. We carefully craft our beliefs to conform to our own reasonings, with the tools of our own interpretations of what and who God is. Of what truth ought to be. Of where Heaven is. And in so doing we end up with a nicely created facsimile of God. One we can more easily understand. One that we can mold with our hands rather than submit to the other way around.

But no matter how we build our mighty towers and admire and depend on the wisdom of our own interpretations, ultimately, it comes to this–only God can make a tree. Regardless of our abundant arrogance we can’t even come close. No matter how clever and creative we think we are.

And God smiles at all the silliness. Until He stops.

(Romans 9:20) Nay but, O man, who art thou that repliest against God? Shall the thing formed say to him that formed it, Why didst thou make me thus?  (9:21) Or hath not the potter a right over the clay, from the same lump to make one part a vessel unto honor, and another unto dishonor?  (9:22) What if God, willing to show his wrath, and to make his power known, endured with much longsuffering vessels of wrath fitted unto destruction:  (9:23) and that he might make known the riches of his glory upon vessels of mercy, which he afore prepared unto glory,  (9:24) [even] us, whom he also called, not from the Jews only, but also from the Gentiles?
Posted by meema at Tuesday, November 10, 2015