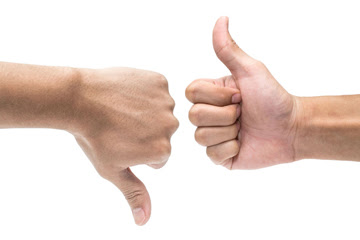 You probably assumed from the title of this post that I’d be calling everyone to set aside their differences and ‘just get along’, because that seems to be the trending topic on the Net and social media now that the election is over.

But no - this is not about that.

This is my report from the trenches - my review of having experienced, first hand, The Facebook.

I know I’m not the last hold out and that there are still many who are dug in and refuse to be sucked into the vortex of what is tantamount to a giant vacuum. But I have my reasons and, being honest, I admit curiosity was the final shove that sent me, a clueless, deer-in-the-headlights innocent, into the deafening mainstream. I’ve excused myself by claiming that I am just an observer, narrow-eyed and cynical. Like a reporter assigned to a war zone.

A reporter, yes, let’s go with that for now.

A couple weeks in, I do have some observations for anyone else toying with the idea of stepping out into the wind tunnel.

1. You don’t have to ‘friend’ everyone in the world. First of all, in The Facebook vernacular, the word ‘friend’ is not defined as ‘someone who knows you and wants to do lunch with you to catch up on what’s going on in your life’. It’s a designation, a way to categorize you and include you in trending memes until you prove yourself to be unstable and not worthy to be included whereby you can be summarily ‘unfriended’.

Being unfriended in The Facebook is simply the new normal for the vintage childhood trick of saying - if you don’t do what I want I am taking my ball and going home. So there!

2. Once you are somewhat established with the connectivity of ‘mutual friends’ you can check on what others are posting and saying by looking at your ‘home’ or ‘feed’. This gives you a constant input and can, if you allow it to, become a full time volunteer position, i.e., job with no pay.

Be very careful - it’s a set up. And here’s where my curiosity about the point of The Facebook is answered. Follow the money - it’s always the root of all ‘free’ things. Connectivity, people linking and liking and sharing is big business. We get to jump on the vehicle and ride for free so that cons can tell us that this product saved a marriage because her husband who left her could not believe how wrinkle free she was!

Which brings us to point number...

3. You don’t have to click on everything, and it behooves you to figure out the patterns and formulas quickly. When a really good sounding quote, like, for example, If you believe abandoned dogs need to be rescued, like this... Or, if you think no one should be homeless, like this... pops up - think instead of feel. Shaming is such a clever tool for cons to manipulate the masses of the touchy-feely era, isn’t it?

Like it or don’t, The Facebook is, for now, the way people prefer to communicate, share, express opinion, seek validation, acceptance and connect with like-minded others. The concept is not new though. Humans are born tribal and needing these kinds of affirmations. We crave to believe that we belong and are a good and useful part of something bigger than us and so we follow, we like, we share.

Perhaps it’s not such a bad thing, ultimately it’s just another way to do what humans do, (on steroids). I, for one, am more inclined to think less is more so I am clinging to the cracks in the wall, not allowing myself to be swept away completely. For one thing, just thinking a couple dots ahead - where does this end?

Conclusion, for all my The Facebook ‘friends’, if I don’t click on like doesn’t mean I don’t like it. It just means I choose to abstain. I’m too old to worry that others might think I don’t think animals should be rescued and that the homeless should be housed or that others might worry that I am worrying if I am liked - or not.