And There It Is 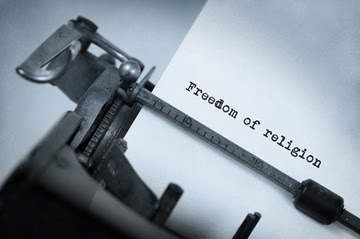 A dozen years or so ago I still participated in an online forum where people gathered under the umbrella of a common interest. As often happens when two or more people from diverse backgrounds and points of view gather you can expect a certain amount of straying off topic and the inevitable disagreement. I stayed longer than I should have when the civil rule of agreeing to disagree dissolved into all out dissension. The turning point, when I knew I had to move on came the day I made a bold prediction.

I don’t recall what thread of thought launched the conversation but when I posted that I could see the day when Christianity would be under assault, not only from cultural change but through actual laws passed. I predicted that one day it would be dangerous to declare oneself to be a Christ follower.

And the flame-throwers lit up their word weapons.

One response in particular stuck in my craw. The resident proclaimed atheist challenged me with a pious question. She asked if I had ever been mistreated or maligned as a Christian. As simple a query as it was it was most certainly pregnant with dark and hidden implications. A whole treatise on the history and rise of the ills of Christianity sat waiting to be launched as argument for the demise of religion in general and Christianity in particular. I knew her point of view on this. She had made it clear in other discussions that she felt religion was the cause of all wars and suffering in the history of mankind.

I weighed my response carefully, knowing that she was poised to unleash a litany of examples to back her claim - beginning with the Inquisition and ending with the myriad of present day dogmatic religious cults claiming to represent the God of Christianity.

Sometimes you just have to pick your battles. Rather than give her an open invitation to spew out her hatred for all things Christian, I took the high road and let her win the point by default. I replied that, no, I had not yet had my faith challenged but that my reference was to a time in the future. It was lame but it did end the discussion because it gave her no fuel. I posted in that forum less and less after that and then soon stopped altogether. I doubt they missed me. I must add that I shook the dust off my sandals as I left. Sometimes that’s what you have to do. And it’s okay.

My memory of this experience was jarred up from the depths as I read more and more stories of Christians, all over the world now under assault.  Not just in the Communist countries or those with other religious majorities. where churches are destroyed and whole populations forced to flee from their homes. Of course, one might argue that these are incidents in far away places. That sort of thing can’t happen here in the United States of America where religious freedom is held as sacrosanct. Christianity is too big to fail here in the West. Right?

But I’d like to point out that in the past decade the subtle warnings I noticed back then have gone from a distant tinkling to a steady clear ringing. The headlines becoming more frequent - schools remove all things Christmas from December, a teacher in Tampa forbids her students to wear a cross necklace in her classroom - a college student is not allowed to write an essay from a Christian perspective. Christian businesses are not allowed to enforce their beliefs in their own establishments. TV shows and movies usually represent Christian characters as nut cases. Case in point: slow change often comes from subtle social conditioning that then leads to laws.

In the past fifty years, political correctness has successfully begun to nullify the text of the first amendment by demanding that Christians are no longer allowed to hold fast to the fundamentals of their faith because these might step on other’s religious/cultural beliefs. The hypocrisy buried just beneath the loose covering of righteous words like - inclusion, equality, diversity, and the modern embrace of all roads merging to peaceful coexistence, is actually the ultimate weapon to tamp down and silence Christians into submission. I call this out as hypocrisy because PC does not appear to apply to other religions. Only Christianity.

Had I posted such comments in the old forum, I would easily have been slam-dunked into retreat by a single question - how are acts of equalizing religious freedom going to lead to outlawing Christianity?

There are two possible responses:

2. The brave-heart’s reply: Upholding religious freedom will always be a rope walk that leaves gaps and gray areas that cannot be fully implemented. It can never be satisfactorily accomplished through laws written and imposed because demands and permissions will always overlap and conflict. Therefore, individual right of freedom to choose is accompanied with individual responsibility to stand up for or stand down in a situation when rights collide. Sometimes you choose plan B.

I was finishing middle school in 1962 when the Supreme Court made its historic ruling to outlaw prayer in school. I vividly recall hearing the announcement on the evening news. I looked at my mother and asked, “How can they stop me?” She looked stunned and replied, “Out of the mouths of babes.”

Uncounted numbers of Christians practice their religion in secret in countries like China. There are a rising number of countries in the Middle East that are openly and actively seeking to eradicate all traces of Christianity. Those who stand by their beliefs in countries that are hostile toward the faith must do so without help from laws protecting their rights. Though my faith does not require human law to support or sustain it, I can appreciate being allowed to openly proclaim and practice my Christian tenets. I can also grant that when my guidelines clash with law that is put in place to protect the majority rights, I can adapt. I can pray silently anywhere.

That’s not the issue in what is now unfolding.

Like the movement of a glacier, the slide has been so slow it seems almost imperceptible, I do see clearly, just as I did when I dropped my prediction in that forum - when, not if, the day comes that how I choose to believe is compelled to compromise in the name of equalizing religious freedom by conceding to another religion or cultural reform, not just law, or else be fined, jailed or die, that is when I will choose to stand on my beliefs.

The moment revealing the true agenda comes when the concept of individual freedom of choice becomes a specious argument used like a weapon to silence me.

But I am Christian - hear me roar.