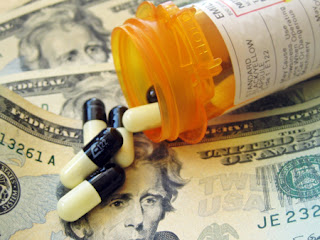 This post has been simmering for awhile. I needed the exact right push to finish it. And not a small measure of courage.

Recently we watched Chicago Med, which I can take it or leave it - so much agenda pushed - but that’s pervasive in TV and movies now so you deal with it or choose to not turn on the TV at all. Which, I’m considering to be a viable option.

On this episode of CM there’s one character I just despise for all she represents, though. She’s a pediatric specialist in the ER. Self-righteous, obnoxious and she literally yells at patients who don’t live like she believes everyone should - you know, like her, so perfect in all ways, her passion for all things ‘right’ spilling out in dramatic rants. Pretty much a rep for liberalism.

And, as is so typical, they have made fun of Christians by representing them as fundamentalist nut jobs and that sort of thing, but in this episode a 2 yr old baby came in with whooping cough. So, it starts out as the mom saying that she had the first phase of her shots and the lib ped doc, offered that she probably wasn’t completely immune then. After a few breaks from the sponsors, it comes out that the mom’s sister doesn’t vaccinate her kid and he had had a ‘mild cold’ recently. So, the immediate assumption was that the boy had probably had whooping cough (really?) and then exposed the baby cousin, logic being an unnecessary brain function when agenda is called on to prevail.

Here’s the subtle part though - the old argument has been that kids who are not vaccinated should not be around other kids - even if they are vaccinated, but the logic is blown because if the vaccine works exposure shouldn’t matter. To counter that, (action/reaction, measure/counter-measure, we’ve talked about this...) now the narrative is that SOME kids are vulnerable to being unprotected, even if vaccinated, so the kids that aren’t are basically carriers and toxic threats to the population at large.

Two scenes really raised my blood pressure - the one where lib ped doc yells at the parents, in front of their son, in the ER, basically accusing them of being practically criminals and demanding they take their son out immediately. IMMEDIATELY! Like that would happen in real life, but in LaLa Land real is not what they are going for.

But then, later, she and another doctor, her current love interest, were discussing it all over coffee and she declared with rising zealousness that the science is proven [!] and the naysayer vaccine objector was ‘discredited’ [!] and what is the matter with people who just believe what they want to believe and put poor babies like the patient at risk! [!!!]

Agenda so thick you could cut it with a knife.

But it dawned on me that the drug companies seem to own the narrative of evening MS TV so, given that the ones paying the bills are entitled to pushed whatever furthers their purpose, it makes sense to simply follow the money. Every other ad during prime time is for yet another drug that has a litany of contradictory side effects that often sound ten times worse than the disease it is supposed to treat “and in some rare cases death”.

And yet, the uplifting visual of happy beautiful people, going about their lives, even as the sound track of a list of horrific side effects drones on, successfully neutralizes logic and reason. How clever.

Am I the only person who questions the absurdity of drug companies being allowed to advertise their products to the general public? It’s not unlike a manufacturer of a line of goods that can only be purchased by another business spending millions of dollars to advertise to end users who cannot buy the goods themselves.

If a drug can only be purchased via a prescription from a licensed physician, what is the point of pushing the drug on prime time TV to those who can’t buy it off the shelf?  Well, I guess Big Pharma needs all the help it can get to spread the word that the products they make are out there.

“Ask your doctor if [fill in the blank] is right for you.”

Frankly, were I a doctor, who spent years and a fortune to earn my right to diagnose a patient, the last thing I’d appreciate is my patient asking if I would prescribe a drug because it was advertised. But that’s just me.

I’ve been interested in this topic for awhile now and so every time I see a new drug announced via a sparkling energized representation of how great life can be if you just asked your doctor to put you on this miracle in a pill, I note the name. It’s become something of a joke for me because, crazy imagination that I have, I visualized the way they come up with the names.

I see a group of corporates sitting around a conference table. They draw numbers from a hat.  A die is cast and the winning numbers get to pick letters - perhaps from their names or names from their kids. The resulting combinations form the new name for the latest, greatest drug. Here’s the list so far:

I rest my case.

Well, except for one more thing - How ironic is it when a drug ad comes on and is often followed by an attorney’s plea for you to contact him if you have been injured (or killed) by a drug that has been pulled off the market?

So much irony you could build a battleship.

ps - If you happen to read a news item about a grandmother in Georgia who committed suicide by shooting herself in the head - twice - ask your doctor if that's possible. :-)