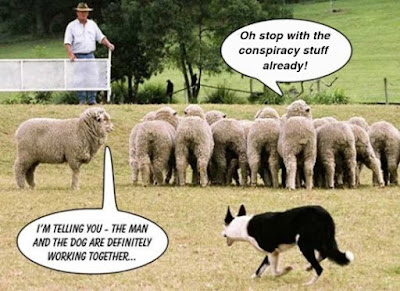 Sitting in the Vet’s preliminary exam room while Auri was being given the once over in another room, I occupied myself by reading the colorful informative posters on the calm gray wall. One in particular provided an extra bit of mental diversion though it doesn’t take much to set my brain off on a pondering trail.

The graphic, artfully done, presented a fat dog looking up at an equally fat cat sitting on a scale. Instead of numbers on the scale there were words like diabetes, heart disease and other scary health conditions. The banner above the photo claimed that obesity in pets is serious business. Especially American pets. Amazing how so much can be implied in the fewest of well assembled words. Smaller print defined obesity in an animal as a mere 2 to 4 pounds above normal. Whew! Even more impact!

Before my eyes fully adjusted to the smallest print at the bottom - the reason for the poster - the sales pitch - I tried my hand at guessing what the point of the heart tug was. Healthier pet food and/or exercise program? Diet pills? Some new vaccine that helps cut down life threatening extra weight in dogs and cats (with a long list of possible side effects listed somewhere else in even finer print?)

Okay, I’ll tell - it was for pet insurance. Crazy me why didn’t I automatically assume that health risks in pets equal huge vet bills? So, according to this advertisement, the solution to pet obesity is PET INSURANCE. Ta da!

Exhaling as I slumped into a vague sensation of defeat I mulled over the possibility that we have, at long last, lost our way.

If it is possible that we could be so easily persuaded by compelling words and visual, that the least likely conclusion and solution to a problem would convince us to part with our hard earned money, we have been finally and completely conditioned to abandon all semblance of common sense.

Advertising techniques seem to reveal that we don’t (can’t?) think a thing through anymore. Since advertisers spend big bucks analyzing our weaknesses - the most effective way to herd us - can we conclude that they know exactly what they are doing? That they know us better than we know ourselves? Does that not sound an alarm? At least a tinkling bell?

What is worse, we aren’t able to stop ourselves from being herded even as we admit we know we are being herded by ominous sounding terms, like ‘algorithms’ and ‘data mining’.

Then my mental jog took a sudden segue down a darker path. I applied the herding concept to other ways we allow ourselves to be artfully managed. A well-conditioned populace is more easily diverted, for sure.

Example: criminalizing the use of plastic straws as the panacea to global plastic pollution because controlling or even outlawing the manufacturing of disposable plastic products is much too logical.

Putting people in jail for using a straw makes such perfect sense. Well, certainly as much sense as buying pet insurance to thwart the growing threat of pet obesity. Right?

Some things in the human condition never change.