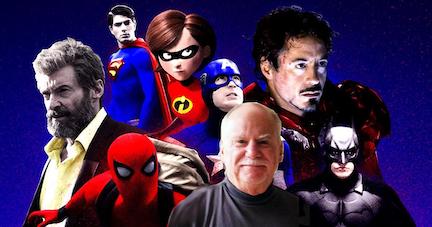 Thirty-three years ago, today, we stood in front of an officiant and spoke some promises out loud. In that euphoric moment we weren’t exactly ignoring the  daunting challenges that awaited our return to real life, but we were determined that whatever was ahead for our new union, we could make it work because we both really wanted it to.

Today, in the comfort of this secure moment, three plus decades hence, in the soft glow of retrospect and distinct advantage point of knowing the ending, I’m glad I didn’t have a crystal ball in the beginning to reveal the future. I’m ever so grateful that I couldn’t see there were going to be some trying days ahead. Some teeth-rattling bumps, all sorts of sacrifices, ongoing compromises, occasional forks in the road, and pinnacle moments loaded with angst-filled choices to make. Not a few tough obligations that would strain the limits of any starry-eyed promises.

Here, with all the testing years mostly behind us, I can declare, joyfully, it was all more than worth it.

What if I had known, in advance, that it wasn’t going to be a beach walk?  l might have said no to the proposal to marry. I might have erred on the side of remaining in the frying pan I already knew, instead of leaping into what could be the actual fire.

[I’ll have to take a sip of coffee on that thought and give serious gratitude an opportunity to flow from my brain to my toes.]

It does, after all, take a large measure of faith to merge your whole life with someone else, even with nothing but green lights ahead and within the most optimal circumstances. But I swallow hard at the thought of what I would have missed. While I can’t possibly say what might have happened to me had I not stepped out in faith, I do know what I likely would not have experienced.

The list is long and consists of things measurable/definable and things not so easy to explain with mere words.

[First can we establish that the noun ‘hero’ is subjective?]

How do you quantify the ways someone else is there for you, day in and day out, in the biggest and smallest of ways? How do you measure the value of being so grateful to someone else’s commitment to you that you are made better for your eagerness to reciprocate? To be the confidant, the best friend, the encourager, the partner, through all the best and worst, to desire to give back in the same way the other gives to you?

[Now can we establish that the only true definition of the noun ‘love’ is people willing to find out and then give, each to the other, what the other needs to feel loved?]

Full disclosure, I know the one I made promises to all those years ago, my hero, is just a man. No cape, no super powers. But he has qualities that are actually somewhat more practical than being able to leap over tall buildings. For one thing, he shows up, every day and does what needs to be done. He keeps promises, sometimes before he even makes them, and yet, amazingly, never expects praise or credit. He just does.

He can often have high expectations from others but that’s because he thinks anyone should know what he knows and be able to do what he does so he doesn’t expect more from others than he does from himself.

True, he can be ornery, and stumbles sometimes, like humans do. But his uncompromising integrity, his willingness to step up and hold up the heavy end, his compassion for others, his keen sense that what matters is his people, not his things, these are the characteristics that define and declare his hero status for me.

I could also toss in that he has the uncanny power to make me belly laugh, even still.

Hindsight, reflecting on the learning curves from the past, can be a valuable tool for making better decisions in the now. Who doesn’t need to pay attention to past unfortunate choices? But it can also be a call to acknowledge one’s blessings.

Once a year, for the last thirty-three years, and counting, I look back and marvel at how blessed I am, how thankful to have made that impulsive, scary choice to speak, out loud, promises to the one who had more to lose than I did.

I know him so well, I’m pretty sure he feels exactly the same.