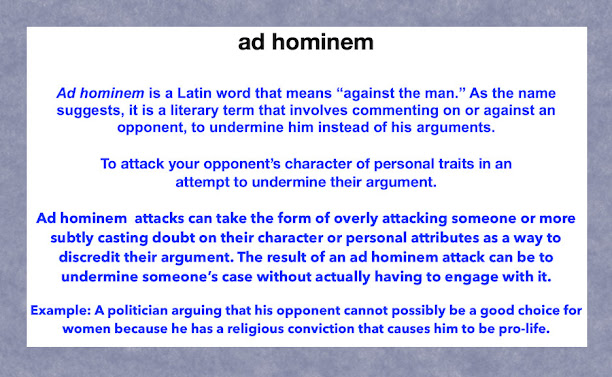 You can only know and discriminate between the true and the false when you yourself are on the higher ground.

In a world of 24/7 information puke out, how can you know if you’re being lied to? How do you know you’re being manipulated? Who can you trust? How can you be objective or form good questions if even the right to ask questions goes from being discouraged to being forbidden? How can you discern when something seems ‘off’ in news coverage when it’s not only simplified (to better reach the now dumbed down masses), it feels almost cookie cutter?

The answer is hidden in plain sight.

For quite some time now I have been comparing this modern era to being on the verge of an imitation of art, i.e., like the fictional dystopian worlds of 1984 and The Matrix. In each dark tale, the citizen characters live within a completely totalitarian ruled world. In both stories, one representing the result of devastating ongoing world war and one representing the result of digital technology gone rogue, the masses have no idea they are just pawns in a created illusion. They believe what they are conditioned to believe. They do not ask questions because, well, why should they? They have no idea they exist only to serve the purpose of those who have the keys to the control room.

Their normal is unrecognized oppression. 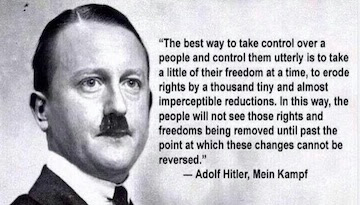 There have been real life examples of such total control of the population many times in human history. In every case, those who had control, were quite brutal to the citizens who thought, because they were promised, that they were part of a great revolution that would bring justice and prosperity to their world. The ugly reality is that millions died at the hands of great leaders such as Lenin, Stalin, Hitler, Mao Zedong, to name a few. The common thread being, of course, socialism/communism.

I guess this is why there is a huge push to revise history. Need to make sure the younger generation doesn’t know about the abject failures of the ideologies that have never brought prosperity to anyone but those who have the keys. So, how could those people have realized or known that they were being lied to before they were completely overcome? We can’t know what we don’t know but we can be armed with common sense. We can pay attention to the subtle as well as the glaring red flags. If we are smart enough to admit there are red flags.

Those who have diabolical agendas, who have no interest whatsoever in the welfare of anyone but themselves, will often employ compelling tactics known as Logical Fallacy to manipulate the common mindset. An often used variation of distraction tactics that create a smoke screen and diversion is referred to as the Ad Hominem strategy.

Within the alternate reality of 'attacking the man', when everything you see or hear says exactly the same thing, you are inclined to believe it must be true, because, everyone is saying it. Right? But those who are paying attention will notice that this does not reflect real life.

Only in a virtual world, created by those who have control over the narrative, will there be consensus of opinion. This does not align with real life and is a huge red flag that something is not right. Historically speaking no president has ever had the approval of all the people or those who produce the news media and therefore all reporting, in real life, is expected to be both good and bad. But what if all the news, in every newspaper, television/radio broadcasts and social media is negative all the time - no exception?

And now reverse this and ask, what if all comments and reports are only positive, as in Heil Hitler! would that indicate something was wrong as well?

What if all the negativity causes maverick citizen journalists to launch opposition as a way to defend against the Ad Hominem attacks and then find they must then defend themselves against being canceled or shut down by social media? What if otherwise respected, credentialed professionals across a spectrum of industries, including education, are fired for daring to speak in opposition to the Ad Hominem view point?

Would this seem surreal in a country founded on free speech and individualism? Would it seem like someone or something sinister is at the master control?

Would it make sense to conclude that the one who is the focus of all the negativity could not or would not be the one controlling the narrative? 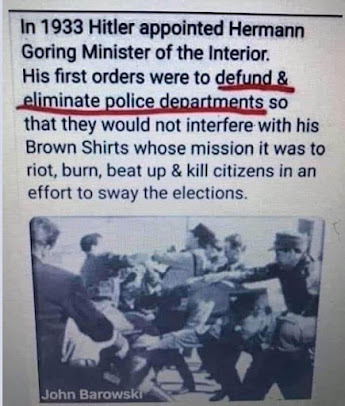 Would this scenario resemble patterns from history when those who had dark agendas to overcome and enslave a population to totalitarianism in the name of JUSTICE! and PROSPERITY! were successful in completely changing, destroying a country using the same tactics?

If you noticed the similarities would you start asking questions? Would you even know what questions to ask?

Would you believe that it could never happen in America?