(Mark 10:6-9) But from the beginning of the creation, Male and female made he them.  (7) For this cause shall a man leave his father and mother, and shall cleave to his wife;  (8) and the two shall become one flesh: so that they are no more two, but one flesh.  (9) What therefore God hath joined together, let not man put asunder. 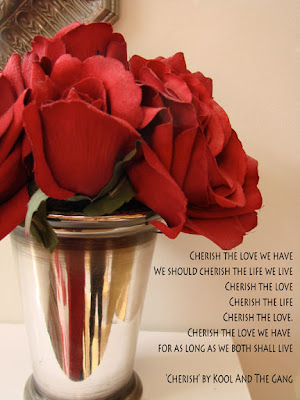 On February 7, 1986, a man and woman braved the threat of a winter storm and eloped to the quaint mountainous town of Eureka Springs, Arkansas. Snow or no snow, it was the only weekend either could take this giant leap so they decided it was do it or wait which would further complicate already complex circumstances. They got a license from the historic county court house and walked across the street to the Photo Emporium. They had a three o’clock appointment with the proprietor who was also an ordained minister but sleet had already begun to blow in and they hoped they could get in earlier and back down the mountain ahead of the predicted snow and ice.

There was another couple in the process of being joined in marriage so they sat and watched. The newlywed tossed her flowers to the waiting bride, unzipped the wedding dress and handed it to her. Everyone wished everyone well and the man and woman took their turn under the floral arbor. The minister’s wife snapped a roll of film during the ceremony and handed it to the new Mr. & Mrs. as a wedding gift.

Some would refer to how this unlikely pair met as luck or happenstance, but, in her heart, the woman knew from the outset that it was a uniquely creative work by the hand of God. Though the man did not claim to be a committed Christian, he was, unknown to himself at the time, an open vessel whom God could easily direct. In other words, he was as wet clay; God’s favorite kind.

He was a semi-confirmed bachelor, she was a single mother. He had a firm grip on his life, she lived day to day knowing that Jesus had the wheel of hers and she was just along for the ride.

Thus, God determined that these two should be together in spite of what seemed to be insurmountable obstacles. When the casual acquaintance quickly turned to the possibility of long-term commitment, she knew she had to be honest with him, tell him her testimony and her knowledge of what she had known all her life that would likely happen in her lifetime. The choice was then his to stay or flee.

He took it all in stride and signed on without hesitation.

Much can happen in the time frame of just under three decades. Life is tough, on a good day. Moves, relocations to far away places, an unavoidable job related, agonizing separation for thirteen months. The angst-filled teenage years wherein it is a daily toss up whether or not the kids will live to see adulthood, financial struggles, aging parents–married life is mostly an ongoing challenge with a sprinkling of life affirming bright spots, like grandchildren, tossed in now and again to offer a ray of encouragement to carry on.

But he was a grown-up from the beginning and a man of his word and he signed on, so through it all he stayed.

He brought to the union good worldly common sense and an inexplicable devotion to her; she brought unwavering devotion to him, family, home and God. Over time he discovered that most of what he thought he had done on his own merit was really God blessing him for being pliable to His will.  And he, having a mature ego, accepted that. It is his most outstanding character trait. He is a rare individual in this day of self-serving interest. He has all the same instincts anyone should have in regards to self-preservation, but protecting his ego is not his first priority and therefore, for that reason, the good things he is able to accomplish, those whom he is able to help, whenever he is the champion of the moment, all comes down to emotional maturity and selflessness.

This is a love story but it is a cautionary tale as well that exemplifies what to look for and even wait for when choosing a mate. Less can never be more. The most common reason that relationships fail in this era of immature self-centeredness is because when the child in self never grows up, there is no fertile ground for the seeds of mature love to take root, grow and bloom. When each party is determined to maintain the love of self first and at all costs, each remains rigid and cannot bend or flex with the winds of difficulty.

Nowadays physical attraction and/or self-determined life plans take precedence over love and then those elements that should be the building blocks of real love are neatly compartmentalized. If these will not conform to schedules, habits, established disciplines and preferences, if they can’t be divided into manageable portions, easily filed and appropriately considerate of individual self-interests, a huge void grows instead of real abiding love; the void pretends to be love but is really only a cheap, empty substitute that is doomed to implode at the first little breeze of conflict of interests.

Abiding, unselfish love is the foundation for long-term relationships and is established first in respect, each one for the other; each being curious and willing to find out what the other needs to feel loved. Without this willingness to step outside of ego, to set aside self need in order to lift up the needs of the other, love will simply wither from malnutrition. It cannot be one-sided either; it must be equally, willingly given so that when one sags or stumbles the other reaches out to hold everything up. Back and forth, each passes the load, from the one who is weakened in the moment to the one who can be strong enough to take up the slack. Thusly they share the burden together so that it is only half as heavy.

This is the synergy of genuine, sustaining love, each partner compromising enough, contributing to the whole that then becomes greater than the sum of its parts.

This is a true love story, though, not simply because the man and woman love each other, regardless what life throws at them, but because they both accepted the responsibility to stand together, against all odds, when they recognized that God had blessed them with the mandate, however difficult it might be from time to time.
Though they do love each other and never allow a day to pass without saying it, more importantly they show each other in a thousand unspoken ways. The woman loves the man for many reasons and thanks God for him every day especially because he stepped up, hung in and has made a positive difference in so many lives.

And because he still knows how to make her laugh.

She just wanted him to know. 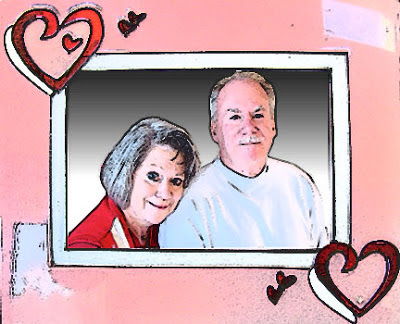 Grow old along with me! The best is yet to be, the last of life, for which the first was made. Our times are in his hand who saith, ‘A whole I planned, youth shows but half; Trust God: See all, nor be afraid!’
~ Robert Browning
Posted by meema at Thursday, February 07, 2013