Way back in 1999 I wanted to learn how to create websites. I optimistically bought a copy of HTML For Dummies and two pages in realized that HTML Speak was not a language I could learn without a one-on-one instructor. It had to be someone who knew HTML coding but was also familiar with a MAC, which back then was something of a challenge to find. But, fortunately, an IT consultant whom my husband used in his business turned out to be the man for the task. By the end of three weeks and a total of nine hours of intense personalized tutoring, I was ready and able to code together simple websites. For awhile, as I tested out my newly acquired skills, I knew just enough to be dangerous. 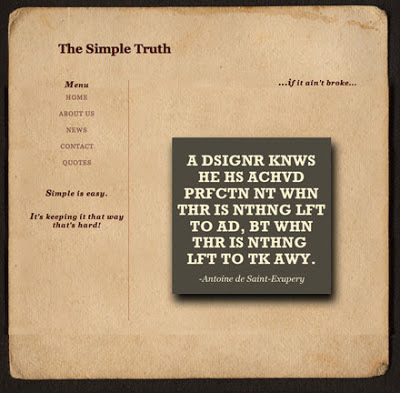 In those days, a new software, Dreamweaver, had just begun to make significant waves in web design circles. Dreamweaver 2.0 was the next big thing, and, in the beginning, was more design-side oriented than code-based, thus it was simple and even non-geeks like I could use it. In fact, you could only see the design and if you wanted to work on the code you had to copy/paste your work into another program–BBEdit. But eventually the upgrade to 3.0 made it possible for the designer to work both in the design and the code, visible side by side. Whoo-hoo!

Let’s fast forward fourteen years to the here and now and marvel at how fast things have evolved, how complex and dynamic the programs have become, how the changes, which come almost monthly now, not only do not always make things easier or better, they often cause more problems and slow down design work. Why? That’s the question I’d like answered. Call me a cynic but sometimes I think the best, most accurate answer is just to maintain job security for software designers. Creating a program that works well and does the job and can effectively do the job for quite some time leaves software geeks with time on their hands. Thus we have weekly upgrades and changes, many of which require another learning curve and more updating of other software to keep everything compatible.  Where does it end? When the upgrades must be done every morning before you can begin your work? Twice daily, then hourly?

I’m still designing and maintaining websites but I am considered an old-timer now. I’ve  kept up with and followed all the little rabbit trails for the past fourteen years. The flash and dash, the animated gifs, through the evolution from frames to tables to divs. I’ve sliced and diced code to coax pixels into doing all manner of fancy visual effects. Through it all I’ve managed to stay afloat on the tsunami wave of innovation and lots and lots of change.

But in spite of all the technological transmutations there is one thing that has remained the same for me and I am now clinging to it like a life-raft: simple is still best. Simple works. Simple is clean and user-friendly. The one solid, non-negotiable function any website should have is known as the Two-Click-And-Done rule that allows the user to be able to get to the information desired in two clicks. And that should be the ultimate goal of any good website designer. Trending, current, cutting edge–these are terms that reflect a modern view but do not necessarily insure best practice.

The irony is so thick here you could build a battleship. In spite of all the hoopla and clever name tags for all the emerging scripts and elements, and rationale for each and all of them, that the designer can incorporate into a web page, simple still works best. And, amazingly enough, even works well across all the different platforms and devises as well. But for those who have been dazzled by the shiny message and are determined that the only way is the newest way, the concept of simple is just a bunch of dumb old trees blocking the view of the enchanted forest.

One could always ask first, does it work? But apparently, if it isn’t today’s latest edition, it needs to be changed/updated/revised/converted. Huffing and puffing, and peddling as fast as one can, that’s still a tall order, even for the young and vigorous. Don’t misread me, I am not opposed to change and growth and innovation, so long as it adds to, rather than subtracts from the ultimate goal. Change as the only goal rarely adds anything and often creates more problems than it solves. While there are many good reasons to refresh and renew now and again, none of these include change merely for the sake of change.

If I was looking to make this into an analogy, I’d say modern Christianity has followed a strikingly similar course right along with technology. If it isn’t the latest/greatest, the most up-to-date, exciting, invigorating, most revised version of the Gospel, then it needs to be upgraded. It needs to be optimized to make it fit and cover the most number of ways it can be accessed.

On all levels I think this is a bad sign that speaks to a world on a runaway train. Simple, even if it still works well, is rapidly being replaced in the modern world, whether we’re talking about the secular or the spiritual side. Simple is nearing irrelevance in this time when constant change is the focus and more important than substance and function.