My cute father-in-law was a card carrying member of the Greatest Generation. He used to love diving whole hog into spirited discussions with me about all kinds of topics from low-fat diets–he was for it, I was against it–to what Clinton did behind closed doors–he believed it was no one’s business, I believed behaviors and choices that reveal a president’s integrity or lack thereof is everyone’s business especially when done behind the Oval Office door.

We would often engage in light-hearted, respectful sparing and usually, if it appeared I might be close to making my case, he’d pull out and slap down his ace in the hole–the ‘Expert Card”. He’d hunker down, tighten his lips, shake his head and say, with a tone of finality clearly meant to trump me, “They plainly say...blah, blah, blah (topic of the moment).

One day, for no other reason than I am ornery, I asked, “Reggie, who is ‘they’?”

He gave me the look. You know, the ‘what you talking about Willis?’ eyes squinted down, eyebrows knitted, slitted no-teeth-showing non-smile smile.

A great big annoyed sigh escaped as he shook his head, he took in a deep breath pulling together all he had to set me straight, “THEY...you know...the experts!”

And there it was, the sum up of how easy it is to herd an entire population into a common stream of consciousness. Credentials, titles, sometimes nothing more than a wide reaching broadcast forum, and one can firmly establish an untruth to be an accepted guideline for the electorate.

This is the norm in the Matrix. What is real and true is anathema and akin to acid thrown onto a well-oiled machine churning out feel-good trust in an alternate reality. And the clueless citizens don’t seem to care, so long as their small cell within the illusion is not disturbed.

They plainly say...and thus it is so. 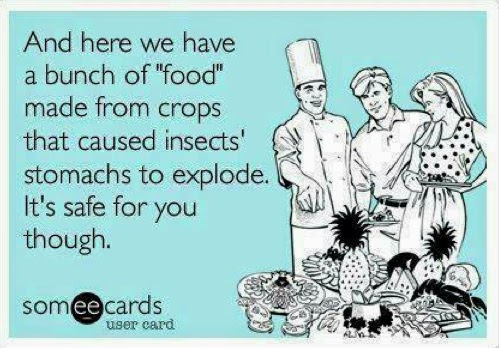 Take this miracle drug...no wait, that was last year...get a lawyer and join the class action suit. Delete. Tell your doctor you want this drug instead, in rare cases it causes death. Wait.... Delete.

The earth is cooling. No..wait...it’s warming...no wait...it’s changing. Has nothing to do with volcanic activity and earth tilt toward the blazing sun. It’s definitely mankind’s carbon footprint. They plainly say that something very mass controlling and expensively burdensome must be done before we all die of.... Delete.

Trust the man in the black broadcloth suit and white collar. He is the expert on God. Wait...never mind, he’s a pedophile. Delete.

Trust the credentialed and titled who demand that education of children must be revised even though those who are changing and revising the way children are educated rose to their positions of intellect, knowledge and power by being educated the old-fashioned way. And, I might add, had summers off to be kids. Delete.

Trust the scientist, the professor, the engineer, the movie star, the reality TV show star, the athlete, the lawyer, the judge, the congressman, the wealthy evangelist, the famous book author, the billionaire software mogul, the activist teacher, the governor, the chemist, the news anchor with really good hair, the rap-singer, the manufacturer, the law-makers, the president...they know what they are talking about. They have...Matrix Credibility.

They have what? They know what?

They know what they think, and some might even sort of believe they think they know what is true, especially if they are continuously told they do. Some have book-learning and years of experience. That matters when you need a stable building or a bridge built or a safe fast moving vehicle or a non-poisonous food product or heart surgery. Some are just robots with artificially programed intelligence. Input/output. Many have knowledge but that which is no longer acceptable or does not align with the current trending truths so they have good reasons, mostly personal reasons regarding steady employment, for you to accept what they say without questioning their revision of truth.

Statistics are great tools but are hardly static and are as suspect as the great faceless ‘they’ when deciding who or what to believe.

What is true in the Matrix seems to be somewhat organic and is constantly evolving. It’s never a solid standard or a foundation to build upon. It’s more a means to an end. Buried in the deep operating system of the Matrix there’s always an agenda to be thrust forward so it must be constantly manhandled and remolded to accommodate shifting necessity.

The only constant in the Matrix is the law that demands that everything that was true yesterday, might not be true today, but pay no attention to that. Delete.

There is so much irony here one could build a battleship.

For all our opposite points of view there is one thing I know Reggie would agree with me on. A real expert, the one you could trust with your life, is the one who is armed with common sense, who knows how, and is not afraid to use it. One who may not have a title or letters following his name but who has a knowledge of and faith in a Greater Truth and so manages to survive the negative consequences of the power and authority of the false ones who are temporarily in charge.

It is a law of the human soul that people tend to become like that which they admire most intensely. Deep and long continued admiration can alter the whole texture of the mind and heart and turn the devotee into something quite other than he was before. For this reason it is critically important that we Christians should have right models. It is not enough to say that our model should be Christ. While that is true, it is also true that Christ is known mostly through the lives of His professed followers, and the more prominent and vocal these followers are the more powerful will be their influence upon the rank and file of Christians. If the models are imperfect the whole standard of Christian living must suffer as a result. ~A.W. Tozer
Posted by meema at Wednesday, May 28, 2014