That Thing About Christmas

A recurring theme in Christmas stories is summed up in Dr. Seuss’s classic children’s tale The Grinch Who Stole Christmas: no matter what you do or not, what you have or don’t, Christmas happens anyway. 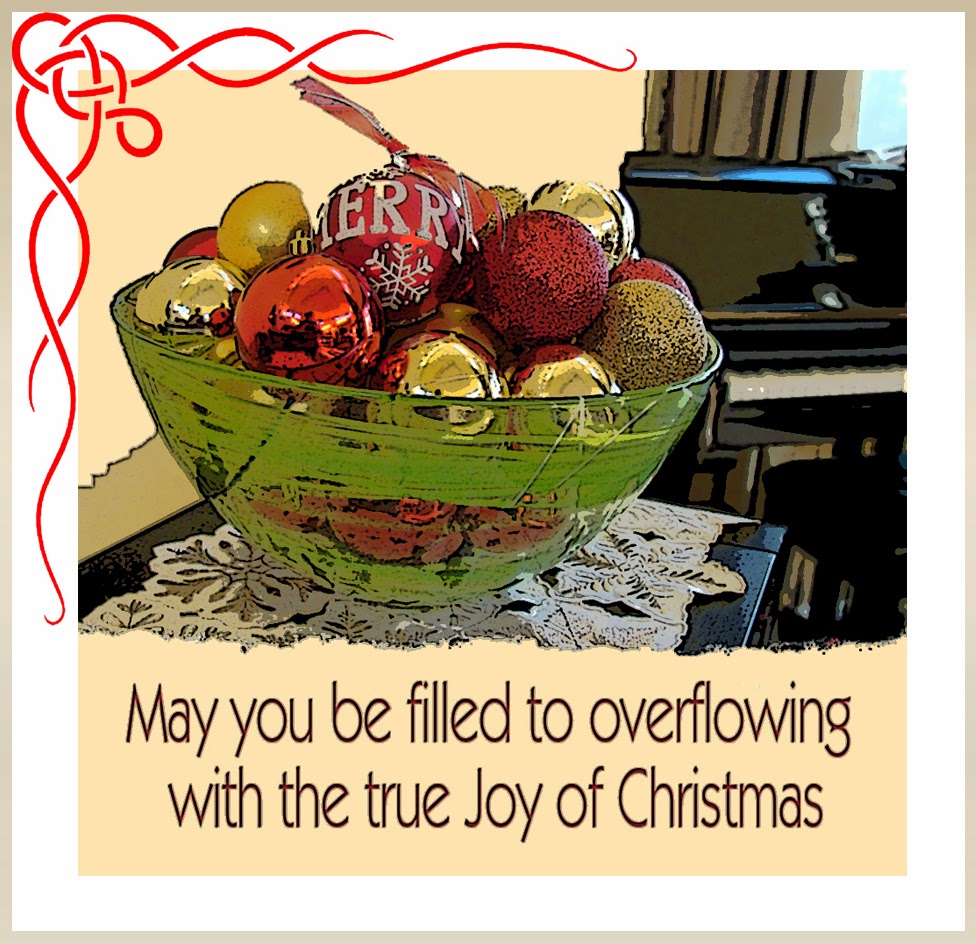 Christmas, as we now celebrate it, primarily as a vehicle for economic stimulation, used to be much simpler. Honest. During my childhood no one even mentioned the topic of Christmas until about December 15. On the mid-month Sunday my dad would drag out the outdoor Christmas lights, wrestle with untangling the wires, test and replace the burnt out bulbs and then festoon the cypress tree at the end of the front walk. Mom would start baking fruit cake and the season would gently begin. Only then was I  officially allowed to play I’m Dreaming of a White Christmas on the record player, over and over again, and it was my job to set up the card board manger scene under the tree. My mother did the tinsel, because I did not have the patience to hang one strand at a time.

A handful of old photos confirm the only consistent decorating-for-Christmas tradition of my childhood was making sure the tree leaned slightly and the star on top was always off center. And the tinsel was hung perfectly.

By the time I was in the hot middle of raising my family, someone had figured out what a boon the Christmas season could be for commerce. Thus, I was sucked in by the holiday frenzy vortex. Just short of needing to be hospitalized for exhaustion is what I remember most about a twenty year period when I was referred to as “Christmas Mom’ for my all out Herculean efforts to do everything possible to commit suicide by decorating, filling stockings for everyone and the dog, baking, shopping, entertaining, making gifts, wrapping gifts, devising new ways to shove as much activity as possible into a month starting the day after Thanksgiving. Peace and Joy, delegated to the back seat, the call of duty to my To-Do list commandeered the bus. Duty to be. Duty to meet or exceed expectations.

I might have stopped sooner if there had been such a thing as blogging back then.

It seems the buzz in the blogosphere this year is about simplifying. Cutting back on decorating and spending, not just money but time. The unified consensus among blog followers include comments like “thanks for giving me permission to scale back - I needed this.”

Keeping it real I wonder if I would have heeded this “permission” way back when or would I have soldiered on. I’m nothing if not stubborn. I’ve always had to figure things out for myself-–the hard way. But since I am always ahead of my time, a lifelong blessing as well as curse, I often figure things out sooner than the mainstream.

My epiphany came about ten years ago. It hit me that I was over it as I was loading up the 22 bins full of Christmas decor to go back to storage. Then and there I gave my own self permission to let go. The following year I offered my oldest daughter everything but the bin of tree ornaments. I continued to do a tree until five years ago when we moved to this our last house. Now I decorate the mantel and that’s about it. Some greenery, some fake red berries here and there. Poinsettias. Some candles. An arrangement on the dining table. This year I also filled an art glass bowl with shiny balls. Done and done! Exhale.

But, more importantly, my decision was even more dramatic than limiting decorating. I also suggested as a family, we collectively agree to stop exchanging gifts among the adults only giving to the kids. From there it pared down further and the kids now draw names amongst themselves, greatly reforming the gifting obligation from burdensome to symbolic. Further, in the same timeframe that I quit overdoing Christmas I also started a tradition of having the grands do random acts of kindness in lieu of gifts for us–the grand parents. They share what they chose to do with us at our annual Christmas gathering. What could be better?

Here’s the really crazy part - amazingly enough, a decade ago we had no idea we were trending, we thought we were reclaiming sanity and returning to the real reason for the season. There was no media coverage or national dialogue or social media flurry about our decision to do differently. No collective opinion or permission required.

I could brag and say we are just too smart but it’s more likely we were blindly blessed to figure out that thing about Christmas coming anyway is and was always about Christ–not what we do or don’t do to acknowledge His birth. The world was weary, hurting, frenzied, distracted by things and duty, expectations and Law that could not save. It was pretty hopeless.

But, He came anyway, as a babe, no less, not only giving us permission to let go and rise above all the useless frazzle but also bestowing the best gift ever - the Way to genuine joy and divine peace.

Merry Christmas,
For Him,
Meema

While packing things up for our last move five years ago I found the bin of ornaments, most of which were handmade by my three children and the first two grands–a representation of the evolution of kids crafts from the early 70s to the late 90s. But more than that, a collection of stories of our family’s Christmases past wishing to be told. I realized then that I would not likely decorate another tree, so I wrote a letter, sealed it and put it on top and then closed the bin. It sits on a shelf in the basement. Waiting. Like a time capsule.

I love imagining that some day there might be a gathering of my heirs reading the letter and pulling out the ornaments sharing with the great-grands how each came to be. Whatever their traditions might be they will be able to see and touch the best of the best remnants of my Christmases past. Everything else is irrelevant. And rightly so.