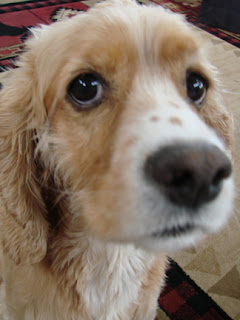 I  called to make a grooming appointment for Auri. I’ve been taking him to the same place for five years. They, as they should, insist that his rabies vaccine is up to date.

This year, though, we were on vacation when his annual shot came up for renewal. I had forgotten. I called to make a grooming appointment and they informed me that his records showed his shots were expired. I made an appointment to get the shots.

Then, a few days later, I made an appointment for the grooming. I was told his shots were expired, I happily said they had just been done. I was then told to bring the paperwork.

This was back in late June. June 29th to be exact. Auri’s shots expired on June 26th. I showed the new paperwork, he was groomed.

Today, when I called for a grooming appointment I was told his shots had expired on June 26th. I replied that his shots were up to date, and furthermore they should have a record of his last grooming on June 29th.

Yes, she could see he was groomed on June 29th but that the information in the computer showed his shots were expired as of June 26th.

Now, at this point, I want to argue, with every fiber of my being. I want to ask the person if she understands that his last grooming could not have taken place on June 29th if his shots expired on June 26th. But, frankly, what is the point? I will produce the documents again and perhaps the person putting in the information will update the information.

Perhaps I will just need to keep the documents in my purse.

But still I have to wonder - what has happened to logical thinking? Our brains are officially dead, or at least reconfigured to stop thinking when numbers and data appear on a screen, as though this is definitive, unarguable information.

You might think I am over-reacting here.  I am just too old. Cranky even. But I remember when someone might have said, “Wait a minute... there must be a mistake here.” Instead of saying - “I don’t know what to tell you, it says here the shots are expired... .”