Pardon me while I go off on a rabbit trail here - Bear with me, I promise I have a point. 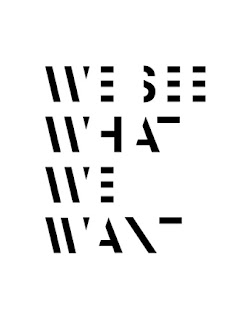 Back in the 80s there was a TV sitcom, can’t even recall the name, where in I learned a valuable lesson. The story line of the week was focused on the character who was a middle-aged humorless office manager being attracted to a woman who had come to do business with the firm. They were like two peas in a pod. Pragmatic, practical, logical. Both lacked passion equally but these qualities in each other attracted one to the other.

As the show progressed their relationship advanced to the marital contract stage where, at the end, they sat down in the office across from each other to negotiate. They each made a list of priorities. Things they expected, things they were willing to compromise on and finally the things that could break the deal.

Of course, it was a comedy and consummately funny to witness the rapid, professional interaction of two people trying to find middle ground for a personal relationship as though it was only a dry business deal. As each tossed out the items on their list, it appeared they were coming to terms. And then, the deal breakers were put in play. Stalemate. In the end, they shook hands and parted, agreeing that the relationship could go no further.

I’ve thought about this fictional story and the buried wisdom in it many times in the last thirty years. I’ve watched people I love, blinded by passion, enter into unhealthy relationships because they weren’t willing to call out and name the deal breakers. The things one ought to know at the get go. And, consummate philosopher that I am I can see this in a larger frame.

Years ago a friend of mine was trapped in an abusive marriage and she often came to me to talk and vent as she was reordering the course of her life. She said something to me that I never forgot. She pointed out that girls, in particular, make a list of ten things they want in a mate. Then they look for these qualities as they are questing for their perfect life partner. She said, that’s the big mistake. Everyone, guys and gals, need to make a list of the top five things they cannot live with. I could add the list could even be longer given the culture we live in now.

But how profound! Think about it. You want what you want and sometimes you are willing to make allowances for the things that disturb you because the rest or most of the top ten criteria is met. And while it’s true, there’s no such thing as perfection, and no merger was ever launched with two perfect people, there are things that should not be overlooked - ever.

Someone commented to me recently there ought to be a list of red flags and warning bells. I replied that it’s been my experience that people don’t want to hear about red flags and warning bells when they are falling into someone or something else.  The human psyche is complex but highly predictable. We dismiss what we don't want to see when we are very much wanting something else we think we see.

And this is the great frustration for me, because I am looking at a more incompassing picture here of how easy it is to dupe sheep. We are ripe for the picking. And that means in many areas, not just relationships.

Not to put too fine a point on it there are red flags and warning bells. All over the place. There are deal breakers already on the table. Who is paying attention? Christ said that those who chose not to see would be blinded on purpose, ‘lest they see”. I take this to heart and admonish anyone and all to make your lists of the things you can not live with or abide by. Regardless in what category.

Who are you willing to compromise with?

2 Thessalonians 2:10-12…and with all the deception of wickedness for those who perish, because they did not receive the love of the truth so as to be saved. (11)For this reason God will send upon them a deluding influence so that they will believe what is false, (12 in order that they all may be judged who did not believe the truth, but took pleasure in wickedness.
Posted by meema at Friday, August 21, 2015