Isn’t it ironic that in the most liberal, self-centered, reprobated society since the days just prior to the fall of the Great Roman Empire, we are still able to have our sensibilities shocked. A collective gasp goes up when we hear that an iconic father figure is accused of multiple sexual assaults, or a family touted as the standard for Christian living has dark secrets revealed. We quickly withdraw our support of a TV or movie star when the news cycle du jour is captured by reports of misconduct, misstatements, and any behavior unbecoming of our idols. 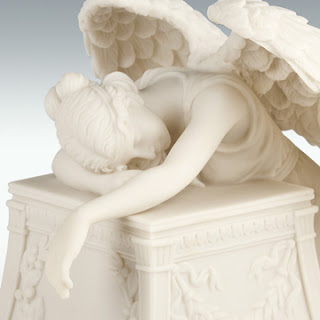 And thus we are the biggest hypocrites ever to populate the earth.

We think nothing of watching what would have not too long ago been labeled soft-porn broadcast into our living rooms at all hours. We might winch a little but we don’t turn it off. We blindly accept that a cartoon channel pumps out silly kid entertainment and so we don’t bother to watch or vet what is being fed to our children’s brains.

We buy filthy books that are so wildly popular they are quickly converted into living action movies that promote the basest of human activity. We post our reviews online.

And yet when a sport hero is accused of domestic violence, we furrow our brows and condemn him. We call for him to be fired, or at least penalized. We like our domestic violence to be the fictional kind. We can put up with it, let it into our psyche, get some kind of stimulation from it, but we don’t want our little tin gods actually doing it. In real life.

In much the same way we endorse, by default, promiscuity, infidelity and perversion. Yet we are incensed when we discover there is a website devoted to such activity that thousands subscribe to. We shake our heads in disgust even as we click through the channels on our TV where promiscuity, infidelity and perversion reign as commonplace. Even in commercials.

We are aghast when we read headlines about aborted baby parts callously sold as commodity. We might try to soften the topic by rationalizing that it’s for the good of ‘science’ for advancing the cause of medicine. To save lives. Wait. To save lives? Kill babies to save lives? Now that’s messed up I don’t care how you look at it.

Where does it end?

So, what does bottom look like for a society in a downward spiral? Once natural laws that have successfully governed integrity, decency and honor for eons are sufficiently diluted into meaninglessness, only chaos and illogical application of rhetoric can prevail. There is no better way to describe falling from grace than to say look around. It’s not only all around us, it is in us.

Not like it hasn’t happened before. But what if this is the last time? Last chance?

(1 Corinthians 10:12) Wherefore let him that thinketh he standeth take heed lest he fall.