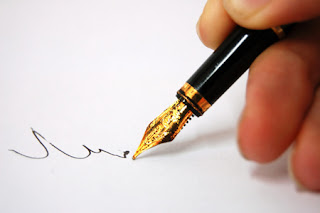 I had an idea, much like you used to have several times a day. I wanted to do something, dust off and access some old skills and tools you once so mindlessly took for granted. I sketched my basic idea on paper, made the materials list, as you always did before, and then gathered them from different sources, including a few from dusty shelves in the basement.

I pulled out my old machine, the one you used every day. The one that hasn’t seen the light of day for a decade. Sitting in front of it I had a rush of familiarity but was flummoxed by the lack of recall of where the on/off switch was. Then I remembered, oh, no switch, just the foot peddle.

Okay, everything together, let’s do this! I thought. But time had done it’s worst and something had either crumbled from age or froze. The foot peddle didn’t work. Not to be thwarted, I came up with plan B, as you always had done, and pulled out my other machine.

[I’d like to insert here that I do not understand how those two devises got so heavy in the last ten years!]

All set I began my sewing project. But what I had visualized, following the model of your productive years, did not seem to conclude with the finished item I expected. Plus I was sweating. I never sweat nowadays, or, more to the point, I don’t do anything to cause sweating.

Pulling and tugging on the large fabric panel called upon the use of muscles I had forgotten I once needed to do the job. There was some spontaneous twitching and trembling that gave me cause for alarm. Then the bending and stooping required as I laid out the panel on the floor to reconfigure it met with some complaining from other now soft spots in my back and gut.

All in all I am forced to admit I had thoughtlessly stepped back in time without life support, like floating out in space into no oxygen. And I had to admit, much as it hurt, I can’t do this sort of thing ever again. Ever. Again. Try that on for size. There’s always the BIG MOMENT in the timeline where one can definitively say, this was the point of nevermore. This was one of those.

Sitting in a state of semi-depression combined with annoyance my still busy brain made some sad then versus now comparisons. But soon the angst gave way to fuzzy memories.  Regardless, one thing’s for sure, I remember you very well.

All the good things and not so good. The semi-got-lucky smart things. The incredibly dumb things. Most of all the unstoppable energy and willingness to try, even after many failures. This stands out above all the lack of worldly success. You always gave it your all. You dived fearlessly into the middle and worked your way out to both ends.

I also remember the doubt that lurked in the shadows stalking you. The assumption that you were never going to be outstanding. But you never let it stop you. You did things, tried things, made things, planned and executed things anyway. You decided you could only compete with your own personal best, not the world. Never the world. It was always the doing that mattered more than the outcome. It was never the thing itself but the problem or challenge to be solved that kept you moving.

How I’d love to sit and talk candidly with you in all your stages, your pre-mom life full of vague dreams when you might have planned better and your mom stage full of stress and no light at the end of the tunnel when you might have been more patient. I’d tell you to hang on and take it a day at a time, focus on the moment, on what is happening not what isn’t.

Though I would never say, ‘enjoy it - it goes so fast’ because I know that’s trite and meaningless when you are in the very middle of the mess that never seems to end. I won’t say it even though it’s true because you’ll find out one day anyway. Everyone does. I might offer a warning to try to avoid impulsive choices you might regret one day which is a wisdom hard to say, even harder to hear or follow. You need a measure of intuition and forward thinking, and an active prayer life. Mostly an active prayer life and faith.

You see, one day, you’ll wake up with aches you went to bed with. You’ll have grown grandchildren whose childhoods went even faster than their parents. Regardless your body letting you down your brain will still function in much the same way it did but you’ll have some hard earned wisdom you can’t share and very little else to do with your mental energy. You’ll feel frustrated but it is what it is, the cycle of life - live long enough to know some things you could have used when you were younger but that no longer matters and you wouldn’t have listened to it anyway.

So, it’s okay that we can’t talk because I can’t share with you how to get the wisdom, you’ll have to figure that out for yourself, one lesson at a time. What you will discover, which is inevitable, is that the wisdom that comes from living life out loud cannot be passed backward nor forward. It is merely the end product of doing, trying, failing, semi-succeeding. But while it belongs to you, it’s not a resource for others to tap into because the irony of wisdom acquisition is that it only matters in the learning mode, not the reflecting stage.