I have a theory. We have become, in our blind haste into mindless progress, dependent, vulnerable and essentially helpless because we don't have to think for ourselves anymore. We have worshipped at the alter of the dubious gods of convenience and speed until we have become enslaved to the concept that any innovation that removes us farther away from effort is better. 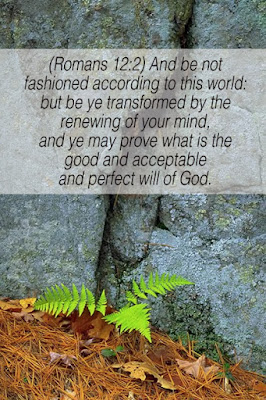 At the risk of being labeled ‘anti-progressive’ I confess out loud I see immeasurable damage done in the past thirty years to basic human resourcefulness and general problem solving skills simply because we have capitulated to the system and/or advertising that brainwashes and manipulates our thought processes. What intangibles in terms of instincts and creativity have been exchanged for nothing more than quick results?
Years ago I taught people how to make things. The first obstacle I encountered was the attitude that remains pervasive in this electronic culture. "I'm not creative" is what I’d hear over and over again. I would sigh and respond to this by asking this question, “Did you believe that when you were a child? Were you born that way, or was it leached out of you over time because you never had to use your creativity?”
I have never seen a new human who wasn't curious and inventive. I have, however, met plenty of grown humans who have forgotten this. Creativity goes hand in hand with independent thinking.
I realize my philosophy on this issue won't set well with techies who make their living using their creativity to make devises that ‘make life better’. But what about the end user who loses, in bits and pieces, day by day, the ability to think and do for himself. It is a subtle erosion, almost imperceptible and fraught with hidden danger.
For example, I chose not to have an ATM card early on, because I could see down the road that I would become dependent on it. Have you ever been in a hurry for cash and then had your card refused because the magnetic strip was damaged? A little thing you say? But without this crutch, I am responsible to myself to remember to plan ahead and go to the bank when it is open. Call it a routine exercising of my embedded memory chips. It could certainly be argued that a debit card is only a tool and should be used with prudence. But, in general, people are too busy and lazy to be prudent so they allow themselves to be the used instead of remaining the user; controllee instead of controller.
Inch by inch the condition of modernity is causing us to lose our grip on self-responsibility and accountability because it is easier and indeed faster to let someone or something else do the thinking and ultimately shoulder the blame when something goes wrong. "I can't believe this stupid machine is out of order and now where am I going to get money?!" instead of "Oh, man, I should have stopped at the bank on my way home!".
Can't stop progress, can't stop progress, I can hear the mantra now. But I'm not suggesting we stop progress and return to the dark ages. I am only saying I see the handwriting on the wall and I am making small choices for myself based on what I see and know about human nature, most particularly my own. This includes not embracing every innovation just because it’s ‘new’ and purports to make my life easier and more convenient .
So, I ask questions. Will this modern convenience contribute to making my brain turn to mush? More importantly does it prep me for blindly accepting things I should not? And yes, I'm a maverick, perhaps dangerous even, to hold fast to independence and self-reliance. But I trust the old axiom about being true to one's self.
And what I know about myself is that I feel the most secure and less at the mercy of the misjudgment of others when I think independently regardless how far outside the box that puts me. While this often makes me odd man out, frankly, I’m used to it. Okay, so no one gets me. I’ve made peace with that. At this point it feels more like a badge of courage than rejection.
Plus, as it turns out, I have a mandate, from the One I truly trust, to be in this world, but not of it.
For Him,
Meema
Posted by meema at Wednesday, March 09, 2016