We don’t watch many movies nowadays. Modern narratives and themes simply do not entertain us, often embarrass us, and always disappoint us in regards to the obvious decline in all that is supposed to be civil about civilization. But recently we decided to try a WW2 flick - Fury - starring Brad Pitt. It was brutal and honest and probably depicted truly as possible what went on inside the Sherman tanks in those waning days of the war as the Allies pushed through Germany in the final wrap up. War really is hell, isn’t it? 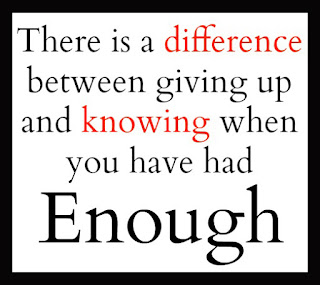 It was not a true story in the sense that it was based on real characters and scenarios but rather a compilation of stories blended together as told over time to the author by friends and family who had survived to tell their tales. Nevertheless it was real enough because the takeaway was undeniably sobering.

First and foremost, regardless how leftist idealism loves to obfuscate and ignore and/or reconfigure the tough truths to suit its agendas, history reveals over and over again how easy it is to rally ordinary people to destroy and decimate on nothing more than the ambitions of ruthless humans who schmooze and wrangle their way into position of authority. In the late thirties and early forties, it was Hitler, Stalin, Mussolini, Hirohito and handful of lesser despots also known as wealthy tycoon industrialists. Before that it was a different cadre of names rolling backwards into prerecorded history. It’s like reading from a script - those who rule from their ivory towers only feel the burn when their dreams of domination are dashed and they are sent packing into infamy.

Modernity’s tyrants, those who currently live in the lofty heights, secure, protected and coddled by those whose job it is to manufacture public opinion are always seven safe degrees of separation from the public who choose to blindly believe and follow them.  But, over time, as the ‘useful idiots’ as Stalin loved to refer to his citizens, are left to deal in real time with the hardships, empty shelves, shortages in every category, untenable laws and unfair implementation of laws, eventually get tired of it, hit the place where they ask, “What is the point?” and say, “No More!” That is the turning point where they have nothing to lose. And that is the point where tyrants historically meet their Waterloo.

Even so, with little remaining to give up, sometimes this takes a courage that means facing inevitable hardship and/or death for those who speak first, those who point out that the Emperor is, in fact, a naked, delusional liar.  Sometimes it means ignoring name calling and being vilified. Sometime it means voting against the tide of manufactured public opinion, one's religion and/or the new normal.

Sometimes it means getting so weary of lies, manipulations, empty rhetoric and failed promises, you are forced to say, “Enough!”

I am not interested much in the dirty game of politics but given the realities of how politics impact our minute to minute lives, even as those who indulge in the political sports ride high above the waves, have more than enough to take care of their whims and needs, have armed guards shielding them and talking heads excusing them, fake polls seeking to coax the opinions of those who are mostly interested in when the next iPhone is being released, it behooves me to pay attention to the tyrants du jour, those who make thousands of laws and regulations that tell us every move to make, what to think, how to feel, even as the law makers are exempt from the edicts themselves.

I hate run on sentences but this time it’s okay because it emphasizes my anger. I have said, in my head and out loud, “Enough!” just as my distant cousins in the Uk have done, and the victims of failed socialism in Venezuela and Brazil. Like everyone I know who would rather have a successful clown who’s willing to say the un PC words  elected to the presidency than another proven to be deceitful tyrant.

When ordinary people finally reach the tipping point, when they realize they are the ones who directly reap the devastating results of the self-serving plans of lying tyrants and so refuse to take it anymore, they reorder their priorities.

(Matthew 21:12) And Jesus entered into the temple of God, and cast out all them that sold and bought in the temple, and overthrew the tables of the money-changers, and the seats of them that sold the doves;  (21:13) and he saith unto them, It is written, My house shall be called a house of prayer: but ye make it a den of robbers.
Posted by meema at Friday, June 24, 2016