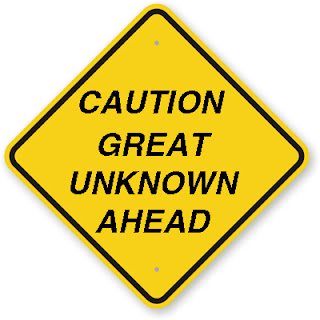 It was early 1979. After borrowing from Peter to pay Paul too many years, the distress of not enough household income had finally reached the critical point. The only solution was for me to find a ‘paying’ job. Updating my resume honestly included lots of volunteer experience, PTA committees, Cub Scouts, Camp Fire Girls, United Way fund raisers. Not so much business-related skills as is delineated by business operations that are considered worth paying a salary for.

Semantics! But that’s a rant I’ll save for later.

Then an opportunity came through a recommendation from a friend who was an executive at the headquarters of a major oil company. An entry level job. Filing papers or something. I drove downtown to be interviewed. I filled out the papers with a rock sitting in my stomach.

The young woman assessing my skill sets and hire-ability was probably ten years my junior and spoke to me in a tone of superiority that frankly got into my craw from the get go but me not wanting to be there might have influenced my opinion of her. She was clearly judging me though. I had run a household, had three kids, the youngest age seven, but I was in someway bordering on imbecilic because I had not typed, shuffled and filed someone else’s papers for pay.

At the end of the interview she noted that I had children at home by forewarning me that the job came first, should they condescend to hire me, and that I would be expected to show up. The unspoken part was pointed at the obvious demands of a parent in charge of three kids. I drove home sick at heart. “Please God”, I pleaded, “is this really what I have to do?”

The next evening the officers of the homeowners association met, for which I was the secretary (was that a skill set?) to discuss the upcoming summer season. We needed a neighborhood pool manager. As we tossed around ideas for how to run the pool more efficiently than in the past, it suddenly came to me - I could do it! Why not? The pay wasn’t much but it was real. I could stay home with my kids for the summer instead of working to make just enough to pay someone else to spend the summer with my kids.

I tossed out that idea. And why not indeed. The next day I enrolled in a night class at a junior high to take the life saver course. Two nights a week for six weeks. As summer approached I was credentialed and ready to manage the neighborhood pool as well as able to rotate out with the life guards.

I spent the summer of 1979 in a swimsuit. I designed and made my own back then (a skill set that lead to other things). My kids spent most of the time at the pool. Rough summer. I got tan and lean. The pool closed at 8 pm and I did laps, swimming a mile every night before I went home.

Here’s the best part - the part that reveals God’s cleverness and not to mention His apparent flare for loving the ‘eleventh hour’ story writing technique:

The day after I was officially hired to manage the pool, the snooty little woman called me to tell me (what was that tone in her voice?) they had condescended to try to allow me to work for them.

I gleefully responded to her constrained with all the professional grace I could muster, “Thank you so much, I appreciate the offer, but I have accepted another position.”

The rest of the story is just more of the same - Divine intervention, one thing leading to another, one crisis becoming a golden opportunity to learn and grow and add on. The dots, in retrospect, don’t even look related. In summary - because I did not take the job filing papers, I ended up as a designer for a craft book producer (designing/sewing skills) which lead to photo styling which lead to a big move which lead to ... you get the idea. Go figure! Talk about a windy road!

While it is so easy to say, “God has this” when you aren’t in the curve, it’s not as easy to believe it - to trust it - to let your faith take the wheel when it feels as though you might not get out of it,  but I can attest, from experience, it is easier to negotiate the twists and turns, be more pliable, when you are relaxed. Faith does that.

Vance Havner said it this way:

It is often overlooked that God commands us to believe. He does not merely invite or urge, He commands it. Living in unbelief or uncertainty is outright disobedience. We do not honor God by indecision and doubt. It is faith that pleases Him. We ought to come to Christ immediately and trust Him and never waver, because He has bidden us come and believe and we can do anything we ought to do. He inclines us to come by His Spirit, for certainly neither the flesh nor the devil ever impelled a man toward Christ. You may be sure that He is working in you to will and do of His good pleasure, and if you will to obey Him by believing as best you know how, you may be certain He will not cast you out.