What's In a Word?

Instead of making new year resolutions that I won’t keep past mid-January (if that long) I  took the practical path other bloggers have and last year adopted a single word as a guideline rather than a list of ambitious intentions. I’m not sure that I chose the word or if it chose me but in retrospect for the most part I do think I lived up to the word - Stand.

This year, mulling over the thing(s) I want to focus on in the coming months, as I tested out different possibilities, a particular word kept buzzing in my ear like a flying pest. I kept brushing it off - telling it to hush. I didn’t want to dig into the whys and wherefores that the word annoyed me. I just wanted it to go away. It bothered me.

That’s likely why I finally had to consider it. I had to give it a chance to explain. I conceded it wasn’t going away until I did.

Since I think I know what I have to do this year, as I begrudgingly granted the word a shot at being the selected standard bearer of my quest, I took the time to do a dictionary/thesaurus search that concluded with me making an audible gasp.

Sometimes we plod on, day to day, assuming we know what a word means, using it as we always have only to discover that our definition isn’t completely representative of all a word can say. Being a lover of words and all the ways words can be assembled to communicate, I have to admit being delighted when a word stands up for itself, determined to get my attention, to show me it is more than I thought it was.

So, yes, now I have my word for 2018.  In the coming weeks I will be sharing what this word symbolizes and, more than that, the task it calls me to. I am both nervous and comforted that it appears that the word chose me. I’m walking forward in faith that this is a good sign that this is supposed to be.

And more importantly that I am up for the endeavor. 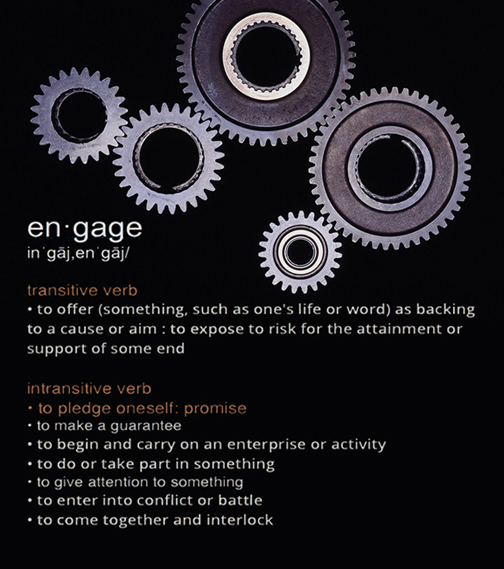