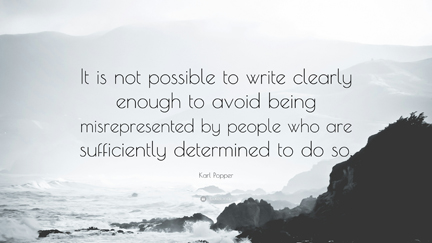 FYI. Writing, whether a hobby or for a living,  is not for the faint of heart.

I used to mentor starry-eyed newbie authors, first and foremost, to acknowledge that writing to publish is not an automatic catapult to celebrity status. Words captured, whether in ink or pixel, is not a guarantee to anything, neither fame nor fortune. In many more ways it is almost a given to be a door kicked open to scrutiny and criticism.

Whether your wordsmith hat is embroidered with Journalist, Book Author, Columnist, Blogger, etc., once you choose to wear it, you pass through a threshold into the vulnerable world of opinion, bias, and individual skewed perspective. Regardless how well you hone your craft, you will never be able to please everyone, nor avoid being critiqued harshly by more than a few.

In the exciting, expectant midnight hours, waiting for a published work to show up on Amazon, I routinely cautioned my authors to expect some naysayers and those who won’t like their words in one way or another and who are at the ready to click on the one star, expounding on all the ways the work is subpar.

Nevertheless, I also cautioned against having friends and family fill up the review scores with praise and head pats because, while you should never be devastated by someone’s negative opinion,  there’s no real benefit or encouragement in fake or biased accolades either. The joy that comes from having met the challenge of the process of taking idea to finished work is more often than not a very personal and private celebration that cannot be fully appreciated by anyone else.

When you choose the writing life, you make an unspoken commitment to do the best with what you have to give, what you have to say, to offer your interpretations sincerely to life’s huge loud narrative. Regardless how this might be misinterpreted, misquoted, your concepts and words cherry-picked, taken out of context and misused to fit another’s agenda, you choose to stand by your work or risk compromising yourself to fit into a mold defined by the current stream of consciousness.

In the latter case, you’ll do nothing more than write within the confines of serious boundaries, constrained by fear, second-guessing and somewhat safe, albeit staid formula. And thus your relevance will be greatly diminished. Ultimately the drive to write is mostly a quest for relevance.

Now mostly retired from the riggers of full blown publishing, I soldier on with the writing game to keep my hand in via personal publishing projects - and this blog. Turns out, in spite of almost complete anonymity, this writing venue is still wide open to being scooped up and misquoted to serve personal vendetta.

I am not shocked by this revelation except in one regard, that in spite of obvious agenda, words commandeered can be an effective weapon to disarm even those who know the complete truth, the backstory, the details, and the point of the writing. I admit it stuns me to be lectured by someone who knows the background of the topic, ‘You shouldn’t write that because it might be misinterpreted’.

Panning out to the broader picture, far removed from me personally, I see this as an alarming rising phenomenon. I don’t wish to contemplate where it will end, perhaps in similar ways that free speech and expression have been thwarted in other critical times in history. What I see unfolding is a rapid rush toward silence and being silenced for the sake of not kicking against the pricks. But doesn't that simply allow for the thorns to always win and overrule?

In a rigidly literal, controlled, no-purple-prose-allowed world, at a certain point, some types of writers are the first to go. Since comedians, satirists and those (such as I) who lean heavy on analogy, who take what they know about and add fluff to enlarge ideas, are the first most likely to be easily misinterpreted, therefore they must be severely thwarted or silenced altogether.

To that I say, for what it’s worth, I choose to stand and claim I’m too old to be shut down at this juncture. Critics be damned.

Wordsmithing is as much an art form as painting or sculpting. No one is allowed to dictate to the artist as he/she is creating. Once done, it’s fair game for loving or hating, of course.  Haters gotta hate.