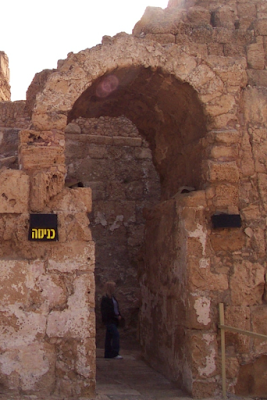 Matthew 19:24 - Again I say to you, it is easier for a camel to go through the eye of a needle, than for a rich man to enter the kingdom of God.

Regardless our diverse life paths, whether we win more than we lose, reach most of our personal goals or take multiple failures on the chin, have more to be grateful for than regret, we, the best and worst of us, all have one thing in common. One day we will no longer exist on this earthly plain. I, being an unapologetic Christian, believe we will move on to be accountable for those things we did or did not do that were required of us. Some don’t believe that and I can only reply to those who do not believe in God that they had better be right.

In the meantime, though, regardless what we believe happens to us ultimately, we move through each stage of our life, often unaware, at least in the early years, that we periodically come to a threshold we must pass through - a doorway where we must leave some collected things behind in order to enter into the next phase.

At my ripe age of 72, I’ve crossed through quite a few of these portals. Some things are much easier to lay down than others. When you are a child moving to adulthood, you can enthusiastically give up childish things. Trust me, though, it’s not so easy to lay down a backpack filled to capacity with hard-earned knowledge, skills, experience and cherished things that no longer matter, in order to fit through the narrow gate.

I can’t help but visualize the camel trying to pass through the eye of a needle. Not many understand that Scripture but the history behind it was explained to me long ago in a sermon by Billy Graham.

You see, the theory is, in ancient Biblical days, vendors would come to a gated city with their wares strapped onto the back of their camel. When they reached the opening to enter it was often quite narrow, for security sake, and was referred to as an ‘eye’.  So, the vendors would have to offload their stuff in order to get the camel through into the city so that they then could go in and set up shop.

Whether true or not it is a great yet simple analogy for what we often have to do in order to continue. We must off load our baggage first before we can proceed.

I confess I have recently reached the been-there-done-that-now-what? door and I’ve paused to consider what might be on the other side. Though I have always believed and held fast to the concept that one can continue to learn new things up until one stops breathing, I am forced to accept that it is more difficult, for all sorts of reasons, both physical and metaphysical, to build new neuron paths in an old shrinking brain. For someone who is a learner/doer that is an especially bitter pill to swallow.

But it doesn’t really matter what we do not want to give up or leave behind, we cannot allow ourselves to stand outside in a state of fear, angst or suspension, clinging to all that once was important but no longer matters. We have to come to grips with the inevitable in order to prevent stagnation. Even if everything we have ever been or whether the accumulation of all the bits that we think defines us are no longer germane in a modern world, we can’t change this by denying that it is a reality, a genuine force to be reconciled with.

I have so many of these passages in my history now I feel somewhat like an alien from another century. Even as I let go, though, I must cling to the assumption that God might still have a few things left for me to do for Him and so while waiting I amuse myself by practicing my ukulele, composing, writing more than speaking and doing as much as I can while sitting.

That might sound sad and bleak but it is actually the opposite. You see, I have come to terms with my limits. I’ve made peace that it’s okay I am not what I used to be and, more importantly, I’ve run out of will to be anything at all anyway. In fact, that’s an incredibly liberating concept to embrace. For one thing, it means I don’t have to be anything anymore.

With the exception of being always at the ready to pray or write words that might inspire, I don’t have to be or do anything specific in order to be relevant to God. So I can, in fact, still be relevant in ways the world can’t see.