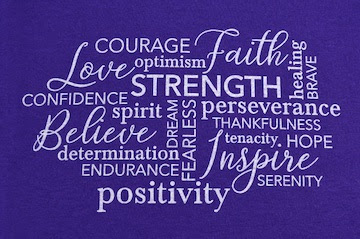 In the early 2000s, just as I was exploring and dabbling in the difficult and often frustrating world of authoring and publishing books, I joined a worldwide online writers’ forum. Actually it was a conglomerate of forums, each categorized to specific areas of writing to publish. I spent a lot of time in there,  eagerly leaping into lively discussions in numerous groups.

One in particular was focused on short story composition and now and again someone would post a challenge to write and post a short short - 1000 words or less - in a 1 hour timeframe. Then, all would read and critique each other’s efforts.

One day, as we were sharing our thoughts about our posted stories, someone joined the discussions whose avatar I had never seen before. It was pretty clear from the get go that this person was known, had a stellar reputation, was well-liked, and even in the virtual context of cyber space, brought an immediate exciting energy to the typed conversations.

Everyone clamored to have exchanges with the one I will always refer to as The Encourager. As is my usual MO, I stepped back and quietly observed what was unfolding. I had no clue who she was. It occurred to me she might have been a real honest to goodness published author, the pinnacle of achievement within the ranks of those gathered there.

The Encourager, who was certainly a gifted wordsmith, offered her impressions of all the entries. One by one she made an effort to point out all the positives. I was instantly mesmerized by her ability to lift up without sounding patronizing. She was a master of the art of sincere compliment.

As she zeroed in on each post, the writers literally gushed with appreciation for her gifts of heartening.  Honestly, I thought I could hear giggles.

I have never forgotten this experience. It comes up as a flashback when I read nasty, judgmental comment exchanges in social media - and between complete strangers, at that. How easy it is to let our ugly sides reveal themselves when we are protected behind a computer screen. Is this who we really are though?

I think of this person, this giver of inspiration/motivation to others, and wonder, why is it so difficult to be positive? To lift up instead of smack down? How instantly obvious is the day/night comparison between what happens when people are elevated instead of criticized?  Which begs the question, why wouldn’t we prefer that?

My only conclusion is the condition of being human. We fall short in so many ways. Human nature is a stunted toddler that needs to feel superior and, in an underdeveloped perspective, the only way to do that is to smash others down. And so the cycle feeds itself. Negative begets negative.

I could point out that positive begets positive too, however, for some reason, this does not seem to be the auto-set in the human experience. What a shame.

Being a pragmatist, I know that speaking about this, bringing this into being as a topic is not going to change a thing. Therefore, be assured I am not going to start a go-fund me to raise funds to bring awareness to this basic human flaw in hopes that we can turn this around.

Nope, I’m pretty sure this is a reality that will only get worse before God decides  to  say, ‘No  more!’

In the meantime, I offer the suggestion that we, as individuals, try, at least once   in awhile, to seize the moment to offer an encouraging word to someone who might not even know he/she really could use it.  No way can we change the world but we can seek to make some changes, if even if in the smallest ways, in our small worlds within the world.

Trust me - giggles are contagious.