To Mask or Not to Mask? 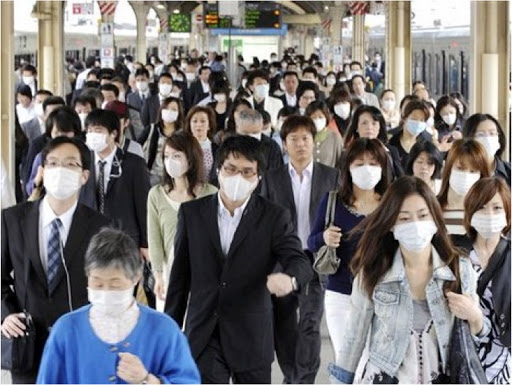 That is the question.

However, believe it or not, it isn’t the right question though. And that is why we are stuck in a circle, going ‘round and ‘round, debating, arguing, never reaching a consensus or solution.

Those who have lost loved ones to Covid-19 will generally step into the controversy armed with the passionate plea that wearing a mask is little enough sacrifice to possibly protect the vulnerable.

Then, others counter that wearing a mask did not prevent them from their experience with this decidedly strange and unpredictable flu, that is responsible for deaths in many as well as the mildest or no symptoms in many more.

So, why is wearing or not wearing a mask such a trigger point for heated debate? Many argue that East Asians have been wearing masks, especially during the standard flu season for decades. Some ‘studies’ declare that the flu is less viral in these places that routinely wear masks. Other ‘studies’ counter these statistics with opposite information. It is a circle because statistics are easily manipulated to confirm a fixed conclusion.

As always, though, within the realm of human opinion-making, what often becomes a focus is not unlike navigating a ship around the tip of the iceberg. Not being able to see the whole thing can be disastrous. This flaw in judgment, due to lack of information, renders all opinion both hypocritical and myopic regardless what side is dug into because the best most logical conclusion cannot be built without the bigger truth as a foundation.

That is why history is such a valuable resource. Humans struggle with that which they do not know because they can’t see beyond modernity, the here and now, neither forward nor backward. Ironic isn’t it that it is often the simple reality of history that sets us on a straighter trajectory? If we are willing to put aside our bias in the interest of finding a fuller truth we must look at the history of a topic.

The custom of face mask wearing began in Japan during the outbreak of the 1918 Spanish Flu that killed nearly 40 million people around the world, including Asia. India suffered deaths of 5% of their population. Covering the face with scarves, veils and masks became a common (if ineffective) means of warding off the disease in many parts of the world, until the epidemic finally faded at the end of 1919. The best theory of what caused the decline of the disease was that the most vulnerable population was killed even as those who survived developed immunities, sometimes referred to as herd immunity. There was no vaccine. A virus is going to do what it is going to do. It usually morphs and often declines in strength over time. It does not go away, though.

Then in 1923, a massive earthquake hit Japan that caused a raging fire. It is estimated that 600,000 homes were destroyed but even worse the sky was filled with smoke for weeks. Face masks became the norm in the most populated cities.

Another global flu epidemic in 1934 birthed the face mask into a new cultural identifier.

After WW2, as Japan recovered and industry boomed, air pollution caused mask wearing to transition from seasonal to year round. Mask production and sales is one of Japan’s biggest industries, resulting in $230 million in annual sales revenue.

Of course, pollution is everywhere, as is airborne illness. So why has the mask-wearing trend primarily been limited to East Asian nations?

The underlying reason could be philosophical: All three countries have been broadly influenced by Taoism and the health precepts of Traditional Chinese Medicine, in which breath and breathing are seen as a central element in good health.

Ultimately in East Asia the common practice of using face-coverings to prevent exposure to bad air came long before the germ theory of disease and now has imbedded itself into East Asian culture. In recent years, however, mask-wearing has evolved, as customs often do, via the healthy young, into both fashion statements and, when accompanied by wearing headphones, as signals to others that one does not wish to engage.

In short, wearing masks in public is no longer about health. It is, what I refer to as performance art. 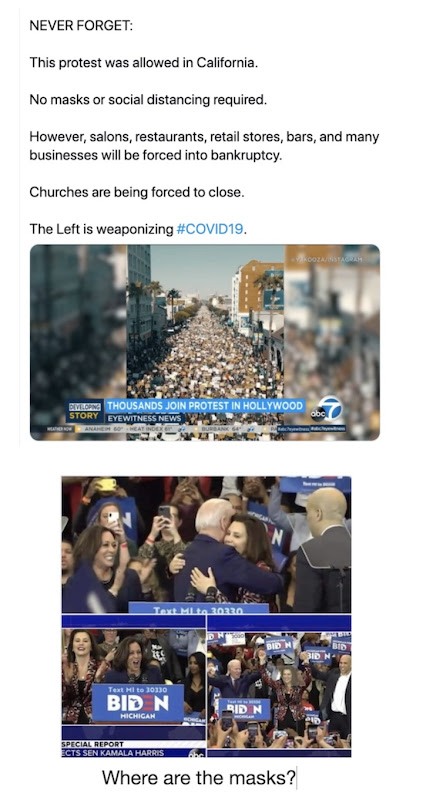 So, the real question is not about whether or not masks worn will protect from disease given the plethora of examples and realities about the hypocritical misuse of masks and conflicting statistics regarding their efficacy. The question to be answered is about the freedom to choose. There is no mask mandate in Asia. It is customary and common but not required. There are no signs on any establishment that demand masks. Many citizens do, many don’t. It’s a choice and there are no mask nazis taking names and issuing fines. 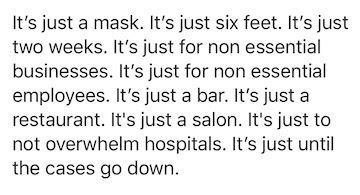 Question: In the long term, which is more valuable to the survival of a free society, wearing a mask just for the peace of mind for those who believe masks prevent spread of disease or the individual freedom of choice based on personal conviction? 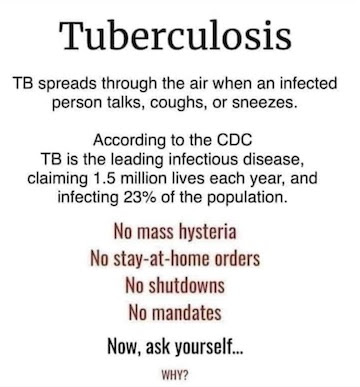 Can anyone claim that losing loved ones to any cause is not painful? Is there any science in place that can prevent death? Why is the spotlight on Covid-19 death brighter than on that of any other cause? Could there be an agenda other than health?

Unfortunately, when a governing entity places forced mandates on an entire population, with vague or emotion based cause, there is no room for considered benevolence. Once in place it creates a precedence that cannot easily, if ever, be reversed. History is a repository of many prosperous, democratic societies that have been disastrously undermined in similarly small increments issued under the guise of 'for the greater good'.

When the right question is asked, the solution seems much simpler. The option to wear or not wear a mask should be a matter of conscience, not law in a free society.