myopia |mīˈōpēə|
noun
nearsightedness.
• lack of imagination, foresight, hindsight or insight: the modern view is almost always myopic because it never factors into its short-sighted vision what has been proven workable or not workable in history.

Years ago, while volunteering in the grade school my grandchildren attended, I was given the dubious honor of representing the school in meetings of a group called, the Superintendent’s Council on Community Affairs. SCCA for short. This prestigious assemblage of highly educated, influential power-brokers (plus me) met in the Education Administration building at noon five times a year to discuss topics of importance to the county school system. The Superintendent presided over the agenda, which almost always was centered on explaining SPLOST tax fund raising and clever ways to manage millions of dollars so as to get the maximum amount of bang for the buck. The long range plans included the building of dozens of new schools over the course of a decade. 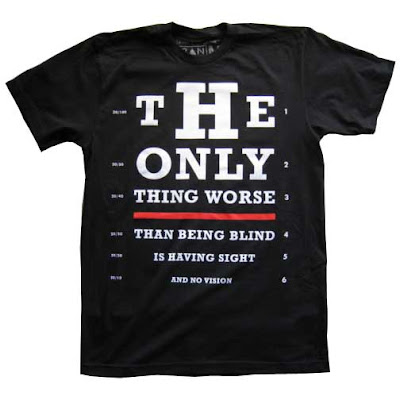 I, being the least qualified to contribute anything of value to these discussions, mostly kept my mouth shut, wisely observing. I did once brazenly speak out about my concern over 45 pound back packs that grade school and middle school age kids were forced to lug around on their as yet not fully developed backs, citing the potential long term damage that could be predicted using the smallest amount of common sense. No one seemed interested. Money, how to make it and spend it, was the focus of this group, not back health for children. Summarily dismissed, I spent the remainder of the boring hour imagining the Superintendent being forced to walk around all day with a backpack that weighed half his body weight, wondering if he would object or just suck it up like the kids had to do.

It was in that same meeting I also discovered, to my great disappointment, that the Superintendent was a proponent of 45/15 which is an informal reference to year round school. His rationale was that it would be the best solution to “help those kids who were lagging behind to catch up.”  I wanted so badly to stand and ask if the esteemed Superintendent thought he had been educated well enough back in the dark ages to be given the letters behind his name, his credentials and the position he held and how that could be possible given that he probably had the summers off to regroup and just be a kid.

Fortunately, I remained silent and didn’t make a fool of myself. It was clear that if no one could see the probability of kids having back problems down the road from toting heavy back packs, they would not likely have had an epiphany over comparing educational ideology then and now.  The truth is, I believed then as I do now, modern education is no better than it was decades ago; in some ways it is way worse. More of the same piled higher and deeper, teaching to the test, shoving data in to get data out to insure funding is not education. It’s torture. But more importantly this approach to education not only destroys the joy of learning, natural curiosity and critical thinking, it ultimately disables common sense. More often than not it causes flaming burn out so many drop out before graduating high school and just as many that do graduate do poorly in college because all they want to do is party.

Information is a fluid, ever changing commodity but it is not education. If you asked ten highly educated, respected individuals to make a list of 5000 things a child should learn in twelve years of schooling, you would get ten different lists. But which one would be correct? Which list should be adopted as a curriculum guide?

The problem with myopia is that it doesn’t know it can’t see beyond a very small circumference. All manner of good sounding arguments can be made for making agenda based choices for the best way to educate our children, but education is not knowledge. The only way to acquire knowledge is to first  learn how to learn, not how to memorize information in the short term. Secondly, you have to want to learn and that is a motivation that comes from inspired teaching, not information shoveling. Unfortunately there is little room or time for inspired teaching nowadays.

I am officially retired from volunteering in grade schools now. I had already come to this decision for a number of reasons anyway but was pushed over the edge this year because the edict went out that all volunteers were required to take a sensitivity class in order to be permitted to work with the children. Forty years of experience was insufficient qualification.

So this is where we are now. Information on a list, in a rule, a regulation, a curriculum,  takes precedence over teaching our children the life-long love of learning, the fundamental skill sets for acquiring any knowledge and the common sense to successfully, productively use it.

(Eccelsiastes 9:11) I returned, and saw under the sun, that the race is not to the swift, nor the battle to the strong, neither yet bread to the wise, nor yet riches to men of understanding, nor yet favor to men of skill; but time and chance happeneth to them all.  (9:12) For man also knoweth not his time: as the fishes that are taken in an evil net, and as the birds that are caught in the snare, even so are the sons of men snared in an evil time, when it falleth suddenly upon them.