While waiting in the school lobby to collect my grandsons I listened as a group of bus drivers discussed a recent tragedy that had occurred several days earlier. A young mother had suddenly, without warning or indication of trouble, killed herself. She left a husband, a sixteen year old daughter and younger son behind forever damaged by her desperate if not selfish act. She also left a note wherein she admitted her cowardice and her great failure. No one, especially not her husband and children, understood that cryptic declaration of self-incrimination. 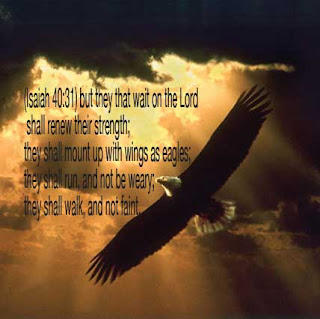 The women I sat with hashed over the known details and pondered on the unknown. The wife/mother had lived in a lovely home, had no discernible problems, either in her marriage, finances or health. In the weeks before her suicide, she had stocked the refrigerator and pantry, paid bills, spread mulch in the garden, attended functions, prepared meals and lived in exactly the same orderly, unstressful way she had always done.

The dichotomy between the outward appearances of her life and what must have been unbearable internal conflict was the big question that gave rise to much speculation but no answers. Then one off-handed comment was added that I picked up on, that made me draw my own conclusions.

This lovely family had no faith. It was at the insistence of the grieving son that his father found and called a chaplain to come council them. Did this mean that not only did they have no religious beliefs, God was nothing to them? They were neither agnostic nor atheists, they were non-theists? The concept of God was nowhere in their thoughts or habits, either for or against?

It is entirely possible because this is common now–nontheism.

In truth, I don’t know this family so I cannot presume to say they had absolutely no concept of God at all. I simply put two and two together and the sum speaks to the age we live in now more than their personal lives. There was a recent article online about the increasing rate of Americans just snapping and killing themselves or doing other bizarre things. Whatever the official explanation for this phenomenon, I can easily reduce it down to lack of faith, which is the foundation of hope that people are able to cling to in times of trouble. When faith is effectively decreased, suicide naturally increases. Two plus two always equals four.

I finally spoke up and remarked that I had a theory. The women all turned to look at me as if to say, okay, what? I said that we battle with dark principalities now and that there is a sickness spreading like a virus claiming victims, devouring whomsoever is most vulnerable. I stopped just short of warning that it would get worse. I knew that some of the women were Christians and understood what I was saying but I am reluctant to speak as though I am a prophet, which I am not.

But I don’t have to be a prophet to read the signs. And what I see is that trouble is building and soon will be full-fledged Tribulation. Will those who are determined to ignore the warnings understand that the tragedy that befalls them was attributable to their own folly? When the door is shut will the foolish stand and wonder what happened?  Who or what will be blamed? In the age of blame-shift, it’s not likely, in their blindness, that they will know or understand what happened.

(Isaiah 40:27) Why sayest thou, O Jacob, and speakest, O Israel, My way is hid from the Lord, and the justice [due] to me is passed away from my God?  (40:28) Hast thou not known? hast thou not heard? The everlasting God, Jehovah, the Creator of the ends of the earth, fainteth not, neither is weary; there is no searching of his understanding.  (40:29) He giveth power to the faint; and to him that hath no might he increaseth strength.  (40:30) Even the youths shall faint and be weary, and the young men shall utterly fall: