To Kill A Nation

I’ve been wrestling with this topic all week, how to present it, how to scrape off the old layers and get down to the clear truth of it. And then I opened Daniel Greenfield’s blog and, as usual, he did the job better than I ever could. So, before continuing on I recommend you go read Sultan Knish’s piercing insight HERE and then come back, if you like, for my perspective on the topic. 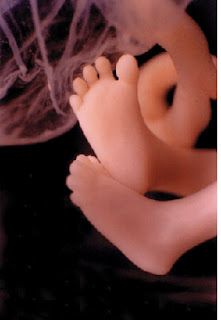 Okay. Assuming you read Daniel’s blog, you’ll understand when I say that we are not only terminally ill as a nation, we are surely nearing the point of our death rattle. How do I come to that dire conclusion? By comparing what happens during the rebuilding  after a disaster phase of a nation to the historically inevitable deconstructing phase.

My glimpse into this process came in an odd, unexpected way.

I am hooked on the PBS series, Call The Midwife. Based on British nurse Jennifer Worth’s books, recollections of her years serving as a midwife in the post WWII slums of East End London. It’s a gritty representation of life in the fifties in a nation struggling to recover from near annihilation. The setting, in the roughest part of London, makes a stark comparison to the ghettos and projects of modern urban America even more compelling.

Jennifer Worth’s well-written books, and the subsequent conversion to film has garnered nothing but praise, first from the British public and now from the American public, who are only just being introduced to this talented woman’s work. Much has been said in reviews about the historical significance of the engaging stories referring to conditions of the East End during the reconstructing of London after WWII.

In Jennifer Worth’s obituary, Eva Park of the Guardian said,

By the late 1950s slum clearance and comprehensive redevelopment were starting to transform large parts (including Poplar) of the East End, far more effectively than the Luftwaffe had ever managed; and by the end of the 1960s they were almost wholly unrecognisable from the intimate, squalid, overcrowded, intensely human environment that had sprung up during the 19th century and then stayed largely unchanged.
In particular, quite apart from her shocking evocation of the poverty, Worth gives a wonderfully convincing portrait of the working class that inhabited that environment: infinite, tiny gradations of status within it; "rough indifference" in public between husbands and wives, but in private often domestic violence; frequent pub brawls and street fights, even knifings, yet an underlying decency that meant no old people lived in fear of being mugged; and an almost complete lack of interest in life beyond the East End, even beyond the next street, so that "other people's business was the primary topic of conversation – for most it was the only interest, the only amusement or diversion".
Worth saw it all clearly, level-headedly and without illusion. We are fortunate she was there to capture with such compassion a world that – for good or ill – we have irrevocably lost. 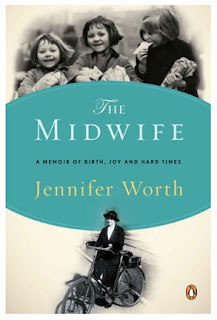 If you understand that, under the worse possible living conditions, in spite of poverty, brutality, limited education and ambition, the concept of killing or eliminating babies simply because of the horrific conditions at hand was not a consideration in post war East End London. Therefore the need for assisted delivery to assure successful live birth was met by midwives, like Jennifer Worth, who stepped up to the task.

Here’s where one might begin to notice the glaring contrast that hit me between the eyes.

The difference between a rising nation and a falling one surely must not be entirely attributable to its economic prosperity, its technological progress or its good sounding rhetoric from its leaders, nor even its dedication to tearing down and rebuilding structures and/or whole areas. No, the disparity between growing and stagnating, continuing or disappearing, is within an underlying common decency of the populace and general love and reverence for the miracle of birth. It would seem that the underlying respect for life is the foundation to all other kinds of respect. Respect for elders moving about unmolested, the respect for midwives bicycling through the dark, dingy streets in the middle of the night to answer a call to help bring a new life into the world.

The decimation of decency is a slow and subtle slide. But the problem with the slow slide is that you hardly notice the loss of altitude until you suddenly hit bottom. When the argument that abortions would happen anyway so why not make it legal became the rationale, we began our dissent and now  the issue is no longer about morality or decency or religious beliefs. Close to impact, the debate is over whether or not a woman and her doctor should have the right to snuff a living breathing human struggling for his or her life on the delivery table, with no advocate. In a democracy two against one wins. It's not even worth mentioning in the mainstream media.

And should anyone dare question this abomination, the original previously successful argument steps in, “Well, she would have aborted it if she could have done so earlier so its not murder, its her right.” And someone else would ask, off the record, “What kind of life would "it" have anyway?” And another would coo, “Better to keep the poor and non-achievers off the welfare roles.” At the point when foundational basic decency that keeps at its core respect for the right to live over the right to kill is completely erased, what is accepted as normal no longer has to be defended.

Once the rabid argument convinces that circumstances and lack of potential are more important than a human, however small or young, having a right to try life there is nothing left worth defending anyway. It’s over.