Advertising, News, and Other Lies

(John 8:43-45) Why do ye not understand my speech? [Even] because ye cannot hear my word.  (8:44) Ye are of [your] father the devil, and the lusts of your father it is your will to do. He was a murderer from the beginning, and standeth not in the truth, because there is no truth in him. When he speaketh a lie, he speaketh of his own: for he is a liar, and the father thereof.  (8:45) But because I say the truth, ye believe me not.

Lies, lying, and the love of lies has been with us since Satan promised Eve she ‘surely would not die’ if she took a bite of the forbidden fruit. You might be shocked to know that Adolf Hitler said, “All propaganda has to be popular and has to accommodate itself to the comprehension of the least intelligent of those whom it seeks to reach.” The problem, of course, is that the ‘least intelligent’ have no idea they are thusly disabled and therefore have no built-in defense against the barrage of lies that come at us all day, in all ways possible.

A dumbed down populace is an easy target. 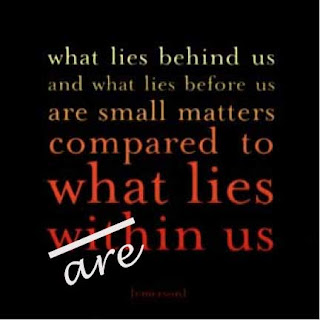 It occurred to me that, although this era is no different than any other in terms of lies used as weapons to subjugate and manipulate us, this era is unlike all others previous because of unlimited access to us. How many lies do you suppose you are told on any given day? Through interactions with individuals, but mostly through media, TV, radio, print advertising, news accessed via Internet on computers, large and small, smart phones and iPads. Human nature being largely unchangeable, we have learned to deflect, ignore and dismiss most of it. We DVR our favorite programs and then fast-forward through the commercials. We click the X to ‘skip ad’ so we can read an article. We toss, unopened, the envelope full of coupons for duct-cleaning and BOGO dinners. We ignore giant billboards and signs on moving vehicles. We flip past the full page ads in magazines.

Those with average intelligence know that most of what is pushed at us is either out and out lies or truth stretched beyond recognition. But still there is an undeniable impact. We are so accustomed to being lied to, we have been conditioned to expect lies, and, what’s worse, we have adapted to the illusions swirling around us as though they are a new kind of truth. Expedient, useful, exaggerated, pretty, wouldn’t-it-be-nice-if-that-was-real, non-truth is actually embraced as something as good as the real thing now.

This is the dangerous part.

Once we have been reprogramed to expect we are being lied to, the next stage is that we just ‘go with it’, slowly forgetting how to tell the difference between lies and truth. Slowly adjusting to the ‘popular comfortable lie’ and ultimately rejecting the more painful, disappointing truth, until finally the liars with the self-serving dark agendas are able to lie with impunity and no one knows the difference.

Here’s a painful truth, though, that the liars don’t understand–God knows. He knows the difference.

(Revelation 22:14) Blessed are they that wash their robes, that they may have the right [to come] to the tree of life, and may enter in by the gates into the city.  (22:15) Without are the dogs, and the sorcerers, and the fornicators, and the murderers, and the idolaters, and every one that loveth and maketh a lie.
Posted by meema at Saturday, July 27, 2013