Prosperity in The Matrix

I had a scary moment on Tuesday. And an epiphany.

It was “Meema Day” for my nine year old granddaughter and seven year old family friend. We chose to brave the mall in spite of the predictable pre-Thanksgiving crowds. We planned our strategy over chicken fried rice at P.F. Changs. First, we’d go to Build A Bear, then trek to the other end of the mall (a mile was it?) to take on the jumpy thing (them jumping, me watching), ending up at the Barnes and Noble on our way out.

Game plan confirmed, we finished our lunch and headed for the Build A Bear which I noted was at fire code capacity. The girls made their choices and we dutifully followed protocol through each of the stations. At last at the computer, where one names and registers the newly born stuffed friend, the questions about address, phone number and email hit me as somewhat invasive. Apparently this data base is necessary in case the new friend was ever lost.

Right. In other words, the toy is chipped.

Whatever, I just wanted to get done and get out of the crowd. Having sufficient information extracted from us to be able to track us down anytime in the future, we elbowed our way up to the counter to pay for our fully databased fluffy toys where I was then put through a type of congenial interrogation. First I was asked for my BAB customer card. You know, so I could get credited for points earned. I had one once, years ago, when the first set of grandkids were young but who knows what happened to it? The clerk said, “No problem, what is your phone number?” That didn’t work because I have moved and no matter how long I have a phone number I instantly forget it once I have a new one. No problem, then, she asked for the address of the house I lived in when I had the BAB card.

Here’s where the scary moment happened. Already stressed by the grueling process of building a stuffed animal and offering up everything but my blood type to the Beast my brain decided enough was enough and took a little break. Not only could I not recall the address where I had lived for twelve years, scarier still, I could not recall the address where I live now. In the interest of time, and the growing line behind me, I resorted to pulling out my drivers license for that vital information. That I had to be given in order for me to pay for the toys.

Here’s where the epiphany moment happened that has haunted me for days now. Of course, the first niggling thought is in regards to my waning brain power and the unspeakable possibilities. But I know me and what that shut down represented was my rebellious nature. Simply put, I am over this era. I’m done with having to “show my papers” to every clerk anytime I wish to make even the smallest purchase. Further, anyone even with waning brain would know that the real reason for all the data collection is for ongoing outreach for advertising. Duh.

Today, as I clicked off dozens of advertisements in my inbox, including the one from Build A Bear, I paused on one. It hit me hard because it was from a very well known religious leader’s organization. It was a bright enticement, dressed in holiday colors, admonishing me to “Don’t follow the crowds - this year give gifts that show you care - and that God does too...”

You see where this is going? 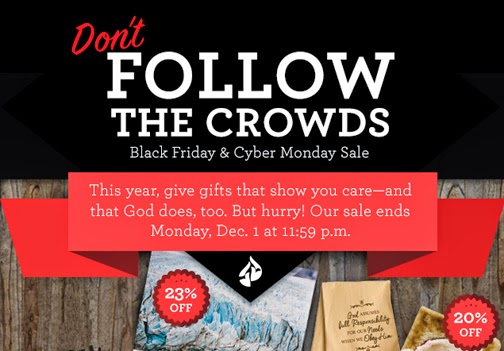 I thought the headlines reporting the Black Friday chaos in the malls, people wiling to fist fight over a Barbie Doll and steal products out of other shoppers’ carts was the revelation of a society on its last gasp. But now I realize that is just the symptom. The root of our problem is our prosperity. It has turned toxic and we are on the brink of implosion. We were tested by our blessings and found wanting. Even organized religion has sipped from the cup of how to get those with too much already to buy buy buy more.

The famous line from a movie claimed that we “can’t handle the truth” and apparently neither can we handle prosperity. So, for me, the signs are all ablaze now. But I think I’ve turned a corner. I’m no longer going to participate in the madness. Unless and until it reaches the point where I’m forced to either be chipped like a stuffed toy or die, I’m going to opt out of the data gathering shopping experience. I’m going to reinterpret the advise of the ad and choose to not follow the crowd–my way.

Even though it’s really too late now–this is just a token act of defiance, I’m already being tracked online and customized ads appear for me no matter where I surf. In real time, clerks get testy with me if I refuse to offer up my email address. “Don’t you want money saving coupons?” they intimidate. So it’s going to take a bit of fortitude to implement this new paradigm. I’ll be labeled as ‘cranky’ and ‘uncooperative’.

But better late than never. When they ask, I’m going to just say no. They can take the answer or leave it. If pressed I’ll ask if they want me to make the purchase or not. I can go somewhere else. The hallmark of prosperity is abundance. It’s everywhere calling out like merchants in a bazaar - buy! buy! buy!

The Lord has to hide so much from us, because it is dangerous for us; our flesh makes it dangerous. We shall be tried by blessing as well as by adversity. The keenest fires of trial are often those of success or prosperity. Such tests discover whether our hearts are fixed upon the Lord or upon things. ~ T. Austin-Sparks
Posted by meema at Saturday, November 29, 2014