Point of No Return

For sometime now I have heard, “get it or don’t” and I have interpreted that to mean the door is closing. Clearly the few, otherwise known as the Remnant, understand that a great divide has opened up and those with eyes to see and ears to hear are on high alert. Now I understand how Jeremiah felt. I have reached the place where I feel like weeping but I’m all wept out. Is this that moment that always comes known as the point of no return?

Jeremiah was dubbed the “weeping prophet”.  He could see God’s coming judgment and warned the people repeatedly that they must  repent from their sins, or God would punish them severely.

(Jeremiah 9:1) Oh that my head were waters, and mine eyes a fountain of tears, that I might weep day and night for the slain of the daughter of my people!  (9:2) Oh that I had in the wilderness a lodging-place of wayfaring men; that I might leave my people, and go from them! for they are all adulterers, an assembly of treacherous men.

The sins of Israel in Jeremiah’s day sound like an indictment of our time.

(9:3) And they bend their tongue, [as it were] their bow, for falsehood; and they are grown strong in the land, but not for truth: for they proceed from evil to evil, and they know not me, saith Jehovah.  (9:4) Take ye heed every one of his neighbor, and trust ye not in any brother; for every brother will utterly supplant, and every neighbor will go about with slanders.  (9:5) And they will deceive every one his neighbor, and will not speak the truth: they have taught their tongue to speak lies; they weary themselves to commit iniquity.  (9:6) Thy habitation is in the midst of deceit; through deceit they refuse to know me, saith Jehovah. 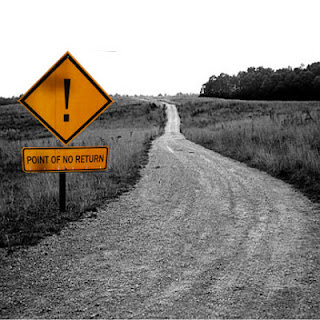 Jeremiah knew no matter what he said, or warned or how much he wept, they would not listen and would not see and therefore would suffer greatly for their refusal to repent from their sins.

(9:7) Therefore thus saith Jehovah of hosts, Behold, I will melt them, and try them; for how [else] should I do, because of the daughter of my people?  (9:8) Their tongue is a deadly arrow; it speaketh deceit: one speaketh peaceably to his neighbor with his mouth, but in his heart he layeth wait for him.  (9:9) Shall I not visit them for these things? saith Jehovah; shall not my soul be avenged on such a nation as this?

And so Jeremiah wept as he continued to warn them. Sometimes there is nothing left to do but weep when you speak truth but truth cannot be heard because it is not palatable; because it’s not fun or uplifting. Sometimes truth is hard and requires a sacrifice, the giving up of pleasant things–a condition that most are not willing to accept.  And so Jeremiah wept. What else was left for him to do?

(9:10) For the mountains will I take up a weeping and wailing, and for the pastures of the wilderness a lamentation, because they are burned up, so that none passeth through; neither can men hear the voice of the cattle; both the birds of the heavens and the beasts are fled, they are gone.

On any journey there is a point of no return where the destiny is closer than the first step. It is a sobering moment to realize there is no turning back, no matter how difficult the outcome portends. What must be must be.

(9:11) And I will make Jerusalem heaps, a dwelling-place of jackals; and I will make the cities of Judah a desolation, without inhabitant.  (9:12) Who is the wise man, that may understand this? and [who is] he to whom the mouth of Jehovah hath spoken, that he may declare it? wherefore is the land perished and burned up like a wilderness, so that none passeth through?  (9:13) And Jehovah saith, Because they have forsaken my law which I set before them, and have not obeyed my voice, neither walked therein,

Perhaps Jeremiah wept because he could see the point of no return even as he warned the people so he knew there would be no repentance, no revival, no great awakening. Jeremiah knew the outcome was as inevitable as it was devastating.

(9:14) but have walked after the stubbornness of their own heart, and after the Baalim, which their fathers taught them;  (9:15) therefore thus saith Jehovah of hosts, the God of Israel, Behold, I will feed them, even this people, with wormwood, and give them water of gall to drink.  (9:16) I will scatter them also among the nations, whom neither they nor their fathers have known; and I will send the sword after them, till I have consumed them.

But history recounts that the Israelites refused to hear the warning of Jeremiah the prophet, and in the end they were taken as slaves again to Babylon. Perhaps they too wept then. Did they take Jeremiah’s warnings to heart, after the fact, even though too late? Did they understand why they were being punished or did they feel abandoned by God? Did they shake their fists at Heaven and declare there could not be a God who would allow such a hard thing to happen to them?

One thing is for sure, because it is always the case, they did not know when they had reached the point of no return, when it was too late to change the outcome. They were too busy eating drinking and making merry so they missed the sign.