semantics |səˈmantiks|
pluralnoun [ usu. treated as sing. ]
the meaning of a word, phrase, sentence, or text: such quibbling over semantics may seem petty stuff.

It’s interesting to note that the terms ‘liberalism’ and ‘conservatism’ have been redefined more than once in the course of American political history. While it’s true that Kirk put his brand on the concept of conservatism, because he was a respected icon in his time, I see the whole topic as an issue of evolving semantics. 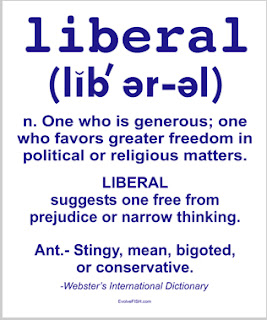 My parents were both registered democrats because, in their day, ‘democrat’ stood for individual rights and the ‘party of the people’.  Over time, as often happens, this has morphed and the ideology along with it. Few people know that during the American Civil War, it was the ‘republicans’ that stood for ending slavery. So all this is to say, words, in human language, are easily commandeered to mean different, if not opposite things, while the masses still cling to the meaning they were taught and do not see that the new meaning has swept them out to sea with the changing tide. It’s the oldest trick in Satan’s playbook and a strategy that seems to work every time.

What really matters is not how words and labels in modern language are manipulated but something more subtle at play that most are not paying attention to. This is where I perceive that human nature factors in more significantly. Words come and go, and their meanings change along the way, but human nature never changes. How many words are nearly forbidden now because they have been hi-jacked by the new Sensibilities Culture? The old childhood chant ‘sticks and stones may break my bones but words will never hurt me’ has been officially retired as useless nowadays. If your feelings are hurt, you now have an entire ideology to defend you and pound the offender into submission for having misspoken.

For the past several years I have been involved in a profoundly interesting project requiring deep research into what Dr. Robert Hare calls the ‘disturbing world of the psychopaths among us’ in his book, Without Conscience. What I have learned about psychopathy in general and Anti-Social Personality Disorder in particular has led me to a startling conclusion: there are many ways to categorize the human condition but the simplest is that all humans fall into one of three broad categories, those who wish to dominate others, those who do not mind being dominated and actually prefer it, and those who wish to be neither a dominator or dominated. Psychopaths easily fall into the first category and often rise to power in one way or another over the masses, those who fall into the second group, who do not wish to think for themselves and are easily duped and quickly willing to trade individual freedom for security. This is easily accomplished with good sounding words, tried and true rhetoric.

The last, third group, comprised of the smallest number, are those who have no desire to tell anyone else what to do or how to be, and resent those from the first category who attempt to impose their will on everyone else.

This is significant because it is from these three categories that humans choose how to live and how they align themselves in every facet of life including relationships, religion and politics.  The first group easily coaxes the second group into a state I refer to as Group Think. The third group is not so easily corralled and therefore is always a thorn in the side of the first group but because the third group is not bent toward dominating or forcing anyone else to see things the way they do, they have little influence over the masses in the second group and often are ill-equipped to stand up to the first group.

Conclusion: the terms ‘liberal’ and ‘conservative’ are just names of hats that the first group wear interchangeably as they wrestle with each other for power over the other two groups.

Within the ranks of the third group there are those who know by wisdom gained from studying history that the bold tactics of the first group always help them win some battles upfront, but in the end it is the emptiness, the immorality and the godlessness of those tactics that cause the inevitable implosion. Time after time history repeats itself.

Is it possible we have reached the final go round and those in the third group should just simply wait quietly for those in the first group to destroy themselves?

Courage is just fear that has said its prayers.

God's redemptive providence is always at work, even through the most diabolical schemes and actions.... So, take heart, my friend. God is in full control. Nothing is happening on earth that brings a surprise to heaven. Nothing is outside the scope of His divine radar screen as He guides us safely home. Things that seem altogether confusing, without reason, unfair, even wrong, do indeed fit into the Father's providential plan.  1 Timothy 1:17 Now to the King eternal, immortal, invisible, the only God, be honor and glory forever and ever. ~ Charles Swindoll-Bedside Blessings