(Ephesians 6:10-12) Finally, be strong in the Lord, and in the strength of his might.  (6:11) Put on the whole armor of God, that ye may be able to stand against the wiles of the devil.  (6:12) For our wrestling is not against flesh and blood, but against the principalities, against the powers, against the world-rulers of this darkness, against the spiritual [hosts] of wickedness in the heavenly [places].

Years ago, when I still participated in several online community forums, I developed a defensive skill of conflict avoidance; I simply refused to be drawn into argument, especially when the topic was anything to do with politics or religion. It was clear for me that nothing is ever resolved, no one ever changes opinion and/or POV by engaging in a flame war (as it is dubbed in web-world conversation nomenclature). I came to understand, in the setting of typed anonymity, humans will boldly expose their deepest biases and opinions, however skewed, while hiding behind the secure protection of a fictitious avatar. 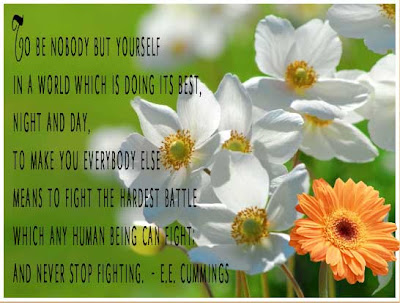 When you expose yourself to the wild wild west of online thought exchange, you must accept that you are plugged into all manner of cultural/social perspectives that you might not otherwise experience within the confines of your real life. Learning when to hold ‘em and when to fold ‘em is a valuable tool for maintaining your equilibrium.

I can’t claim that I always folded in the face of conflict but even when I stepped outside my own rule, either because I was blind-sided and drawn in or because I felt that I simply could not remain silent, I never believed that I had budged anyone off of any stance. Ever. In fact, especially in the instances when I was suckered into a hot topic by someone who lives and breathes to debate, I usually came out on the other side wounded and disabled doing more damage to my side than if I had shut up at the get go.

I recall one time in particular when a fellow forumite, an avowed atheist, bated me by claiming that all wars could be contributed directly to religion in general and Christianity in particular. I couldn’t let that go unchallenged so I responded that not all religions exist for God’s sake and certainly not all who claim to be Christians are actually followers of Christ. Boldly I added that God always keeps a remnant though who are mandated to suffer sometimes at the hands of non-Christians. And then I stepped over the line and continued that the day was coming when true Christians would be persecuted in the US, just as they are in other countries.

I will always imagine her grinning from ear to ear as she typed her acerbic reply, “So, in what ways are YOU being persecuted?” The ah-ha-gotcha moment! Realizing I had been had, I responded that I am not being persecuted, and was speaking of a time in the future.  Lame, lame, lame.

That was nearly ten years ago and I’ve been long gone from that and indeed any forum, so to point out that in one short decade, the war on Christianity globally and particularly in the US is upon us is moot now. I take little comfort in being proven right. And, in the end, it doesn’t matter, I doubt this person would see what is happening before our very eyes as persecution of Christianity but rather justice meted out against those evil religious myth mongers who have led the world into chaos.

All this is to say, as everything seems to be moving more rapidly toward the inevitable, I am sobered to realize that a day is fast approaching where those who hear and see the truth will be called upon to stand up and stand out. Choosing to avoid conflict will not be the correct call. Knowing when to speak and when to remain silent is the beginning of wisdom. Speaking out or taking an unpopular stand when you can’t be held accountable or reap consequences is not brave. Neither is holding your opinion for fear of retribution either.

The agenda is now openly attacking and undermining all Christian-based values to the cheers of the majority. Diversity and inclusion has been redefined to mean, anything  and everything is acceptable so long as it isn’t Christian. The war cry is to become a clone indiscernible from anyone else in the majority, pushing forward to the great day when morality as dictated by religion is stamped out and humans can enjoy their lives with no restrictions in the new Utopia. This is forcing the Remnant to identify itself, declare its individuality and separation from the adopted new normal, regardless the risk.

It portends to get worse before it gets better, in case you hadn’t figured that out yet. Without a shot fired, the war has been declared and those who deem themselves to be willing to stand for Christ are soon to discover what the words “tribulation” and “persecution” really mean.

While this sounds hopelessly bleak, there’s a bright spot in this prediction, and it comes from having faith that no matter what someone might do to our bodies, there is nothing they can do to our souls. That’s a promise.

Do not fear standing out as Christ-like. Having done all, just stand–but don’t forget the armor.

(Ephesians 6:13-18) Wherefore take up the whole armor of God, that ye may be able to withstand in the evil day, and, having done all, to stand.  (6:14) Stand therefore, having girded your loins with truth, and having put on the breastplate of righteousness,  (6:15) and having shod your feet with the preparation of the gospel of peace;  (6:16) withal taking up the shield of faith, wherewith ye shall be able to quench all the fiery darts of the evil [one].  (6:17) And take the helmet of salvation, and the sword of the Spirit, which is the word of God:  (6:18) with all prayer and supplication praying at all seasons in the Spirit, and watching thereunto in all perseverance and supplication for all the saints