(Proverbs 10:21) The lips of the righteous feed many; But the foolish die for lack of understanding.

Opinion is rampant nowadays. Or perhaps it’s simply louder stronger because there are so many more ways to express it. We are inundated daily with opinion. It has come to the point that opinion and one's ‘right to opinion’ has been elevated to the new status of being more important than truth.

Sometimes we forget that opinion isn’t fact, though.  Instead of exercising a little  discernment we blindly trust the words of one who speaks them well because they sound good while completely ignoring that the speaker’s goal is to keep us under control and accomplishes this by saying only what we want to hear. 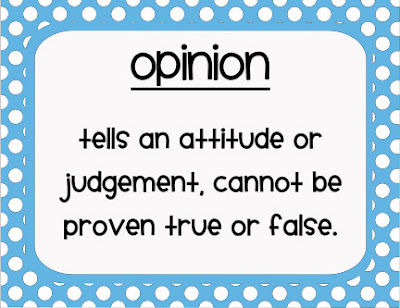 Fact is not opinion and is usually too hard to hear because it pierces through what is false and inflicts painful internal introspection. Who likes that?

Jesus taught in parables. I used to wonder about that but now I think I know why. Human nature is a child that must be given its bitter medicine wrapped in an easier to swallow fiction. The difference between a sweet fiction spoken to keep a  lie from being exposed and a parable is the convicting moral at the end. If there is no moral, it’s probably just another lie.


So, here’s an old parable for you. Take from it what you will.

John Godfrey Saxe's [1816-1887] version of the famous Indian legend:
It was six men of Indostan
To learning much inclined,
Who went to see the Elephant
(Though all of them were blind),
That each by observation
Might satisfy his mind.

The First approach'd the Elephant,
And happening to fall
Against his broad and sturdy side,
At once began to bawl:
"God bless me! but the Elephant
Is very like a wall!"

The Second, feeling of the tusk,
Cried, -"Ho! what have we here
So very round and smooth and sharp?
To me 'tis mighty clear
This wonder of an Elephant
Is very like a spear!"

The Third approached the animal,
And happening to take
The squirming trunk within his hands,
Thus boldly up and spake:
"I see," quoth he, "the Elephant
Is very like a snake!"

The Fourth reached out his eager hand,
And felt about the knee.
"What most this wondrous beast is like
Is mighty plain," quoth he,
"'Tis clear enough the Elephant
Is very like a tree!"

The Fifth, who chanced to touch the ear,
Said: "E'en the blindest man
Can tell what this resembles most;
Deny the fact who can,
This marvel of an Elephant
Is very like a fan!"

The Sixth no sooner had begun
About the beast to grope,
Then, seizing on the swinging tail
That fell within his scope,
"I see," quoth he, "the Elephant
Is very like a rope!"

And so these men of Indostan
Disputed loud and long,
Each in his own opinion
Exceeding stiff and strong,
Though each was partly in the right,
And all were in the wrong!

MORAL.
So oft in theologic wars,
The disputants, I ween,
Rail on in utter ignorance
Of what each other mean,
And prate about an Elephant
Not one of them has seen!
Posted by meema at Saturday, August 10, 2013