How to Spot a Hero

He was an only child and one would think that meant he was likely spoiled. Not so much. He was born to parents who had been raised in the Great Depression and then spent the first part of their young adult lives meeting the sacrifices of World War II. In that setting and circumstances, first and foremost, he was embedded with the understanding that the measure of a man’s worth was not how much he had but how hard he worked for and appreciated whatever he had. 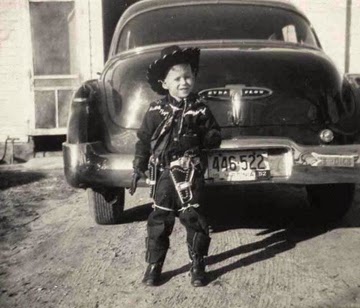 He was a latch-key kid long before the term was coined. Both parents worked so even as early as nine years old, he came home after school and took care of himself proving himself worthy of such trust. He had a daily list of chores that he knew he had to perform and he did because he knew there’d be consequences if he didn’t. He did what was expected of him, not because of fear though, but because he lived with two parents who, by example, did what was expected of them. Regardless the difficulty. Regardless the hours put in. Regardless the sacrifices. Regardless the work far exceeding the leisure allowed. His mentors instilled in him what was once more common–a highly developed work ethic. Thus he grew up responsible and accountable.

By example, he also learned the lessons of doing the right thing, telling the truth, meting out fairness to others, all these values and more, in a time when a man’s word was his bond.

Times have changed along with how to define a hero, who is more likely to be a work of fiction. Prosperity and abundance have devalued the importance of building character, one task at a time, by working hard, waiting and/or saving to get what one wants or simply doing without. Learning all manner of skills for the sake of being well-rounded is no longer on the to-do list of the generation that is slated to inherit the harsh reality of the future. Modern employment is all about specialization, limited labor, benefits and rights. But history has more than proven that the heroes of turbulent eras, when heroes are always most needed, are those who put in the time and effort, early on, to learn a little about a lot of things and a lot about more than a few things–and the integrity it takes to make those skills meaningful in the broadest good.

Sixty-six years ago today, an unlikely hero was born to a pair of hard working middle class parents. He is a hero in the real world. He doesn’t wear a robotic suit nor does he have super powers, but because he willingly steps up and does what needs to be done and because he earned his skills the hard way he usually knows how to do it. He metes out fairness though sometimes it looks like toughness in the here and now when toughness is easily mislabeled as unfairness. He is a hero but not just because he willingly does what needs to be done, but rather because he never asks for anything in return other than what he demands of himself. He is a hero because he can be counted on in the eleventh hour and in the clutches.

It’s not all that difficult to recognize a real hero in this narcissistic age because they are usually the quiet fixers and never draw attention to themselves. They ride in on a white horse, render the bad guy useless and then ride off into the sunset without expecting fanfare.

Another way to recognize a hero is to ask the damsel in waiting who appreciates him and has a long running list of the good things that can be directly attributed to him and his heroism.