The Art of Zeal

The young man came to wash the windows. His quiet, confident demeanor clued her immediately that he was way more than what he seemed to be. While he was deftly shining the windows in her office they exchanged a few pleasant words. He commented on the quotes up on her walls. “I have never let my schooling interfere with my education” and “The more that you read the more things you’ll know. The more that you learn the more places you’ll go.” He seemed genuinely impressed and posited that she must be a teacher. She assumed he probably hadn’t come across too many old ladies sitting at their computer surrounded by stacks of books and quotes about learning all over the walls.

Since she couldn’t explain in a few words she just smiled instead.

A couple hours later he was done and wrapping up to leave. As she stepped out on the front steps to thank him and say goodbye, she sensed he clearly seemed to want to say something so she lingered to give him an opening. He said he had talked to her husband who mentioned that she was involved in writing and publishing.

And the conversation began.

Over the next 30-40 minutes they talked about publishing in general, education, philosophy, the sad state of young people in entitlement mode, what it’s like to really have character building work ethic, and the importance of attitude. She learned that he had a masters degree in education with a minor in philosophy, but that he chose to work in something else because the education system disappointed him so much when he first tried to apply his degree that he couldn’t find his groove. They mind-melded over the certitude that the work one does is not what matters but rather the energy, enthusiasm and zeal one puts into it that defines success.

He was obviously glad if not hungry to be able to freely discuss such weighty topics with another human. He expressed his frustration that most people are only able or care to talk about superficial things, minutia, the stuff that makes good headlines in the tabloids. She told him she felt his pain. 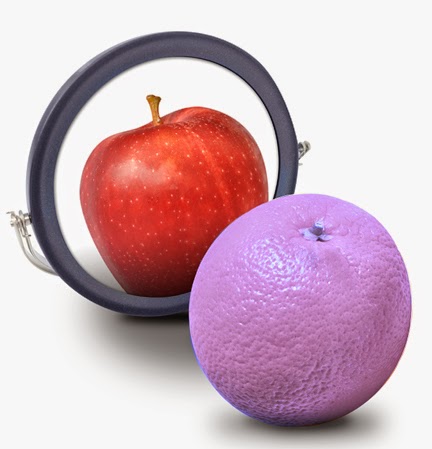 She shared with him the Cliffs Notes version of her background. She prefaced it by saying that she was born with an insatiable drive to learn and do things. Not anything in particular but just an irrepressible interest in generally everything and desire to try her hand at doing, making, building, creating something out of nothing with a focus on problem solving. She said it started out as a habit then evolved into a discipline. Over time, all the disconnected little bits and pieces added up. During the times she needed to make a paycheck, those odd skills and abilities she had acquired by hands-on experience gave her opportunities to do and learn even more. They both agreed and concluded that the building blocks a person is made of are all the things added on while immersed in each learning curve one at a time.

Emboldened that he didn’t appear to be bored by her words she then did something she never, ever did, and especially not to someone she had only just met. She confessed that she had the equivalent of no less than four resumes but that she didn’t think it was something to brag about because it was more an exposé that she was a patchwork amalgamation, the piecemeal results of a myriad of exploring, trying, failing, trying again, making do, making again, doing again and moving on to another trying. But she quickly added that she could never talk about it because, firstly, it came off as self-promotion, and secondly, no one would believe it anyway even if they understood it. She also confessed that she had grown so accustomed to keeping this topic in the vault just mentioning it made her squirm in discomfort.

He nodded as though he totally understood so she bravely continued and seized the opportunity to address the depths of her lifelong frustrations for always having been an out-of-step visionary accentuating that even notable visionaries aren’t too welcome or understood in the moment they are looking out to the future, so she had no choice but to accept her lot as a non-entity if not a pariah.

She admitted she finally faced the reality that she’d have to make peace with that or quit and for her quitting was not an option. She had to accept that she was a hopelessly open-ended doer who wanted to do things even if no one else ever saw or acknowledged what she did and so she usually amused and satisfied her desire by doing things that were often ahead of her time. She quoted to him the words that she had called on to console herself time after time, “Those who say it cannot be done should not interrupt the one doing it.”

She concluded by emphasizing that she wasn’t complaining because she had always known God’s hand was in every detail, all her life, even if she hadn’t known the end story or the whys and wherefores. She said she had imagined herself striking an unspoken bargain to be allowed to do things even if she would never be credited for having done them. And since contracts with God are non-negotiable, that was that, as they say.

The young man seemed to understand completely all that she said and she so appreciated it as one of those golden moments that one can only hope to happen a couple times in a lifetime, if ever.

She marveled to herself,  “Someone gets me.” 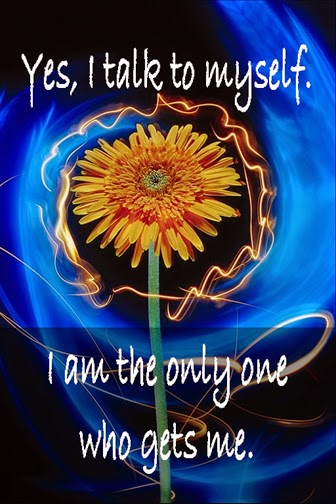 Thus the moment was enough to encourage her to keep on, to not give up the one art she had remaining to her–the writing. She heard the old mentor voice inside her head (the one that always found a way to yank her up by her bootstraps in sagging moments) reminding her that the letting go of the other stuff, those things that required physical commitment that she could no longer step up to was a mere blip in the continuum and that she could write with the same zeal she had when she was designing and making things for no other reason than the art of doing it. The voice, tough as always, reminded her that she had been invisible, out of step and often irrelevant all of her life so what was the big deal now? Losing her zeal was the only thing that has never been an option.

“Get a grip,” the voice grouched.

Oh that voice! She could not count how many times the voice had had to chastise her to stop wallowing in self and just get on with it. “Just do and let God decide what He wishes to use to glorify Him. Did you think it was about you?”

Once again the voice had zeroed in on the sweet spot–the nerve that could jerk her back into balance.

When the young man left, she encouraged him by pointing out that she could see he was a highly successful person. She didn’t have to elaborate because he knew exactly what she meant.

(Psalm 92:12-15) The righteous shall flourish like the palm-tree: He shall grow like a cedar in Lebanon.  (13) They are planted in the house of the Lord; They shall flourish in the courts of our God.  (14) They shall still bring forth fruit in old age; They shall be full of sap and green:  (15) To show that the Lord is upright; He is my rock, and there is no unrighteousness in him.
Posted by meema at Tuesday, October 14, 2014