Through a Glass Darkly

We like to think of ourselves as generally and acceptably smart. Mostly we are not, at least in regards to the things that truly matter in the universe. In fact, we rarely see the big picture, choosing instead to embrace that which acceptably fits within our comfort zone of existence. Though there is always a solid bedrock of truth that can be accessed with some effort and a measure of discomfort, it is often obscured by layers and layers of soft, comforting, untruth that swaddles our intellect and psyche. Thus we tidily force the universe to conform to our understanding and we confine it within our boundaries. It does make more sense that way. 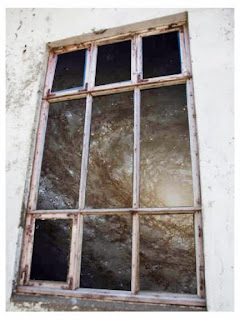 My rule of thumb for discerning who and what is true has always been by observing actions, and whether or not they align with spoken words. This, as a safe-guard, has served me well. Though I find in my mature years this has also turned me somewhat cynical. Because I have seen behavior continuously betraying well-spoken words over and over again, coming from every corner, political, religious and personal encounters, I have developed a quick-draw response mechanism that leaves me instantly aware of disingenuousness and I am resigned that not only do liars abound, but also that people, in general, seem to prefer lies. Further, rarely can one be dissuaded from what he/she is determined to believe, even if there is empirical evidence to the contrary. As a Christian, I constantly struggle against this pragmatic, if not cold, attitude; I am supposed to hope for the best at all times.

So, hope I do. But hoping does not change what I see. And what I see is that the god of this world has been unleashed to freely harvest those who prefer to be content with what seems right and who therefore choose to ignore what they really see and what experiential evidence could reveal to them, if they but wanted to see. It is a sad report that in this evil age, the advice to, believe what is done and not what is said, is not enough armor. There is a seeping fog, an illusion, spreading that is dulling all the senses. Nowadays one can hardly believe what one sees even less than what one hears. What is real anymore? What is earnest, standard, reliable? What is true? If we cannot believe what we see or hear, how do we preserve integrity? How do we maintain discernment and equilibrium? How can we think of ourselves as ‘smart’ if we are so easily manipulated?

In this ‘feel-good’ era where comfort and happiness, not truth, is the primary goal of human existence, self-righteousness swells up to become the substitutionary delusion that gently reconfigures vision to conform to the path of least resistance. Within the fog, where vision and hearing is impaired, one can rationalize and ignore those conflicting bits of experience and visual evidence that might counter and, at the least, present arguments against persuaded judgment. It is in the dim light where one tends to make excuses for what is seen because it is blurry and out of focus. In this altered state one easily succumbs to the temporary created reality. And it will feel good and right, for a time.

But bedrock truth is not just fundamental, it is eternal. It is the difference between gold and glitter. Though not always as attractive as artificial turf neatly spread out over the remains of a festering dump, on bedrock is where one is supposed to build one’s house, if one wishes to  be able to stand against the coming storm.

As a Christian, I am supposed to hold out hope that those who are called, no matter how far away they stray, will open their eyes, look out, and see through the glass clearly. It would be dishonest if I said I am not disheartened when I see that eyes are not only not opening, they seem to be obstinately held shut and more eyes closing every day.

This I know, every word I have typed can be interpreted according to the reader’s perspective, either getting or missing my point entirely, and, frankly this is my greatest frustration. Nevertheless, though hope fades, I continue to pray even if some do choose to refuse to see. It isn’t my words that can clear up fogged vision, anyway.

It is the sudden terrifying rush of realization that we are finite, and accountable, and that one day each of us is destined to find out what is true, whether we believed it or not.

(1 Corinthians 13:10-12) but when that which is perfect is come, that which is in part shall be done away.  (13:11) When I was a child, I spake as a child, I felt as a child, I thought as a child: now that I am become a man, I have put away childish things.   For now we see through a glass, darkly; but then face to face; now I know in part; but then shall I know even as also I am known.