Have you noticed the strange and growing disconnect between what is real and what is fake that is effectively disabling common sense? FYI, this didn’t happen over night; this debilitating condition evolved slowly over time. It’s clear for me that we have been socially engineered to accept, without question, that which is not real through the ever mounting volume of advertising and fiction thrown at us daily. Fiction has become our new standard so we are fully prepped to believe whatever we are told to believe even if it flies in the face of common sense. This process wasn’t an accident either. It was a agenda that is now almost fully installed. 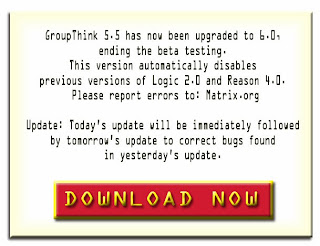 I understand the process of flooding brains with untruth until it becomes the substitutionary reality because during the course of one of my ‘careers’ I worked for a print ad agency. As a photo stylist I was energetically plugged into GroupThink 1.0. It was my OS for creating beautiful images incorporated into catalogs designed to entice the masses to buy, buy, buy. Of course, I didn’t see it as social manipulation then, for me, what I did was an art form as well as a job.

One day the agency was bought out by a number cruncher company. In short order, the 'artists'–stylists, photographers, graphic designers, and support personnel were required to fill out daily time cards in six minute increments in military time. Suddenly numbers were more important than the art. Anyone who understands basic human nature could have easily predicted that within a few weeks, the artists, who were running from set to set all day in a 50,000 sq ft studio, and who didn’t have time to stop and fill out what they were doing every six minutes, would franticly fill out their previous day’s cards in the break room with totally fabricated information just before turning them in every morning.

It was my first exposure to the insanity of the modern computer age concept of productivity determined by numeric computation. After six weeks of collecting and evaluating the completely erroneous data amassed from the CACs (Creative Allocation Card) the managers gathered us together to announce their great pleasure in the  success of the program and how it was helping to forge increased efficiency.

I recall that moment so vividly because it was a major life lesson. Not a single face betrayed the secret. Not a twitch, not a smirk. We, who knew the numbers were fiction, would carry on doing our jobs anyway. Those, whose jobs were to run algorithms all day, would do theirs. The work on the catalogs we produced would meet the deadlines just as they had before and the number crunchers would believe their mysterious mathematical computations–garnered from false information–were what had made it happen. The newly manufactured ‘truth’ would replace the reality and appear to run things. It was my first encounter with a matrix world where concept replaces substance, where uncountable human variables could seem to be contained within inhuman numeric formulas as though humanity could at last be converted to robotic efficiency and obedience.

Of course, the matrix isn’t real and eventually what is unreal always and finally disintegrates leaving those who believed the created reality confused and bewildered, and prepared to  engage Blameshift 3.0. Because in the untrue, unreal world, what is plain and simply true must always be obscured to maintain the illusion of the Groupthink 6.0 Operating System.

If you haven’t figured it out, Groupthink is not God’s System.

Update: When truth finally prevails, and it will, as it must, the veil created by the lies of  false 1’s and 0’s will fall... and the final update will never need updating again.

(Daniel 12:4) But thou, O Daniel, shut up the words, and seal the book, even to the time of the end: many shall run to and fro, and knowledge shall be increased.