(2 Timothy 3:1) But know this, that in the last days grievous times shall come.  (3:2) For men shall be lovers of self, lovers of money, boastful, haughty, railers, disobedient to parents, unthankful, unholy,  (3:3) without natural affection, implacable, slanderers, without self-control, fierce, no lovers of good,  (3:4) traitors, headstrong, puffed up, lovers of pleasure rather than lovers of God;  (3:5) holding a form of godliness, but having denied the power thereof: from these also turn away. 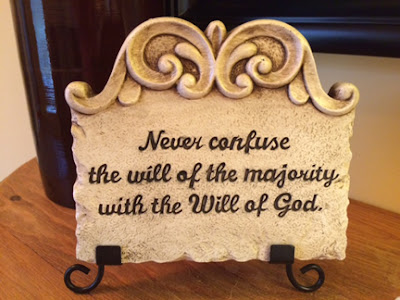 I choose to be brave.

We are in the days when discernment is our most important skill. We need to be sure we are fine-tuned to pay attention, to listen, to obey, without fear.

Many are just beginning to wonder if maybe we have passed the point of no return. Unfortunately I hate to be the bearer of bad news but we passed the point of no return awhile back and very few noticed. Pinnacle moments are most often only seen in hindsight. I have blogged about this for several years but finally gave up warning. I am merely a tinkling bell, not a siren. I also blogged about how the day always comes. And so it has.

But what does this mean to the faithful Remnant? It means trials and testings for sure. We’ll be pushed to declare a position and face ridicule and conflict for it. Dissension, contention and strife, even among those we are most familiar with. People we have loved and thought we knew will abandon us if we take what is promoted as the minority unpopular stand. We will be pariah. Most have no idea how difficult it is to be persona non grata, the outcast, the one who is at odds with the ‘norm’. Modern Christians in Western societies are not prepared for this. But history holds the tales of many eras when Christians had to hide, flee and hold tight to their convictions. Many died trying.

‘God is love’ is the mantra now and we don’t have love so we can’t be of God. Love, love, love. Love wins! Judge not! those who would rewrite God’s natural laws throw out these words like barbed weapons as though we are entitled to demand that God redefine love according to our evolved sensibilities. The irony is, this is the oldest trick in the book. Nothing new under the sun.

The upside is that the wheat and tares, goats and sheep can be more easily identified now. With discernment we will be able to determine who will stand with and for Christ in the darkest hour and those who choose otherwise as those who will ‘repent not’.  We shouldn’t be but we will be shocked and grieved to find out who we can count on and who we can’t from within our own groups of friends and families. Even those who seem to be the most Christian-like, including iconic religious leaders. (3:5) holding a form of godliness, [good-for-goodness-sake] but having denied the power thereof: from these also turn away.

From these also turn away.  The NIV Bible interprets it, ‘avoid such people...’ that covers the descriptions in the previous verses but the ASV wording makes it clear there are also people who look good by worldly standards but who fail God’s higher standards and those we need to turn away from as well. Do not be intimidated. Know that we are allowed to discern who we need to turn away from and avoid. Don’t be shut down by the ‘judge not lest ye be judged’ accusation. The skill comes in knowing when it has to be; when the line must be drawn. That is a moment wherein only discernment and prayer can be our guide.

Be advised the middle road has been officially eliminated. Even if we try to strike a happy medium and say we believe in ‘live and let live’ we will still be scorned and vilified and told we are haters if we do not lock step with the new paradigms, as they come crashing in like an avalanche now that the Restrainer has been removed, because declaring a POV of live and let live will no longer be enough. The agenda is fully in motion.

Good-for-goodness-sake has always been good enough for the world but has never been or ever will be for God.  Be advised, to be clear - God doesn’t adhere to our definitions of love and goodness. Or anything else for that matter.  And proclaiming that tough truth will be enough reason to seek to eliminate us. Brace for it.

Nevertheless. Stand. Anyway.
Hard as hell in the short term. Worth it in the long term.

(Joshua 24:14) Now therefore fear the Lord, and serve him in sincerity and in truth; and put away the gods which your fathers served beyond the River, and in Egypt; and serve ye the Lord.  (24:15) And if it seem evil unto you to serve the Lord, choose you this day whom ye will serve; whether the gods which your fathers served that were beyond the River, or the gods of the Amorites, in whose land ye dwell: but as for me and my house, we will serve the Lord. 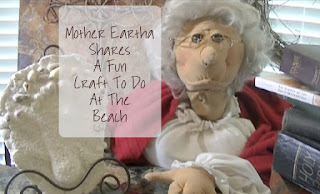 Have a suggestion for Mother to talk about? Contact her at: mother.eartha@yahoo.com

If you cannot see the video on this page all Mother’s vids are posted on the Seat Oh My Pants Productions  - meema fields Youtube channel HERE
Posted by meema at Monday, June 15, 2015 No comments: