If you haven’t been paying attention, let me point out that things are getting scarier by the minute. The whole world is imploding both in the realm of the flesh and the natural.

Something is definitely afoot. Unlike any other time in the history of the world. There is call out now, a call to be brave.

You may think you don’t have to worry about what is coming because, you know, you’ll be scooped up. I say, stand anyway… just in case... . I don’t know how much longer God will put up with this reprobated world but every time I read the headlines or watch a TV show or see the latest movie advertised, I start looking up. 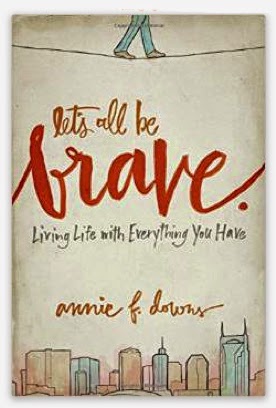 I just wanted to share three things - food for thought.


1. Please get a copy and read  Let’s All Be Brave: Living Life with Everything You Have by Annie Downs.

2. Read this report and take heed. Direct News from Christians in Mosul

3. Watch this video and ask yourself if you are brave enough.  Brave German Woman

I'm still pondering this last one.

(Deuteronomy 31:6) Be strong and of good courage, fear not, nor be affrighted at them: for Jehovah thy God, he it is that doth go with thee; he will not fail thee, nor forsake thee.

There is a Truth

Beneath the layer upon layer of lies that have become the temporary ruling god of this world I refer to as the Matrix, there is an obfuscated but unchangeable core of truth. Some are appointed to speak it and can be heard. Others are able to know it, because they are seekers of truth, but are not mandated to speak it. The difference is that one heals through the speaking, the other just confuses. That doesn’t mean the truth should not be spoken by anyone who knows it, it simply means coming from those who are not appointed to speak sometimes more harm is done than good. Wisdom is knowing when to speak and when to remain silent. I offer this last observation on this reprobated age and then I will go silent. Take from it what you will. 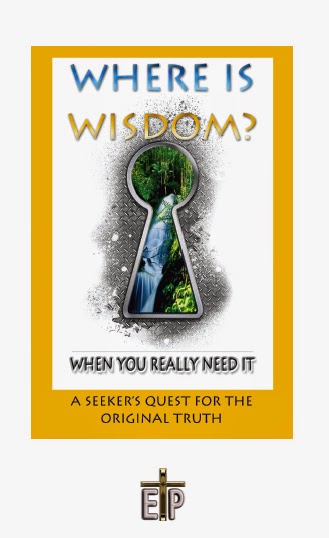 Though I am not appointed as a watchman there is a truth I am compelled to tell though it might offend or turn off. I have to trust that I am sowing seed that will be harvested by others who have been given voices that can be heard. But time is short, the number of watchmen are dwindling. As tough as it might be to hear, it ought to be said no matter who says it.

We are in not just the eleventh hour but the final seconds to midnight. It has been a long, long night. They say it is darkest just before dawn, however, that is no consolation when darkness threatens to devour the light. In this critical moment, I choose not to be afraid. I choose to stand. I stand with the Christians who will not compromise, who will not renounce Christ to save their lives. I stand with the brave souls who praise Jesus as their heads are being severed from their shoulders. I stand without cowering against the tides of unspeakable evil.

We battle against dark principalities that whisper to and delude the self-righteous and weak-minded to believe they are right and therefore justified to destroy all opposition. On the surface, depending only on the feel-good rhetoric, sometimes it is difficult to discern who is on the side of truth and who is lying. But the tell is always the fruit. Evil does not build, it destroys. It cannot create. It cannot nurture or cause to blossom. Evil is a great imitator but mimicry can never be originality. Evil is never original. It cannot win the war, though it can do great damage in winning some battles and thereby destroy many in the process.

In these final seconds, the time has come to choose. Choose whom you will serve. God always saves a Remnant but He doesn’t make the way gentle for those who choose to serve Him. Prepare for that, not to be saved from the storm but rather to be given peace and strength to endure…  "to the end…”.

(Isaiah 5:18) Woe unto them that draw iniquity with cords of falsehood, and sin as it were with a cart rope; (5:19) that say, Let him make speed, let him hasten his work, that we may see it; and let the counsel of the Holy One of Israel draw nigh and come, that we may know it! (5:20) Woe unto them that call evil good, and good evil; that put darkness for light, and light for darkness; that put bitter for sweet, and sweet for bitter! (5:21) Woe unto them that are wise in their own eyes, and prudent in their own sight! (5:22) Woe unto them that are mighty to drink wine, and men of strength to mingle strong drink; (5:23) that justify the wicked for a bribe, and take away the righteousness of the righteous from him! (5:24) Therefore as the tongue of fire devoureth the stubble, and as the dry grass sinketh down in the flame, so their root shall be as rottenness, and their blossom shall go up as dust; because they have rejected the law of The Lord of hosts, and despised the word of the Holy One of Israel.

Relief in the middle of adversity is within the silent comfort of faith. Faith does not change our circumstances but rather our attitude and how we operate within those circumstances. Are we paralyzed by fear or mobilized by bravery? Are we solution-oriented or defeatist? Are we victims without recourse? Or do we stand up for something higher and determine that it is better striving, and perhaps dying, for right rather than surviving tyrannized by evil?

I’m going to go silent for awhile, not sure how long. For the past three years I’ve said what needed to be said in as many ways as I know how to say it. I leave a link to two downloads. One is a pdf file called Knowledge of the Holy by A.W. Tozer. One is a download of a pdf file called Where is Wisdom?

It has been pointed out to me that no one likes the hard direct approach, the cut-to-the-chase, get-it-or-don’t presentation. I understand, but I also know that the soft approach hasn’t helped all that much anyway, as far as I can tell. The touchy-feelly modern church has left its first love to run after gentle good for goodness sake and in so doing has given the enemy the easy way in.

I cling with determination to the knowledge that no matter how is it said, no one has to know or believe my voice because Christ’s sheep know His.

Knowledge of the Holy