He sent me a link. This was to yet another app. He loves apps. I just noticed that when I typed in “app” it wasn't underlined as a misspelled word. Apparently even my word processor has accepted the term as a new word.

This bothers me. I don’t have the same enthusiasm for daily updates in appville (my software didn’t recognize “appville” - this makes me happy because it gives me a point  up in the fast paced inventing new words game). 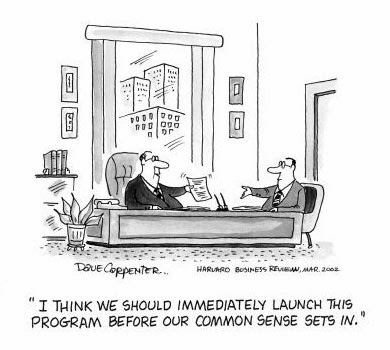 I get it. I know that modern technology has become something akin to life as we have known it but on steroids. I get that the “next new thing” must happen before the majority of the population has even discovered there was a last new thing. I also get that the driving force is about not just replacing what came before even if it isn’t a better way to do a thing, but rather a way to coax us into the addiction to all things new so that we will want whatever it is without question. I get it that this is founded in rampant commercialism and not in the altruistic desire to better mankind’s condition.

Well, here’s a confession. I don’t need new just because it is labeled new. Like Dyson I just need things to work properly. If it works, why replace it with something else that may or may not work better and probably takes more effort, devises and/or steps to complete?

I get it.  I am a lone voice of resistance in the brave new world. I am definitely not new. I am not even old anymore, I am officially antique.

I still know how to do things, without apps, without Facebook, without Twitter. I can create an html page and get it up on the web, even though the software has gone from easy to use to almost impossible because what could once be done in two steps now takes five or six. Easy has been redefined to mean “whatever is new so disregard  everything else even if it is more complex and way less easy”.  And further, my webpage, as designed using archaic skills, won’t look exactly like all other webpages in the current trending pattern. (Trending - that’s a new word. It means what the sheep...uh...er...people are pandering after in a given moment. This changes hourly).

I can predict what the next “new” hairstyle will be. Short. (That’s a future blog post).

I can find my way to a place with a printed map. Shockingly this is more often than not more reliable than the bad directions given by my smooth-talking GPS lady who tells me I have arrived at my destination and yet I am pretty sure I haven't..

I can read a book without having to charge it first. And it works every time.

I can divide 90 by 18 and get the answer “5” in one step instead of 104 steps even though Common Core says my answer is wrong.

I don’t need to be profiled, categorized, classified or relegated so that the deluge of advertising thrown at me is more likely to fit my wants. What I want is to be left to my own determinations about what I need and want. Like back in the old days when humans were allowed to be diverse and less able to be anticipated.

Yes, I am an antique which means I am also one of the last of the generation of independent thinkers who still evaluates all things utilizing criteria founded in near extinct common sense.

If I had to, I could wash my dishes by hand. I could rinse out dirty clothes and hang them up to dry. I could make a meal on a campfire. Do I want to? Not so much. No one appreciates indoor plumbing as much as I. I enjoy the instant, unlimited access to knowledge via the internet. I enjoy being able to post my ramblings in this blog for whomever might stumble on it. But while I am engaged and participating in the new paradigm I insist on maintaining a measure of common sense that allows me to discern the truth from the lies. To sort and file based on my conclusions, even if no one else agrees. To decide if a new thing is indeed better or not...for me. To make choices for myself only after I scrutinize all the angles and then ask the question, “Is this an improvement or just another attempt to force me to part with my hard earned common sense and/or money?”

And, the age-old question that my mom instilled in me, “Is it better just because everyone else is doing it?”

From this rant one might deduce that I am opposed to technological progress but that would be incorrect. What I am opposed to is mindless acceptance of every and all new innovation. It is a dangerous condition that is causing the rapid dissolution of what used to keep civilization civil and has now put us on the fast-track to self-destruction. Some will argue that it’s okay though because the train is the latest, newest, bestest of the best.

My word processor, (that I do so appreciate), does not like the word ‘bestest”. Another point for me, I'm on a roll.

(Daniel 12:4) But thou, O Daniel, shut up the words, and seal the book, even to the time of the end: many shall run to and fro, and knowledge shall be increased.  (note: knowledge is not wisdom)