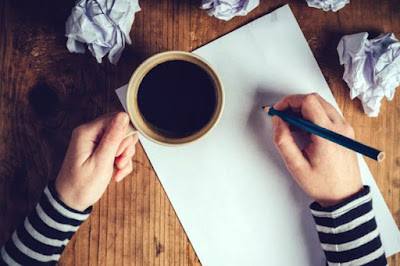 Now that I have your attention allow me to explain.

There’s a farewell letter I’ve wanted to write for awhile now but I couldn’t get the point sharp in my head. Okay. That’s not exactly true. I know the point I just dread expressing my opinion on this because, yet again, it will leave me swimming against the tide of public opinion.

But I’m used to that so here goes anyway.

I don’t care what your personal affiliations are, your religion, politics or sexual preference and neither do I need to know. Those particular choices belong to you. I have mine too and while they may or may not align with yours, the only forum I have to broadcast them is this blog. But there isn’t going to be 24/7 coverage and discussion ad nauseam about this post though so the playing field is not quite level.  Therefore, while your opinions, and ‘causes’ are, by default in a free society, no more righteous than mine, your advantages for getting your banner seen are somewhat unfair.

But since ‘fair‘ is one of those vague, ambiguous words, like ‘love’ and ‘hate’ and ‘right‘ and ‘wrong’, which all depend on point of view to define, I won’t go down that slippery road. Further, I refuse to stoop to use straw man arguments, the kind that attempt to blur the rules of engagement in a debate.

Instead, I’ll just cut to the chase.

All I expect from someone who designs, manufactures and/or sells a product, whether it’s physical or conceptual, whether an item, a consumable, or event, is for that product to be the best you can produce and sold for the most competitive price. That’s it. That’s all I need from you.

If you are determined to use your position, your product, your large and visible forum, to preach to me, to guilt me, to demand that I see your opinion, your righteousness, I have no choice to rebut or step up to defend my position, if I don’t agree with you, other than to withdraw my hard-earned money from supporting you or what you do to make a living. Turns out I don’t have to watch TV or movies, attend sports events or shop where your operational policies put me at risk or accuse me of being out of touch with modernity.

I will always defend the amendment that declares everyone has a right to their opinion, and can express it freely. However, I don’t have to be forced to hear or see a sermon, or demonstration, whether based on religion or politics - or social meme du jour - before I get to use or see what I paid for. My only option is that, so far, I can choose to say no. I might even miss buying what you are selling but since I don’t have the same forum(s) you have, if I truly believe in my right to have an opinion, the only way I can stand up is to stand away.

While there have always been differences of opinion even in a civil society, once upon a time, when things were not so crazy, there was a truce zone where we could agree to disagree. But in this age of self-righteousness rising up to becoming a god in itself, what is good, and right has been redefined and along with this subtle substitution it demands, sometimes with force, that there can be no opposition.

You might not see it now but, from my perspective, that is not a good sign, in a freedom of the individual based society.

I was Just Thinking - Again 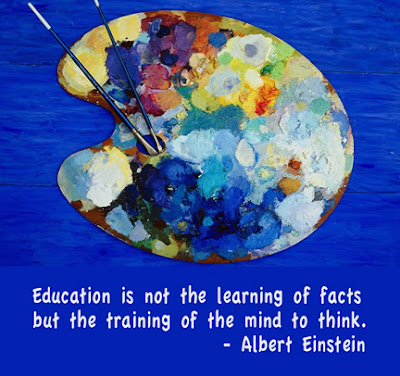 We wrapped up the school year yesterday. This morning I had a flashback to that ever joyous realization of my childhood, upon waking up on the first day of summer. Today is free - full of promise and endless possibilities - so many things to do, to try - to choose. Choice being the optimum word. Free to do and to be - no schedule - no demands for time management.

That euphoria lasted through my second cup of coffee.

And then I started the laundry, went downstairs to reorganize supplies in the artist’s corner, sorted and re-shelved books, put completed projects up and puttered around with vague goals, mostly ignoring the elephant hanging near my computer. I admit I’ve been avoiding sitting down to write, something I’ve not had much time to do of late.

My feeble excuse is that sometimes I need to mull something over a while before I try to trap it within the boundaries of correct grammar and well considered/crafted sentences. The topic being mulled is - what is education?

I have given up trying to defend my position on homeschooling. When I see the look - the one that has a cross between incredulity and consternation behind it when I say I’ve been homeschooling my grandson since February. That look when the eyes squint together and the brows furrow down - when that appears I know I can’t explain to that person.

I know what it is - and it’s quite simple actually - the objections are so old and worn out, they’ve begun to fall apart even for those still holding on. It’s based in the determination that humans, human children in particular, can only learn correctly if given a structure within which are staid and standardized parameters.

To challenge this upsets the apple cart. It causes a rip in the cosmic continuum.

To dare question a standard, of a given day, established by someone or mysterious unnamed group of someones, to declare it is not the only way, causes heads to spin and indignation to rise as though a blasphemy has been spoken.  But then, with nothing more than logic applied, the question is begged why is it that all the teaching methods of any era are deemed unacceptable in the current era? Regardless the amazing successes of previous generations - those who were taught in what is now seen as sorely inadequate, if not entirely antiquated application.

Perhaps because modernity always demands overhaul for some reason, whether it’s good or not.

But that’s just human nature forever determined that what is correct, what is RIGHT is what is currently accepted by the majority and therefore cannot be shaken by upstarts who dare to choose to do differently.

Allow me to point out a few holes in that arrogant concept.

Firstly - humans are not all alike. Given the plethora of different personality types, learning abilities and disabilities, it’s not possible to find a common solution for 100% effective teaching. The best that can be hoped for is to find the sweet spot that reaches the majority of kids. Regardless the adopted curriculum du jour, some will always do exceptionally well and others will struggle but still get through it.

Then there are those who march to a different drummer. Those who are certainly bright enough to succeed, if given the opportunity, but who fall in the cracks because they learn differently. These often lag behind because there is no time or room for making adjustments to the delivery of information. Then they fall behind and so begin to believe they are deficient or just flat dumb.

Discouragement is like an albatross roped around the neck. It drags you down and, in many cases, makes you quit trying.

When I try to make the effort to explain why homeschooling is, in fact, a viable option for children who simply do not fit into the well-defined box, I offer this analogy:

What if ten highly credentialed educators, from different backgrounds and experience are given the task to list 1000 things children should learn by the time they reach 12th grade. Can we expect that all ten completed lists will be exactly alike? Can we make the leap that because of individual intelligence and focus, there will likely be as many differences as similarities?

Which list would be the best though? The one that needs to be adhered to? Why? Who gets to pick?

I’m not a good debater. I don’t have what it takes to stand up to naysayers and those who feel that the concept of public education is sacrosanct. All I can say is, in February a kid who was sinking beneath the weight of being seen as unable, unacceptable and unworthy, has bloomed, has learned, has written, studied, expressed himself in art and music, science, math, social studies, and has regained his sense of humor and confidence in four months.

What is that worth? Is that success then? Does this count? What is the point of education if not to advance learning - true learning - actually adding knowledge to the internal data base?

I know all about the road less traveled. I’ve been hacking out my road for my entire life so I understand all too well what it feels like to be the one who just has to do it differently in order to get it done.

So, today, this first day of summer break, I salute all educators, those who stick it out regardless the uphill climb to actually teach in what is often untenable situations in this era of lack of respect and discipline and government overreach.

I also salute all those individuals who have chosen to take on the challenge of teaching in the home for whatever reason.

I might not be skilled in arguing the point but I reject that excellent education is defined by how rigorous it is to attain. That falls under logical fallacy.

(Proverbs 22:6) Train up a child in the way he should go: and when he is old, he will not depart from it.