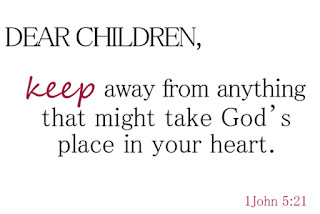 I’m always fascinated by how much can be said in the fewest words used. Scripture is a great example of this. Christ said, “Come, follow me.” Three words, an offer, not a command, fraught with all manner of possibilities.

When I read long passages of quotes from people claiming to have heard from God, I stop and think of how different and simple God’s words are represented in Scripture. The key word here is ‘think’. I try to use my brain not my feelings. And here is why:

The devil is on the prowl, dear hearts, ever searching  for our weak spots, our unlocked backdoors, so that he can get inside and reroute us. None are immune to satan’s tactics. We must be on guard at all times lest we get segued onto rabbit trails that waste time and lead to dead ends. Our emotions and feelings are a necessary part of living here, but also often our most vulnerable traits.

Recently I’ve had an opportunity to have in depth exchanges with a friend. We are both dismayed by and concerned about a rising trend that we see as falling within the realm of idol worship but I also see as just another form of a technique that has worked for eons - which I refer to as Blurring the Lines.

As my friend and I have shared experiences and conclusions with each other I realized I do need to speak about this even though I don’t want to because it isn’t likely to go over very well with many folks. But let me preface this by saying I am not preaching. I am not finger pointing or judging. I’m calling for opened eyes even as I feel somewhat akin to Jeremiah here, knowing that what I have to say few will likely agree with.

I have watched this growing trend of animal worship building for some time now. I do believe it began by humans finding it more and more difficult to have meaningful relationships with other humans. It’s not just loneliness though, now that it has become a full blown accepted stream of consciousness. I know people who have families and large circles of friends who are obsessed with their pets, treating them as though they are their children. There is a common thread of transference in this and can also be referred to as inordinate affection.

I am familiar with how this type of thing begins with some sort of kick off and then grows so deep and wide no one remembers how it got started. Human behavior is fairly predictable if you know how to spot the signs. And in nearly every case, there is always a seed that takes root and then grows into a huge thorny, out of control noxious weed no one knows how to get rid of. Humans always over do. That is a given.

But what is happening now, trying not to oversimplify, is just another blurring of the lines. Humans elevating animals, pets into full blown equals. Once upon a time people loved their pets but didn’t let their pets rule them. Now, pets are perceived as co-habitants whose needs always supersede the humans in the house. Life schedules revolve around the needs of the fur baby who now owns the owner. Ever go to a Petsmart? All things pets is a huge multimillion dollar industry.

Here’s the rub though - it is so rampant, so fully accepted as the norm, the ‘moral’ reality, if anyone dares to point out the absurdity of it all, that person can expect to be vilified by the Fur Baby Nazis.

Can you stop and see the pattern here? The red flags?

It’s just another version of how antichrist spirit is manipulating and reordering our priorities, redirecting our sensibilities so that we are easier to misguide. If we can no longer recognize  (discern) the feel good lie, we are then conditioned to be fully ripe to be lied to and led away from the greater truth.

Apparently it’s working particularly well in this age.
First, we need to stop basing our opinions on how we ‘feel’, trusting our ‘feel good’ emotions instead of our common sense. We need to start thinking again instead of just feeling because it makes us way too malleable.

Be vigilant, dear hearts, satan is questing. He is super good at redirecting our focus, using our humanity against us. Causing us to misplace and misuse our compassion. Humanism is a cheap imitation and not the worship of Christ. Human compassion is not Christ’s version of compassion.

Worshipping creation is not the same as worshipping the Creator.


There’s a backstory, a story and side story on this one.
The Backstory:
Do you remember being thirteen? The swarming/fluxing, irrational, sometimes manic, feelings of emancipation/uncertainty mixed liberally with bravado/timidity? Alternating levels of adultness and childishness?
Thirteen is a special kind of rite of passage and very few humans get to sail through without at least some kind of challenge to angst filled change. Mostly rising hormones are to blame but there’s also a large dose of the fledgling syndrome added to the fray - little bird compelled to try its wings with gusto and share with the world everything it’s gotten thus far.
As long ago as it was, (let’s skip the jokes about the Dark Ages please) I do recall the year I survived being thirteen. And because I am old I can also recount living through two more seasons of thirteen via my own children and then yet again through theirs - for pete’s sake!
Times change, culture shifts, words and perceptions are redefined, but thirteen is something of a predictable unavoidable test, I think. However, in this super hyper connected, digital world, I fear it is tougher now than it used to be. There are treacherous conditions I didn’t have to deal with as I was navigating through the uncharted waters just beyond the safe harbor of childhood that today’s young teens must be prepared for. Most are not prepared, though, because thirteen sneaks up on you, for one thing, and young kids are exposed to so much nowadays they give off the illusion of being older than their years long before thirteen appears so there’s a blindspot.
I don’t know where this is going or how it will end. I just know that the poet/lyricist in me wanted to call out and focus on all that being thirteen is.
The Side Story:
Sometimes, when you are doing something, a serendipitous moment happens, that thing you didn’t plan but it inserts itself on its own as though it was part of the process all along.
One day, working on this project, I was recording a practice run with my ukulele and just as I hit record, a mockingbird, sitting on the chimney, started its repertoire. I didn’t mind, since it was just a practice run. But then when I played it back I was stunned how well it fit - I do love serendipity because sometimes it’s better than anything you could think of on your own.