The Difficulty of Simple 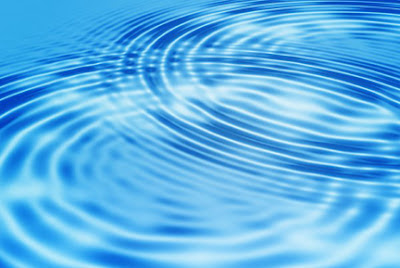 Me:
But you know there are things you learn as you grow in the spirit that you can’t really share with anyone else because they aren’t there yet so you can’t know what you don’t know but you also can’t share what someone else can’t understand either. Amazingly it gets simpler and simpler too.

Loved One:
We belonged to an adult Bible Study group for awhile and one time the task was put out for us to write about our perspective on God. I dashed off a sentence and then watched as everyone else penned lengthy treatises. All the pages were turned over to be read aloud.  When our group leader’s eyes shot up I knew he had come to mine.

Then he shared it with the group: “I just want to get out of my own way so I can get into God’s.”

Our conversation then segued into how ancient it all is, the modern view. Loved One pointed out that it’s all recorded in the Bible, more than a history lesson it’s a review of what to expect from humans into the future. We pondered the enigma of how humans just keep doing the same thing over and over. I told him about my experience helping my grandson with his essay assignment on The Crucible and the conclusions we came to. I said the most common human theme is building a golden calf to worship because they can create what they worship to their own specifications.

Me:
You know it comes down to human desire for control.

Loved One:
But why?

Me:
Avoidance of accountability. If you can periodically change the rules to fit the current meme, you don’t have to answer to some ancient hard-nosed rules as set forth by some cranky old Divinity declared to be a fairytale.

Me:
Because you can’t get it unless you want to get it and you have to want to get out of your own way first.

Some conversations can be so simple they can send out ripples into the continuum. 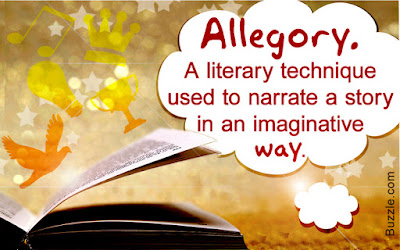 The word ‘allegory’ came up while teaching the subtle art of compelling written communication. My grandson needed help with an essay on The Crucible by Arthur Miller. After we determined our theme, ‘nothing new under the sun’ we plowed through the syllabus, careful to include the required number of paragraphs and quotes. And then, just as we struggled for a riveting conclusion, an interesting fact popped up in our online search for inspiration.

Turns out The Crucible, a play about the Salem Witch Hunts of 1692, was written as an allegory. We paused to explore the definition of allegory - something that looks like something but has a hidden meaning. Arthur Miller had been caught up in the hysteria of the four years between 1950 to 1954 as Senator McCarthy led the charge in the modern day ‘witch hunt’ resulting in life-altering accusations of Americans, mostly performers and artists, being declared to be Communists. Resulting in charges and grilling before Congress. Declarations of guilt with no due process or proof, resulting in lives disrupted and destroyed. Miller used the play to expose how absurd and irrational easily aroused, collective hysteria is - how much damage it does.

We realized our theme was about human nature and how it never grows up. How history repeats and circumstances change, but people act and react in the same way. Over and over again - with the same results - nothing good. Tearing down instead of building up.

We summed it up by determining that human nature is the problem because it can never grow up.

So, I mentored my grandson through the process of getting a required essay done, but it turns out I am the one who learned the lesson. I doubt his teacher will ever know just how much education was added on to my grandson or me because of this shared exercise. He said, with satisfaction, he thought it was probably not going to be like anyone else’s essay.

I told him that’s because it is an allegory. The reader will see the message about human nature but the hidden meaning is about how we really learn.