I’m not a political speech writer, (though I did stay at a Holiday Inn once), so no one, especially not a candidate for the office of president would pay me no never mind.  Me, being a little ole grandma who remembers being American was an honorable condition and certainly nothing to apologize for. But if I had the opportunity, I’d love to give it a shot, to write the speech that I’d like to hear Trump give. Since he is never going to see this, out of nothing more than complete frustration, I’m going to say it here. 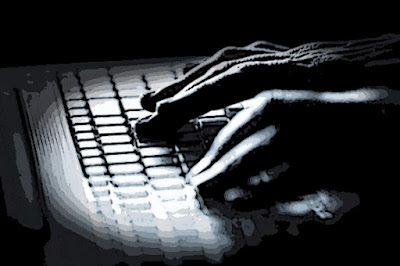 I’m just an old school American - I grew up standing for the Pledge of Allegiance, hand over heart. I know the words to the Star Spangled Banner and I have no problem belting it out when our Anthem is played. I’m pretty average, as legal citizens go. I’m friendly and I've worked hard and paid my taxes, even though I know I have little input in how those funds are wasted... uh...dispersed by bureaucrats.

While I’m not notable or famous or one of the ‘beautiful people’ I am known to be reliable and I have what is now considered old fashioned ethics and common sense, traits that seem to be dying out in this age of anything goes. Though I am not special, or influential in any way, I also believe I am not unique in another regard. I would like to believe that most Americans, over the age of 40, are just like I am.

If I might be so bold, I’d like to offer up the words I’d love to hear you say, here in the final stretch.

Hello, my name is Donald Trump. I’m running for the office of the president of the United States of America.

First of all, I’d like to get a couple of things out of the way. I assume everyone listening to my voice knows all about my opponent’s issues - the Benghazi fiasco, her erased emails, her hidden server and lies about the classified emails passing through, her foundation that’s basically a money laundering shell company, and her husband’s history of rape and abuse of women, that she not only condoned but then vilified those unfortunate women, whose lives have been ruined. If you don’t know about these things you must have been on a desert island somewhere for the past four years. Therefore, there’s not much reason for me to recap all these things. So I won’t.

What I want to address, at this late hour, which is way more important, is the next four years hanging in a critical balance. There has been so much damage done to this country in just the last eight years, I can’t stand here and promise that I can fix everything that’s been done to us under the present administration. Not even Superman can do that. I can’t know, for sure, how the Congress will react to my presidency and whether or not they are too far sold out to the high bidders. I can say I have a decent track record in being able to work with all sorts of people and I can only promise to utilize those skills to the best of my ability.

What I also can promise, upon assuming office, is that I will make some immediate changes that will prove I am sincere in my determination to stop the bleeding. To be sure, we are bleeding out. Our economy, our military, our way of life, all the attributes that have made this country the envy of the world, are now on life support, regardless what the elite and their media tells you from their view from their ivory towers.

I don’t presume to know the future but I know that, in the here and now, some vital changes must occur to stop and turn around the Fundamental Change that has been put into place with little to no resistance from the Supreme Court and the Congress.

Now let me speak as plainly as possible here:

Your vote matters. Voter fraud is a real and present danger. If you choose not to vote at all, you actually choose my opponent by default. If you choose my opponent you choose the path of least resistance to the complete destruction of the values that established and raised this country to its peak. In less than five years this country and all it has stood for will not stand for you any longer; strangers will have more rights than you.

We have always believed this country was too big and too great to fail and could never be destroyed by outside forces. We never imagined it could happen from the inside out.

If you choose to vote for me, even if it makes you wince at the thought, at the very least, you can count on a conservative appointment to the Supreme Court, which can stem the tide of laws that are waiting to reorder our American way of life. You see, I and my family will be negatively impacted just as you and yours will if we continue on this downward spiral. You see, I have a deep and abiding desire to save this country for the sake of my family as well as yours.

Ultimately, I am the only person willing and able to stand up to the force that has gained so much power with intent to deconstruct this great country. My opponent promises to finish the job already well underway.

I am standing here today, speaking about this, even as the media and the establishment is shocked to the point of disbelief to find out that Americans are sick and tired of political business as usual. They prosper as the majority of hard working Americans struggle to pay their health insurance, their mortgages and put food on their tables. Why is this not understood?

Again - the hour is late - you don’t need me to make rhetorical political promises or remind you of all the ways my opponent has proved herself to be untrustworthy. What you need is hope that someone is more interested in what’s in your best interest than in rising to a position of ultimate power over you.